VSiN, The Sports Betting Network, and BetRivers announced plans Monday for a national sports betting show to be broadcast from Rivers Casino in Des Plaines, Illinois. 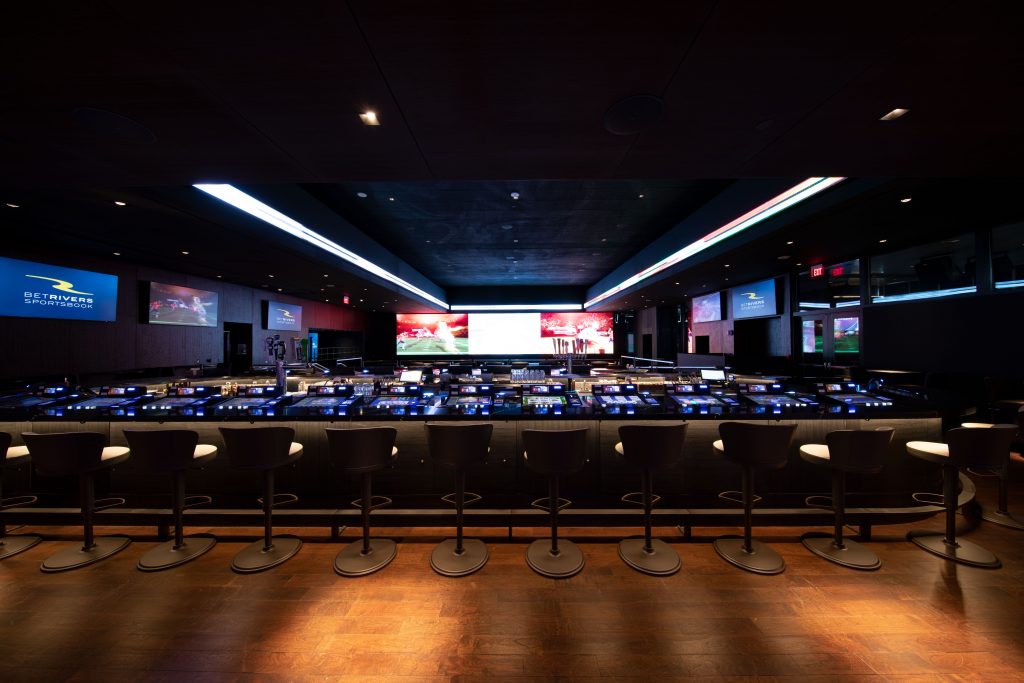 VSiN, The Sports Betting Network, and BetRivers announced plans Monday for a national sports betting show to be broadcast from Rivers Casino in Des Plaines, Ill.

It is the second such partnership for VSiN, which announced last week it was teaming with BetMGM in Las Vegas for a new sports betting television show called “Betting Across America.” The partnership with BetRivers will feature the show “Rush Hour,” hosted by Danny Burke. It will be the first sports betting show to originate from a sportsbook in Illinois, starting Tuesday and airing weekdays from 6 to 7 p.m. CDT.

Rivers Casino was the first to launch sports betting in the state of Illinois via BetRivers in March prior to the COVID-19 pandemic and was also the first to market with mobile sports betting in June. There are currently six retail sportsbooks and three mobile ones operating in Illinois, with remote registration for BetRivers, DraftKings, and FanDuel available through at least Sept. 19 following Gov. Pritzker’s recent restoration of Executive Order 2020-41.

If you haven’t seen it already, I’m very excited to announce my new role…

Starting tomorrow, I’ll be hosting a new show called “Rush Hour” which will air M-F from 7-8pm ET at the @RiversCasinoCHI sportsbook!

Can’t wait to bring some sports betting talk to my home city! https://t.co/h4NUd6puA9

For Burke, Rush Hour will be a homecoming as a Chicagoland native. He has been with VSiN since 2019 and currently hosts the show “Bet On, Chicago.” Prior to joining VSiN, Burke was a producer and play-by-play reporter for the ESPN affiliate in Lincoln, Neb.

“Hearing the news, obviously as someone who grew up in the Chicagoland area and has always aspired to be in sports broadcasting, it’s a dream come true,” Burke told Hoosier State Bets, recalling days of wagers with friends while growing up. “I didn’t envision being in sports broadcasting with an emphasis on sports betting, but I became infatuated with it. I visited my sister in Las Vegas, knew of VSiN and then moved in with my sister.

“I got in with someone through a mutual connection and I knew it’s exactly what I wanted to do.”

The agreement will allow Burke to draw on regional betting insights from BetRivers analysts across the country as lines move throughout the day. BetRivers currently operates sportsbooks in five other states in addition to Illinois — Colorado, Indiana, Pennsylvania, New York, and New Jersey — and has plans to expand into three more over the next six months.

Burke feels drawing on the information from those respective sports books will allow him to explain how things work to newer bettors and also offer perspective on those movements potentially affecting bettors in Chicago.

“The cool thing, from a novice’s perspective, is we get access to those analysts and provide all that information and all that action — in Colorado, in Pennsylvania, and then compare it to Chicago,” he noted. “I think there’s a lot of important factors bettors need to know.

“BetRivers is gaining prominence across the country, and people want to see things like where the sharp action is. We get to deliver the information of what BetRivers is seeing behind the counter. People are very interested to know what the book is rooting for, how it compares to their bets and what sharps are betting.”

“Rush Hour” will be one of seven live shows on VSiN’s daily weekday lineup.

“As BetRivers.com emerges as one of the top sportsbooks in Illinois and across the United States, we couldn’t be more excited to launch the first national sports betting show out of Illinois with our friends at BetRivers,” said Brian Musburger, founder and CEO of VSiN. “Not only because of the importance of the Illinois sports betting market, but also because Chicago was the birthplace of VSiN and a place so many of us on the team have called home over the years. It’s amazing to come home and partner with BetRivers to deliver the most credible sports betting news and analysis available in the industry.”