Despite generating a record sports betting handle in the four U.S. states where it operates, theScore reported a net adjusted gaming revenue for the sixth consecutive quarter. 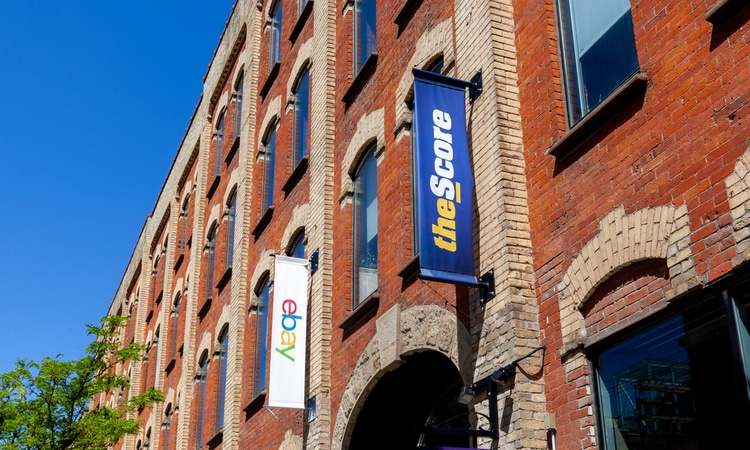 TheScore entered its fourth state for legal sports betting during the most recent quarter, serving as the mobile sportsbook for Ameristar in Council Bluffs, Iowa, beginning in February. Its mobile sportsbook had already been in operation in Indiana, Colorado, and New Jersey, and accepted $81.6 million CAD in wagers across the four states for the quarter. The total represented a 46% improvement from the first quarter and a 491% improvement year-over-year.

“Following the launch of theScore Bet in Iowa in mid-February, our mobile sports betting platform is now live in four states as our market rollout continues on schedule,” theScore Chairman and CEO John Levy said. “We’re successfully building our user base and leveraging our media audience, while simultaneously welcoming new users to our platform as demonstrated by the year-over-year and quarterly sequential increases in gaming handle this quarter, including a nearly 200% increase in our New Jersey handle compared to the year-ago period.”

Last month, theScore also announced it had reached a 10-year agreement to gain market access into Illinois via Harrah’s Joliet Casino. While the hope is to launch during the second half of the year, neither Harrah’s nor theScore has yet submitted their applications for a Master Sports Wagering owner’s license and a Management Services Provider license, respectively, to the Illinois Gaming Board, according to its official website.

Additionally, theScore’s timeline for entry may have been altered with Illinois Gov. JB Pritzker’s recent decision to let Executive Order 2020-41 lapse, which had suspended the in-person registration provision for mobile access for nearly nine months to help the nascent industry develop a foundation.

That quarterly loss lowered theScore’s overall quarterly revenue to $5.6 million CAD as it generated $8 million CAD in media revenue — a 17% improvement compared to the same period in 2020. Levy presented an overall optimistic view for the company going forward, citing the well-received IPO that will help build out its sports betting platform — including increased offerings of in-play wagering options in the United States — and the progress made towards single-game sports wagering in Canada.

“We will continue to enhance our media and betting ecosystem through investments in technology to further develop user personalization, unique betting offerings, and in-game prop bets, which are expected to be a significant driver of U.S. sports betting growth,” Levy said. “At the same time, we are working to expand our access into new U.S. states while continuing our preparations for the anticipated legalization of single-game sports wagering in Canada.

“We are very encouraged by the recent momentum in support of Bill C-218, which would legalize single-game sports betting in Canada. Our popular brand and dominant Canadian market position will enable theScore to participate as a market leader in what is expected to be a very large addressable market, including in our home province of Ontario.”