Indiana sportsbooks offset a sharp drop in handle with a strong win rate, topping $20 million in revenue for the sixth time in seven months. 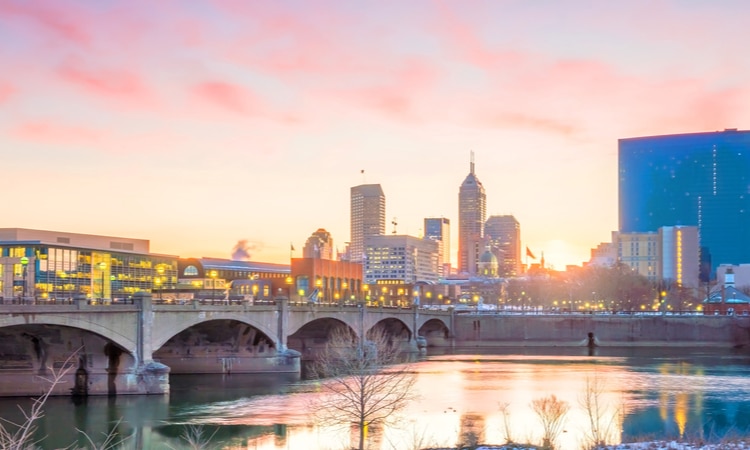 Sportsbook operators in the Hoosier State cleared $20 million in adjusted gross revenue for the sixth time in the last seven months despite a month-over-month drop in handle of more than 25% for April, according to figures released Wednesday by the Indiana Gaming Commission.

The books posted an 8.49% win rate to claim nearly $20.1 million in revenue from more than $236.4 million wagered. That revenue total, however, was still a 23.8% dropoff from March’s figure of more than $26.3 million, the second-highest since Indiana launched sports betting in September 2019.

The backslide from March’s handle of $316.7 million was expected. March features the NCAA men’s basketball tournament — one of the two biggest sports betting events of the year for the United States — and the 2021 version was an added draw in Indiana since the entire tournament was played in the state as part of COVID-19 mitigation measures.

April’s handle, though, was enough to push Indiana over the $1 billion mark for 2021 as bettors have plunked down nearly $1.2 billion in wagers through the first four months. The strong win rate by operators in April led to more than $1.9 million in tax receipts as Indiana became the eighth state to surpass $25 million in sports betting tax receipts in the post-PASPA era.

The online handle was slightly more than $209 million and accounted for more than 88% of the total handle. DraftKings again paced operators in both handle and revenue with $79.3 million and $6.1 million in those respective categories. FanDuel was runner-up in both spots, totaling $67.1 million in wagers accepted and nearly $5.7 million in revenue.

BetMGM extended its run of months with at least $30 million in handle to six and posted a 9.94% win rate while claiming nearly $3.1 million in revenue. PointsBet ($10.3 mm), William Hill ($8.5 mm), and BetRivers ($7.3 mm) rounded out the top six in handle, but theScore was the only online operator to see a month-over-month increase in handle, setting a new monthly high with nearly $3.2 million.

WynnBET, which launched in April as the second online skin of Rising Star Casino after receiving IGC authorization March 24, generated $411,778 worth of handle and claimed $47,206 worth of revenue. Those numbers easily outpaced the other online skin of Rising Star as TwinSpires — formerly known as BetAmerica — had a -5.63% win rate after paying out $167,631 on $158,702 in bets.

Though it failed to reach $10 million in handle for the first time since last September, Hollywood Casino in Lawrenceburg near the Ohio and Kentucky borders continued to be the top draw for retail sportsbooks with more than $8.4 million in handle. It also accounted for 40% of the more than $3.3 million in revenue generated from in-person wagering, collecting more than $1.3 million while posting a win rate of 15.85%.

The two Northwest Indiana casinos closest to the Illinois border — Ameristar and Horseshoe Hammond — combined to attract more than $8 million worth of wagers, but had widely different outcomes in terms of revenue. Ameristar, which is a Barstool retail sportsbook, had a 14.84% win rate as it generated $770,756 in revenue, but Horseshoe paid out $16,640 more than the over $2.8 million in wagers accepted.

The state’s two race tracks — Indiana Grand and Harrah’s Hoosier Park — accounted for nearly $7.3 million in handle when including the three Winner’s Circle locations for off-track betting. The overall win rate spanning the five locations was 9.79%, resulting in $714,596 in revenue.