Rivers Casino in Des Plaines unveiled its plans to add approximately 725 gaming positions to its Illinois location as part of an $87 million expansion that could open as early as spring 2022 with zoning and regulatory approvals. 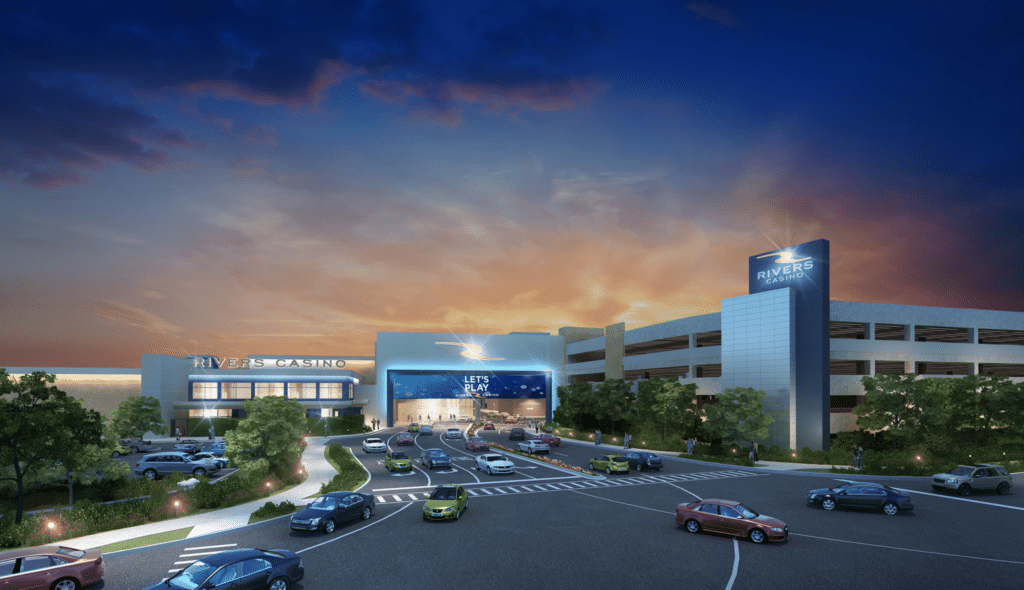 Rivers Casino in Des Plaines, the top performing venue among the 10 casinos currently in operation in Illinois, unveiled plans to add approximately 725 gaming positions as part of an $87 million expansion plan.

The expansion, pending zoning approval by the city of Des Plaines and regulatory approval from the Illinois Gaming Board, would make Rivers Casino the first in the state to reach the maximum 2,000 spots as allowed in the gaming expansion bill Gov. JB Pritzker signed into law in June 2019 that also legalized sports betting.

“Rivers is Illinois’ most popular casino destination, and with this expansion we are continuing to  focus on our guests to earn their loyalty,” Senior Vice President and General Manager of Rivers Casino Corey Wise said in a statement. “We were the first casino to become land-based to expand our gaming floor.

“BetRivers was the state’s first sportsbook to open and we provided fans with the state’s first mobile sports betting option. When complete, we will be the first casino in Illinois to offer our guests 2,000 gaming positions.”

Despite being open for just 13 days in January at 50% capacity after Illinois advanced into the state’s Phase 4 of COVID-19 mitigation, Rivers was far and away the top revenue generator in the state as the IGB reported $26.2 million in casino gaming revenues. The Des Plaines location accounted for more than half of the state’s $5.4 million in revenue from table games, and the more than $8.7 million in overall revenue was nearly one-third of the state’s total.

Rivers’ plans call for an 78,000-square foot, two-story building to be built between the existing casino and the parking garage. The first floor would be home to a new restaurant and expanded table game and slot offerings, with 260 table game positions and 439 slot machine positions. The second floor would feature a 24-table poker room, a 10,000-square-foot ballroom for live entertainment and private events, and a dedicated area for slot machines.

“With this proposed expansion, we will be able to offer our guests more of the entertainment and dining options they enjoy, additional gaming opportunities and a long-desired poker room,” Rush Street Gaming CEO and co-founder Greg Carlin said. “We have always offered a first-class  experience for our guests. As the economy re-opens, we’re excited to raise the bar and provide them with an even better experience.”

Rush Street Gaming plans a formal zoning submission later this month and is hoping for city and regulatory approval in time to begin construction in the spring, intending a spring 2022 opening.

Rivers’ location in Des Plaines makes it the closest casino to downtown Chicago, but it does face competition from venues just over the state line in Indiana. Additionally, Pritzker’s expansion bill allows for a casino to be built within Chicago’s city limits, and Mayor Lori Lightfoot was able to take a large step forward toward that end last May with an overhaul of the gaming tax rates to attract potential operators.