Ex-Spectacle Gaming CEO Rod Ratcliff sold his shares in Hard Rock Northern Indiana and permanently relinquished his gaming license, ending a months-long feud with the Indiana Gaming Commission that will allow the new casino to resume work towards opening this year. 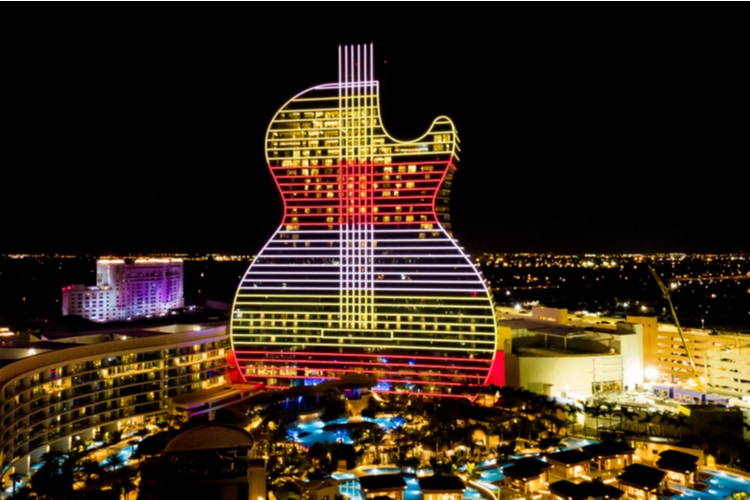 Ratcliff’s full divestiture from Hard Rock allowed the two Majestic Star casinos to resume moving gaming equipment from their lakefront locations to the land-based casino in Gary. The Indiana Gaming Commission placed a pause on moving the equipment in late December when it issued an emergency 90-day suspension of Ratcliff’s license following a year-long investigation following his connection to a federal campaign finance probe.

The former Spectacle Gaming CEO filed a lawsuit against the IGC in January, claiming it acted wrongly in issuing the suspension since he was given “no notice, no hearing, and no process before they stripped him of his license” while trying to sell his shares in the casino. Ratcliff’s selling of his shares and relinquishing of his license also ended all legal and administrative proceedings between him and the Indiana Gaming Commission.

Hard Rock disclosed in a December meeting with the IGC it had made two offers for Ratcliff’s shares, which accounted for 22% of Spectacle Entertainment. While no financial terms of Hard Rock’s purchase of those shares Tuesday were disclosed, IGC Executive Director Sara Gonso Tait noted in a statement that the company “remains a minority shareholder” in Hard Rock Northern Indiana.

“Since its November business meeting, the Indiana Gaming Commission has worked to enable the Gary casino project to continue under difficult and unprecedented circumstances,” Tait also said. “With little progress from the parties in resolving their regulatory problems at the end of January, the Commission required Hard Rock and Spectacle to participate in mediation, one of our last remaining available tools.  We’re pleased the mediation was successful and the parties were able to reach an agreement that satisfies the Commission’s initial concerns.”

Though it did not elaborate on a potential timeline for its grand opening, Spectacle Entertainment Chair and CEO Jahnae Erpenbach released a statement that read:

“…we are certainly pleased that an agreement has been reached among Rod Ratcliff, Spectacle Entertainment, Hard Rock International and the Indiana Gaming Commission, allowing the project to move forward. We appreciate the cooperation and assistance of the Indiana Gaming Commission, as well as those who worked diligently to resolve this situation. We look forward to the successful opening of Hard Rock Casino Northern Indiana and the substantial benefit it will bring to our team members, community and guests.”

Immediately after all parties reached an agreement with Ratcliff’s full divestiture, Tait rescinded the pause on the inland project that allowed gaming equipment to be moved and dedicated IGC staff to help the casino open.

Hard Rock had originally targeted a springtime 2021 opening when it broke ground in January 2020. Regardless of when the official opening takes place, Hard Rock Northern Indiana will be part of a competitive gaming scene in northwest Indiana that includes Ameristar Casino in East Chicago and Horseshoe Hammond.

All three venues are within 35 miles of downtown Chicago, with the closest Illinois-based casino being Rivers in Des Plaines — 18 miles west of “The Loop.”