The Pokagon Band of Potawatomi Indians and the state of Indiana reached agreement on a tribal-state compact that would allow Class III gaming, including sports betting, at its Four Winds Casino in South Bend. 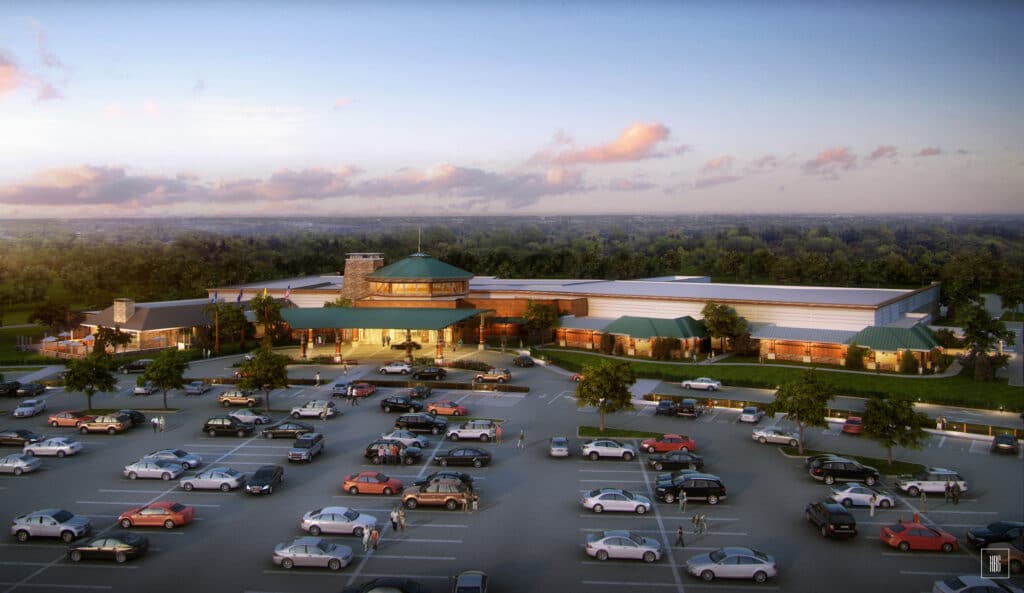 The Pokagon Band of Potawatomi Indians announced Thursday it had reached an agreement on a tribal-state compact with the state of Indiana to offer Class III gaming at Four Winds Casino in South Bend, which could result in the tribe offering sports betting.

The agreement comes after a long negotiating process that began in August 2019 when the Pokagon Band sent a letter to Indiana Gov. Eric Holcomb asking to initiate discussions. Indiana Gaming Commission Executive Director Sara Gonso Tait negotiated on the state’s behalf, and the two sides will explain the terms of the compact to the state legislature prior to ratification. If the compact is ratified there, it will then be sent to the U.S. Department of the Interior, which oversees Indian gaming.

“A first in Indiana’s history, this compact was executed in accordance with state law and federal law and obligations and recognizes the sovereign rights of both the State of Indiana and the Pokagon Band,” the Pokagon Band said in a joint statement. “It demonstrates the value of our ongoing government-to-government relationship and the commitment of each party to fulfill their responsibilities to their citizens while working cooperatively to comply with all applicable laws.

Federal and state law require the Governor to negotiate a tribal-state compact in good faith.  The executed compact comes after many months of negotiations and hard work,” Tait said. “The State team took great measures to ensure this compact complies with all state and federal laws and includes provisions permissible under federal law.  The State continues to be committed to an ongoing and productive relationship with the Pokagon Band.”

A casino with Class III gaming options could prove a lucrative draw on weekends come the fall during college football season when Notre Dame plays home games should COVID-19 vaccinations and other mitigation measures prove successful.

The compact calls for a 10% revenue share to go to state and local government, which includes an annual payment of 8% on the “Net Win” from all slot machines. It also notes the current local agreement that includes a 2% payment to the city of South Bend.

While the compact does allow for sports wagering on casino grounds, it does not address what it calls “off-reservation” sports wagering or iGaming. The Pokagon Band also operates casinos in New Buffalo, Hartford, and Dowagiac in southwestern Michigan and previously reached a deal with Kambi to power retail sports betting at all three sites in the Wolverine State.

Earlier this month, a bill was filed for debate in the Indiana state legislature related to online gaming by Rep. Alan Morrison.

The Pokagon Band — which has 166 acres of federally recognized tribal lands in South Bend — announced plans in September 2019 to expand Four Winds to include a 23-story tower with 317 hotel rooms and a convention center, with an original target date for opening in September of this year. On Thursday, it also made an $866,000 contribution to the city of South Bend and various local non-profits as part of a five-year agreement that started under then-mayor and current U.S. Transportation Secretary nominee Pete Buttigieg.

Launched in September 2019, sports betting has been a popular add-on to casino gaming in Indiana, generating more than $2.2 billion in handle, $180 million in revenue for casinos and horse racing tracks across the state, and $17.1 million in state tax revenue. Casinos in the Hoosier State generated $151.2 million in revenue in December and an additional $24.3 million via sports betting.