PointsBet and Hawthorne continued its bracketing of Chicago with the opening of its second retail sportsbook at an OTB location, this one coming at Prospect Heights in the northern suburbs of the city. 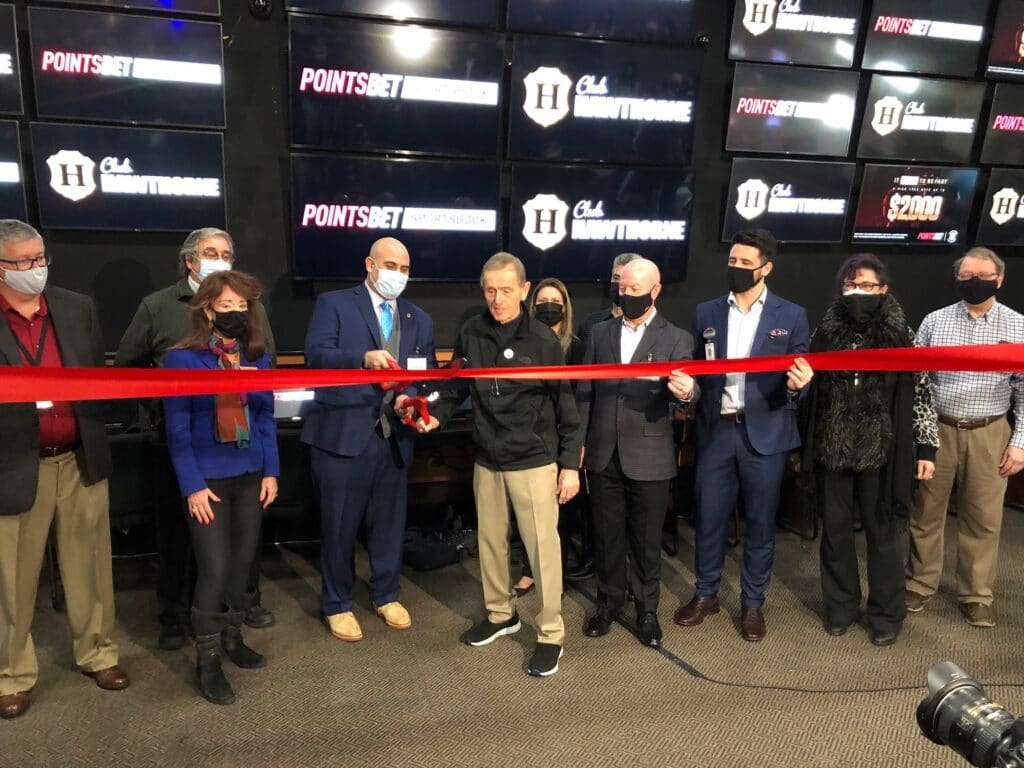 The Australian-based sportsbook and Hawthorne Race Course based in Stickney — just south of downtown Chicago — opened Club Hawthorne in Crestwood in the south suburbs in early February. The third location will be in the western suburbs of the city in Oakbrook Terrace.

“This is all about having fun, enthusiasm, and enjoying yourself,” said Hawthorne CEO Tim Carey at the unveiling, which included Prospect Heights Mayor Nicholas J. Helmer and Illinois state Rep. Jonathan Carroll among the attendees. “Because of PointsBet and having the opportunity for sports betting, now we get to have that fun.”

Prospect Heights is approximately 25 miles north of downtown Chicago, and its location along the Lake and Cook County borders will give PointsBet the opportunity to vie for bettors’ attention with Arlington International Racecourse.

Hawthorne’s second OTB-sportsbook opening comes one day after Fairmount Park on the opposite side of Illinois near St. Louis rebranded itself FanDuel Sportsbook & Horse Racing while opening its retail sportsbook. The rebranding gave FanDuel two retail books in the state, with the sports betting titan also operating counters at Par-A-Dice Casino in East Peoria.

Hawthorne and FanDuel are both in the process of building their respective tracks to be racinos as allowed by Illinois Gov. J.B. Pritzker’s gaming expansion bill signed in 2019 that legalized sports wagering in the state. Carey added that Hawthorne and PointsBet’s opening of a third retail sportsbook in the Chicagoland area is “another step” in Illinois “being competitive with other states to create jobs and livelihoods” for the horse racing industry.

Carroll, who is co-sponsor with Rep. Bob Rita of a bill seeking to bring internet casino gaming to Illinois with a focus on online poker, said things have gone practically as well as possible for sports betting in the state, given the issues the COVID-19 pandemic has created.

“I think it’s been great, we’ve given people a lot of options,” Carroll told Hoosier State Bets. “My conversations with constituents is that our apps work really well and I think people have been able to interact with stuff. We’ve kept the ability to bet at a level that’s affordable for people — if you want to bet a dollar or bet whatever you want to bet, the options are there for you, so I feel really good about what we’ve done.”

Pritzker’s repeated renewals of Executive Order 2020-41, suspending the in-person registration required for access to mobile wagering, have played a key part in Illinois hitting the ground running for sports betting. Carroll noted there was some surprise in “how smoothly it’s gone” in the first year.

“We’ve done a great job engaging and bringing in a group of people who want to do this,” he added. “The level of popularity with this — this is one of the things that we’ve done that the feedback has generally been great and people really like it.”

Filling a void in more ways than one 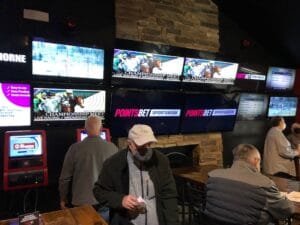 PointsBet’s entry into the north suburbs comes at a challenging moment for the horse racing industry in Illinois. This is expected to be the 94th and final season of racing at Arlington — owner Churchill Downs Inc. announced last month that it has plans to sell the property — which will leave Hawthorne and the formerly named Fairmount Park as the only two tracks in operation in the state come the fall.

Carey alluded to the importance of the gaming expansion bill in his remarks, lauding Pritzker, Chicago Mayor Lori Lightfoot, and the state legislature for getting a bill done after decades of little movement. Carroll also echoed Carey’s sentiment that launching this location is an important step forward in getting back to normal post-COVID.

“We can be from different walks of life, have different socio-economic needs, but if we’re a fan of the same team we have a brotherhood or sisterhood within that one thing. You have a close game, you have money on it, this place is going to be rocking.”

A look around Player’s Pub and Grill

The aesthetic of Player’s Pub and Grill is that it is a sports bar adding sports wagering options in addition to the pre-existing OTB and video gaming terminals. The sportsbook-specific section is behind the bar area, housing six self-serve kiosks and four in-person ticket counters.

Next to that wagering area is a large viewing area with 36 screens that can be configured for viewing both horse racing simulcasting and sporting events. The bar and restaurant area has an additional 40-plus television screens — 12 that are located just off the entrance to the sportsbook and another 30 that wrap around the bar area in a near-horseshoe.

As the pandemic appears to be waning, there is plenty of upside for sports betting to make an impact at Player’s Pub. The Prospect Heights location ranked fourth in both live Illinois racing handle and total racing handle for off-track betting sites with $475,858 and nearly $11.3 million, respectively.

It also ranked fourth among OTBs in average daily handle at $31,033, which accounted for nearly 7.6% of the $409,364 average, according to numbers furnished by the Illinois Racing Board.