At DraftKings, the Pacers have received lukewarm support in their home state to win the East, ranking fifth in handle among all teams. 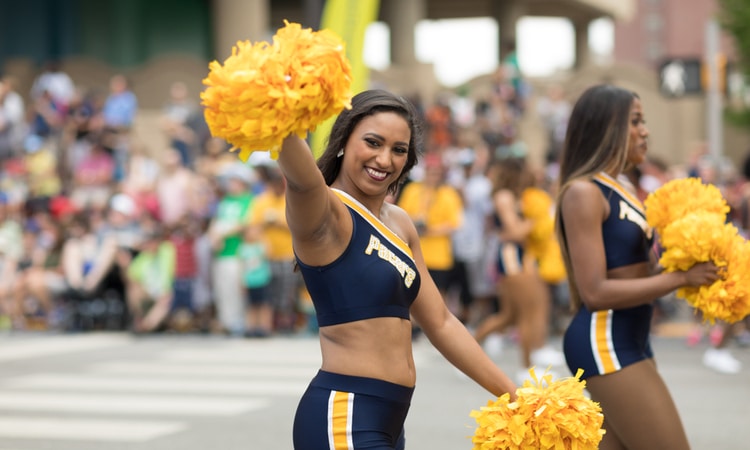 The Indiana Pacers crashed out of the 2020 NBA Playoffs in a resounding sweep by the Miami Heat, putting forth a dismal effort that largely cost former coach Nate McMillan his job.

In searching for McMillan’s replacement, the Pacers did not settle on a household name. Instead, Indiana took an unconventional route, digging deep to find a coach who fit the high standards set by Pacers President of Basketball Operations Kevin Pritchard. In the end, the Pacers selected former Raptors assistant coach Nate Bjorkgren, a disciple of Nick Nurse and hoops junkie reputed for his ability to adapt to opposing schemes on the fly.

Still, the Pacers have received tepid support in sports betting futures’ markets – even in their home state. In Indiana, the Pacers (40/1) rank fifth in handle at DraftKings to win the Eastern Conference. Support for the Pacers among Indiana bettors remains far below that of the Nets, Hawks, Celtics, and Sixers, four teams which typically garner relatively little regional backing in the Hoosier State.

During a truncated offseason, the Pacers made few upgrades outside of the NBA Draft. Without a first-round pick, the Pacers selected Cassius Stanley in the second round with the No. 54 overall pick. Stanley, a 6-foot-5 swingman from Duke, topped Zion Williamson’s school record of 45 inches in vertical jump testing, with a leap of 46″5. Stanley, however, could struggle to earn minutes in his rookie season behind veterans Victor Oladipo, Jeremy Lamb, and Aaron Holiday.

The Pacers will enter the regular season with a similar starting five that the team rolled out for the majority of the Orlando bubble. After a breakout performance in the bubble, T.J. Warren returns for his second season with the Pacers, while forward power forward Domantas Sabonis has recovered from a nagging foot injury. Nevertheless, the Pacers’ season winning percentage at DraftKings has been set at 54.5%, which means 40 wins will deliver the over.

Warren, a seventh-year swingman from NC State, presents an interesting case for bettors looking to cash on a season-long prop. Warren took his game to a new level in the Orlando bubble, scoring 30 points or more in four of 10 games. When Warren scored a career-high 53 against the Sixers on Aug. 1, he connected on 9 of 12 attempts from 3-point range.

At BetMGM, Warren’s season point average has been set at 19.5 points per game. Bettors will win $100 on a $110 wager for both the over and under. Warren has averaged at least 18.0 points in each of his last three seasons.

Other player props at BetMGM

🏀✅ Domantas Sabonis (plantar fasciitis issue) said that he's feeling "great" and he will not have any restrictions at #Pacers’ training camp.

*Plantar fasciitis is an injury that tends to only heal with prolonged rest, but it's not often a re-occurring issue.#NBAitalia pic.twitter.com/e0fHoXIJWj

Keep an eye on a few other intriguing props throughout the state. The Pacers have odds of -175 at PointsBet to make the playoffs, but odds of +140 to miss the postseason. At FanDuel, Indiana is the +1200 second choice to win the Central Division. The Bucks have overwhelming odds of -1450 to capture the division.

The Pacers open the regular season on Wednesday night at home against the Knicks. Indiana opened as 8.5-point favorites on the Vegas consensus line.