Churchill Downs Inc. appears to be ending its attempt to bring sports betting to Arlington International Racecourse in Illinois, and Chief Executive Officer William Carstanjen raised the possibility of selling the property. 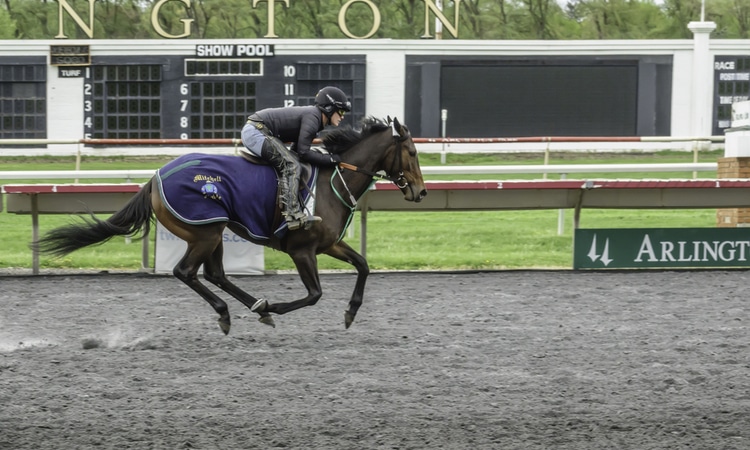 Churchill Downs Inc. appears to be ending its attempt to bring sports betting to Arlington International Racecourse in Illinois, and Chief Executive Officer William Carstanjen raised the possibility of selling the property.

Speaking on a conference call to discuss second quarter earnings for Churchill Downs Inc., Carstanjen answered questions about its holdings in the Illinois market. In addition to owning Arlington Racecourse, CDI purchased a 62 percent stake in Rivers Casino in Des Plaines — approximately 15 miles from Arlington — for $407 million in March 2019.

Rivers Casino operates BetRivers Sportsbook, one of two retail sportsbooks currently accepting wagers in Illinois and the only sportsbook currently offering online and mobile sports wagering in the state. Churchill Downs Inc. also is part of Rush Street Gaming’s bid to build a casino in Waukegan, one of six sites in Illinois approved for gaming expansion as allowed by the bill signed into law by Gov. J.B. Pritzker in June 2019.

Arlington Park is currently listed as an applicant for an organizational sports betting license with the Illinois Gaming Board. The state’s other two race tracks — Hawthorne Race Course and Fairmount Park — also have applied for sports wagering licenses as part of their plans to expand into “racinos” as allowed by the bill.

Hawthorne was unanimously approved for a Master Sports Wagering license at Thursday’s Illinois Gaming Board meeting and also deemed “preliminary suitable” for its casino expansion plans at that meeting.

After lobbying for years to legalize sports betting and expand casino gaming in the state of Illinois, Churchill Downs surprised many last August when they announced they would not pursue a “racino” license for Arlington. At the time, Carstanjen cited “an effective tax rate that would be approximately 17.5% – 20% higher than the existing Chicagoland casinos due to contributions to the Thoroughbred purse account” that would create a disadvantage in the state’s “hyper-competitive gaming market.”

The decision upset many in the horse racing industry and contributed to bruising contract negotiations that took place over the winter and spring months between the track and the Illinois Thoroughbred Horsemen’s Association. The bill Pritzker signed into law last year called for the two sides to have a written agreement in place for the 2020 racing season by Jan. 1, but the two-year deal between Arlington and the Illinois Thoroughbred Horsemen’s Association was not agreed upon until June 22, and that was with multiple tensions flaring during negotiations.

The live racing season began at Arlington on July 23, but Carstanjen raised the possibility there would be no live racing next year, saying, “we’re running a 2020 race meet and we have an agreement to run a 2021 race meet if we elect to do so” before removing any doubt about the long-term viability of Arlington:

“That land will have a higher and better purpose for something else at some point, but we want to work constructively with all of the constituencies in the market to see if there’s an opportunity to move the license or change the circumstances so that racing can continue in Illinois. But for us, we’ve been patient, thoughtful and constructive with the parties up in that jurisdiction. But long-term that land gets sold and that license will need to move if it’s going to continue.”

Arlington Racecourse is best known for the Arlington Million, a Grade I stakes race that began in 1981 and was the first thoroughbred race to offer a purse of $1 million. The race was not run this year due to financial issues caused by the COVID-19 pandemic, but it was scheduled to be run in 2021 along with Arlington’s other Grade I stakes race, the Beverly D.

Churchill Downs Inc. purchased Arlington Racecourse in June 2000 in a $72 million stock purchase from Richard Duchossois. The acquisition came during a period of consolidation for the horse racing industry as CDI also purchased Ellis Park in Kentucky, Calder in Miami Gardens, Fla., and Hollywood Park in California to keep pace with Frank Stronach, who had purchased high-profile tracks Santa Anita in California and Gulfstream Park in Florida.