A trio of Indiana sportsbooks opened Thursday ahead of NFL football the same evening, bringing the state's total to 11 books open so far. 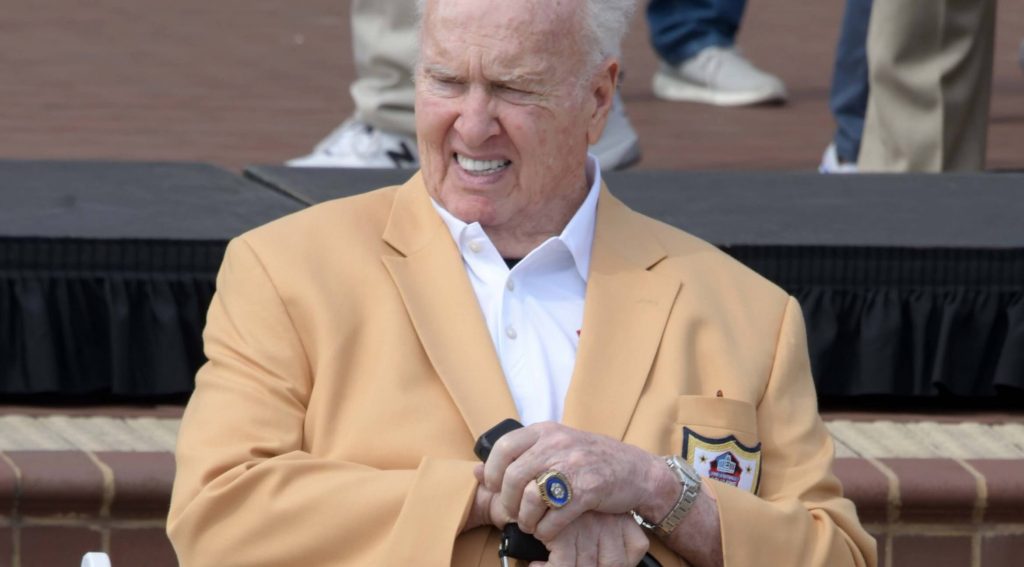 A trio of Indiana casinos opened their respective sports betting operations on Thursday, joining eight other properties in the Hoosier State with retail betting through kiosks and/or betting windows.

The openings come from Eldorado Resorts’ Tropicana Evansville, located in southwest Indiana near the Kentucky border, Horseshoe Southern Indiana (to be known as Caesars Southern Indiana come December), located outside Louisville, and Caesars’ Winner’s Circle Off Track Betting, also located outside Louisville. All three books will rely heavily on business from Kentuckians.

The Tropicana Evansville is notable for marking William Hill’s entry into the Hoosier State sports wagering market. WH, based in the UK, is a powerhouse sports betting brand.

The Horseshoe/Caesars opening was notable for who was placing the first bet. Former NFL player Paul Hornung, a native of Louisville, placed the first legal bet. Hornung, an NFL Hall of Famer and Heisman Trophy winner, was suspended for one season in the 1960s for gambling on NFL games through a connection in Las Vegas. He was eventually reinstated (the NFL found he didn’t bet against his own team), apparently thanks to support from Vince Lombardi, with his gambling ultimately failing to derail his career and reputation in the game. The 83-year-old played until 1967 and was inducted into the HoF in 1986. 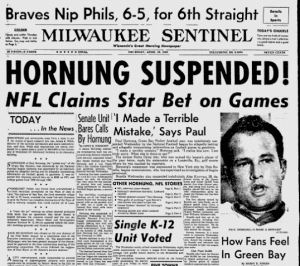 The selection of Hornung to place a ceremonial wager came despite Caesars being the official casino partner of the NFL. The league has long been opposed to legalized sports gambling, but it has warmed to the activity greatly since PASPA was overturned by the U.S. Supreme Court in May 2018.

While Hornung was able to emerge virtually unscathed from his gambling on NFL games, the NFL might not be super thrilled with the former Green Bay Packer placing a ceremonial wager at a casino belonging to its official casino partner. But maybe the NFL doesn’t care at this point, with legal betting now in 13 states.

A handful of local reporters were on hand to grab some multimedia of the historic day for southern Indiana gaming.

The first bet has been placed at The Book on Deck 2 of Horseshoe Southern Indiana! Paul Hornung, The Golden Boy, has picked Green Bay to beat Minnesota on Sunday, and New Orleans to win the Big Game! pic.twitter.com/QuJVUz7GET

We’re in Clarksville at Winners Circle for the presser launching sports betting at the facility. pic.twitter.com/2sI9ocz8nL

The William Hill Sports Book is taking shape! Soon, you'll be able to watch your favorite sporting events and make bets inside the Tropicana Evansville Casino. Stay tuned for more details as we get closer to the Grand Opening! pic.twitter.com/fkTPHvrrwU

Here it is in all its glory! Sports betting is now legal in Evansville. Can’t wait to enjoy! pic.twitter.com/SX6LpShfxb