The NCAA has announced plans to centralize the 2021 men's basketball tournament, with Indianapolis expected to be the focal point. 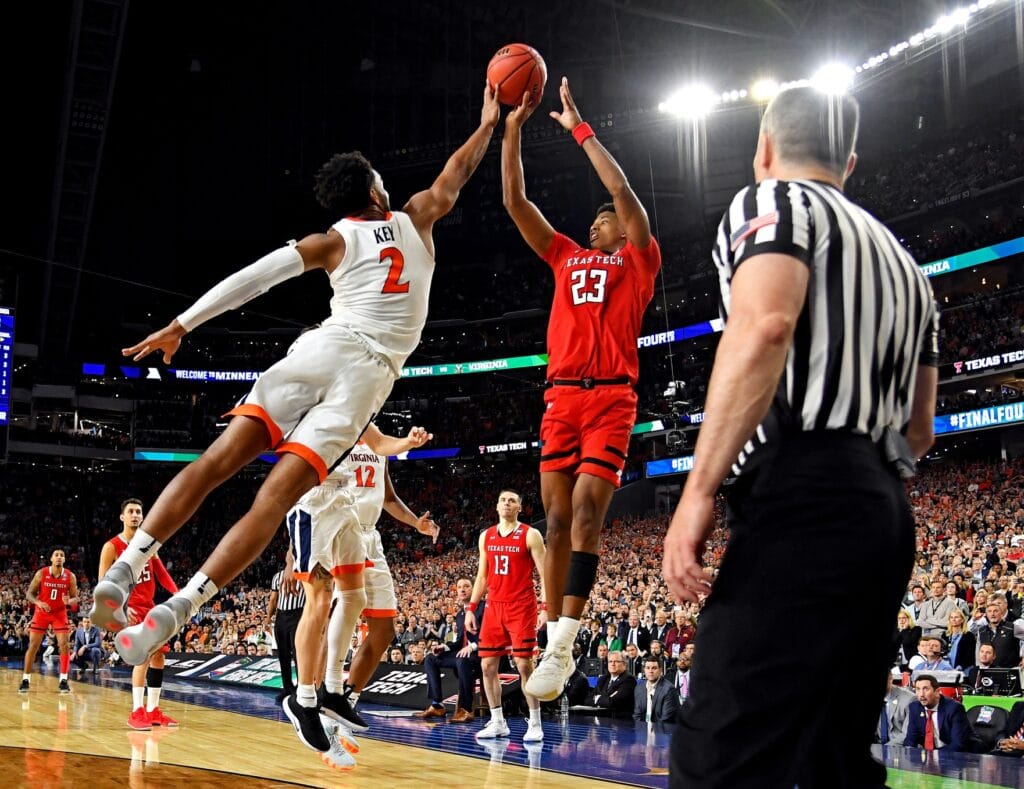 The NCAA announced Monday it would attempt to hold the entire 2021 men’s basketball tournament in one geographical area and stated it was in preliminary talks with both the state of Indiana and the city of Indianapolis to host “March Madness” as it is currently scheduled.

If Indianapolis — where the college sports governing body is headquartered — is indeed chosen as the site for the 2021 tournament, it would mark the first time a men’s NCAA Tournament game is played in a state where sports betting is legal. Indiana would have had that distinction in March had the tournament not been canceled due to the COVID-19 pandemic, as Lucas Oil Stadium in Indianapolis was scheduled to host the Midwest Region semifinals and final.

“My committee colleagues and I did not come lightly to the difficult decision to relocate the preliminary rounds of the 2021 tournament, as we understand the disappointment 13 communities will feel to miss out on being part of March Madness next year,” said Mitch Barnhart, chair of the Division I Men’s Basketball Committee and University of Kentucky athletics director. “With the University of Kentucky slated to host first- and second-round games in March, this is something that directly impacts our school and community, so we certainly share in their regret. The committee and staff deeply appreciate the efforts of all the host institutions and conferences, and we look forward to bringing the tournament back to the impacted sites in future years.”

The 68-team tournament is one of the cornerstones of the sports betting industry, played across three weeks in March and April in cities across the country, culminating with the Final Four. During the first two rounds of the NCAA Tournament, 52 of the 67 games are played over a six-day span from Thursday to Sunday, creating frenzied atmospheres at sportsbooks in multiple states as seemingly every game has something at stake for bettors.

The 2021 NCAA Tournament will be held in one geographic area.

Bowing to the realities of sports betting expanding nationwide on a state-by-state basis, the NCAA has accepted that it will be playing tournament games in jurisdictions where legal wagering takes place. In October, Nevada was awarded a regional for the men’s basketball tournament in 2023 — the first time an NCAA-sanctioned event will be played in the Silver State since 1991.

“While the NCAA seeks federal legislation to better regulate sports wagering, particularly to safeguard college sports competitions, we are excited to bring our national championships to Las Vegas,” said Dan Gavitt, the NCAA’s senior vice president of basketball, at the time of the announcements. “The city has hosted numerous championships sponsored by our member conferences, and the experience of the teams and fans has been overwhelmingly positive. We anticipate that being the case for our championships as well.”

Interested parties Illinois and Kentucky look on with intrigue

Since accepting its first legal wagers in September 2019, Indiana has quickly established itself as one of the more mature sports betting markets in the U.S. It has remote registration, which gives bettors instant access to online and mobile sportsbooks, and the Indiana Gaming Commission has consistently been receptive to sportsbook operators in terms of new offerings and adjustments.

Specific to college basketball, there are no carveouts when it comes to wagering. That means player prop offerings could be available depending on the sportsbook. Already a state well known for its devotion to hoops, having the NCAA Tournament could provide a notable bump to the sportsbooks situated on Indiana’s borders.

To the west, Illinois does not permit sports betting on in-state college teams. For the 2020-21 season, the state’s flagship school Illinois has been tabbed by some as a NCAA Tournament title contender and would be an attractive, season-long betting option.

Kentucky is also in the mix as a perennial power, and basketball-crazed fans in the commonwealth who follow the seven-time NCAA Tournament champions will travel to either Indiana or Tennessee — which launched remote-only sports betting Nov. 1 — to place their wagers since sports betting is still not available in the Bluegrass State.

Sportsbooks in Indiana are filling this void for Illini and Wildcats fans. BetRivers is currently the only Indiana sportsbook offering both outright conference and tournament futures, listing Illinois +350 to win the Big Ten and Kentucky +170 to win the SEC.

Kentucky is +150 to reach the Final Four and joint-second at +900 to win the NCAA Tournament, while Illinois is being offered at +250 and +1300, respectively. PointsBet has the Wildcats at +1200 and the Illini at +1600 to cut down the nets as tournament champions.

BetMGM lists Kentucky +1100 and Illinois +1400 to win the NCAA Tournament and also has a special Wooden Award winner futures in which Illinois guard Ayo Dosunmu is currently the second-best option available there at +400.