Houston furniture magnate Jim "Mattress Mack" McIngvale ventured to Indiana to make a pair of seven-figure wagers on the Astros to win the World Series at 10-1 odds, creating a potential $30 million in winning payouts. 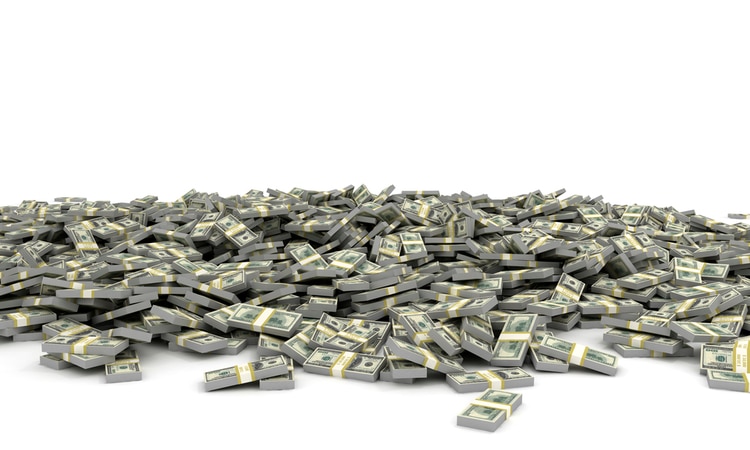 The Texas-based furniture magnate has made a pair of seven-figure bets in Indiana for the Houston Astros to win the World Series. The larger of the two is a $2 million wager at 10/1 odds with Caesars Sportsbook by William Hill,which would pay out $20 million in winnings. The $22 million overall would be the largest reported potential payout in U.S. sports betting history.

“It’s very cool that William Hill took that large of a futures bet,” McIngvale said in a statement through Caesars Entertainment. “Kudos for Caesars for stepping up and taking a big bet on the William Hill Sportsbook App. I’ve done a lot of bets with William Hill, and they’ve always been great to me. The execution has always been great.”

The other wager is a $1 million bet, also at 10/1 odds, through FanDuel, which operates mobile wagering through Blue Chip Casino. According to ESPN, McIngvale has also placed six-figure bets totaling $350,000 through DraftKings and theScore in Colorado, where he was able to grab the Astros at 16/1 odds.

The large wagers are nothing new to McIngvale, who makes the bets as a hedge against promotions he runs for his three Gallery Furniture Store locations in Houston. If customers spend $3,000 or more on mattresses at any of the stores, they can get their money back if the Astros win the World Series.

Jim McIngvale (@MattressMack)flew to Indiana to make monster bets on the #Astros.Jim wagered $2 million with William Hill Astros win the World Series & 1 million with FANDUEL. Both at 10-1. If Mack wins he gets $30 million + the wager. Gallery Furniture’s customers will also win pic.twitter.com/qtM2N8KFRl

McIngvale’s $2 million wager will be a notable one when the Indiana Gaming Commission tallies up the sports betting handle for its June report, as the state continues to punch above its weight when it comes to handle relative to population.

William Hill has performed fairly well since entering Indiana’s competitive online sports betting scene. It has become a top-five generator of mobile handle and cleared $8 million each of the last three months. Still, McIngvale’s wager could account for up to one quarter of all of William Hill’s action in June.

“This is a potentially historic bet, and it’s one that we love to take,” said Eric Hession, co-president of sports for Caesars Entertainment.  “We pride ourselves on our flexible limits in our sportsbooks and sports betting apps. This wager certainly makes baseball season a little more exciting for us, and we’re looking forward to seeing how that plays out.”

The $1 million bet McIngvale placed through FanDuel will go toward pushing the online sports betting titan over $1 billion in cumulative handle in the Hoosier State. FanDuel has been second to DraftKings in online handle in the Hoosier State in every full month of activity since November 2019, but in May, the $2.5 million that separated the online titans after FanDuel generated nearly $79.3 million in handle was the narrowest gap between them.

The Hoosier State is no stranger to big bets and large paydays. A bettor known as “Indiana Man” plunked down $1.3 million at Belterra Casino on Ohio State to cover a 7-point spread versus Clemson in the College Football Playoff semifinals in January, collecting more than $1.1 million in winnings.

While McIngvale has missed out cashing winning tickets on the Astros in recent seasons — they lost Game 7 of the 2019 World Series to the Washington Nationals after he bet $10.9 million for a potential $18.8 million total payout — he does occasionally hit a big one.

“Mattress Mack” in February placed a $3.46 million bet on the Tampa Bay Buccaneers +3.5 in Super Bowl LV, winning more than $2.7 million as they defeated the Kansas City Chiefs outright.