Longstanding debates over expanding gambling in Kentucky resurfaced during a bleak meeting Wednesday on a one-year budget. 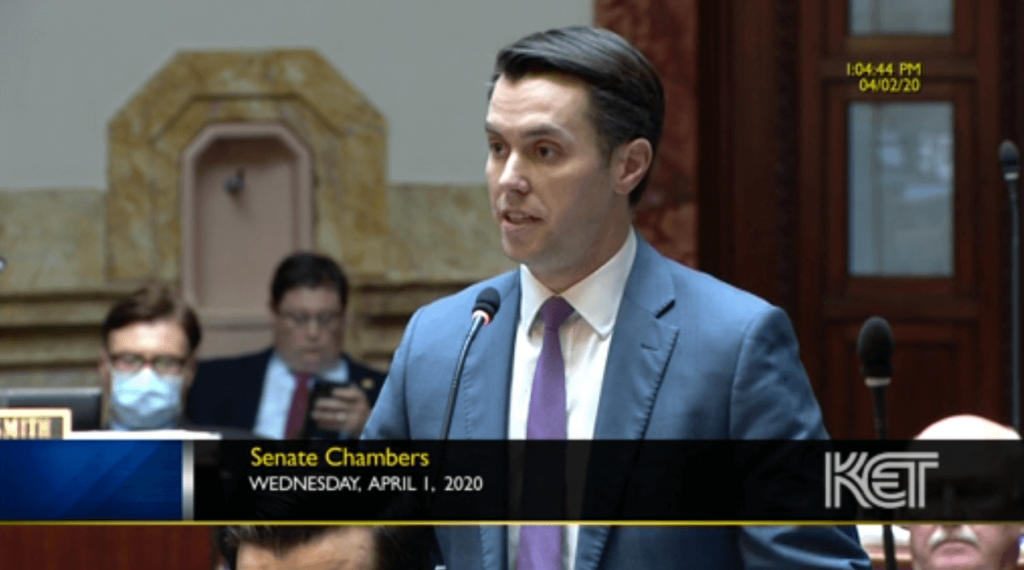 Though casinos across the country are closed right now, Kentucky is looking at a missed opportunity on gaming when contemplating state resources going forward after the COVID-19 crisis subsides.

The Kentucky Legislature approved a one-year budget on Wednesday. During the conversation in Lexington, the long-running debate about allowing Las Vegas-style casinos in the Bluegrass State resurfaced on the Senate floor. Kentucky lawmakers didn’t pass a bill this year that would have allowed retail sports betting at the horse tracks, as well as online/mobile sportsbooks and online poker sites.

There was talk of an effort to bring retail casinos to Kentucky, as championed by Gov. Andy Beshear, a Democrat, but the Republican-controlled legislature indicated months ago, like it has historically done, that any bill of that nature would likely be dead on arrival. Thus, it was a more limited gambling expansion proposal on the table this year. It was an effort to keep Kentucky competitive with neighbors West Virginia, Indiana, Illinois, and Tennessee, all of which have legalized sports betting.

The sports betting and online poker bill, sponsored by state Rep. Adam Koenig, a Republican from Erlanger, failed to gain traction in 2019, but it had much better prospects this session before the coronavirus crisis struck and derailed the process. Though Kentucky isn’t losing sports betting dollars to neighboring states right now thanks to the sports world being at a standstill, enacting legislation this year would have set Kentucky up for being competitive when sports return.

It’s another missed opportunity for the Bluegrass State.

Gambling dollars have long been leaving the Louisville area to a casino across the river in Indiana. Now, due to the coronavirus, Louisville is facing a potential economic activity loss of $400 million if the Kentucky Derby can’t take place this year. Kentucky horse racing regulators recently voted to approve the rescheduling of the Derby to September, but with Churchill Downs expressing no interest in having races without a crowd, the world-renowned event’s future in 2020 remains uncertain.

State Sen. Morgan McGarvey, a Democrat from Louisville, reminded his colleagues about the economic situation for Kentucky and urged lawmakers to consider new revenue streams in the months ahead.

“Some of my problems with the budget have nothing to do what we’re doing in this bill,” McGarvey said on the Senate floor. “They stem from that fact that since 2008, when the economy collapsed, the cupboard has been bare and we haven’t restocked it. We have yet to see a casino gaming bill come in front of this legislature that would add revenue. Just right now, we have sports gaming and medical marijuana bills that lie dormant at our feet in this chamber. We haven’t committed to any type of bold tax revenue that would have generated revenue that would have prevented the constant decade of cuts to education, to social services, to health care, to our vulnerable who need them.”

According to McGarvey, the fight for gaming expansion and other revenue-generating initiatives will heat up in January when the legislature is set to reconvene. There could also be a special session, he said.

“I long for the day when we can starting talking about tax reform and tax revenue,” Thomas said. “We are a poor state but we don’t have to think poorly. I think it’s time we start thinking positively and promisingly about what we can do and achieve in this state. We need more revenue to grow. We just can’t sit still. We can’t go backwards. We have to get out of that mindset.”

Senate President Robert Stivers II, a Republican from Manchester, pushed back against expanded gambling in Kentucky when he spoke before voting aye on the budget. He said that because gaming facilities are closed “they would have given us no more money” amid the coronavirus crisis.

Koenig responded to Stivers on Twitter, saying that while it’s “true” that regulated sports gambling “would have given us no new money right now,” sports wagering legalization could have set the state up for the future. “Now that we are passing an austere one-year budget, it is my hope that the conservative estimate of $22.5 million a year [in new tax revenue from sportsbooks]  will look very appealing.”

Koenig said that online poker is “going gangbusters right now in places where it is legal,” and that Kentuckians would’ve been able to play at home “whether the tracks are open or not” under his bill.

Of course, the bill would have taken time to implement had it passed in 2020, so it’s unclear whether online poker would have been able to launch in Kentucky while COVID-19 mitigation continues indefinitely.

According to Beshear, Kentucky misses out on about $500 million annually in tax revenue from Kentuckians engaging in casino gambling in other states. Depending on how deep the economic crisis becomes, Kentucky may be interested in much more than sports betting and online poker.