ITHA representatives have a pessimistic outlook for Illinois horse racing in 2022 due to the expected closure of Arlington International. 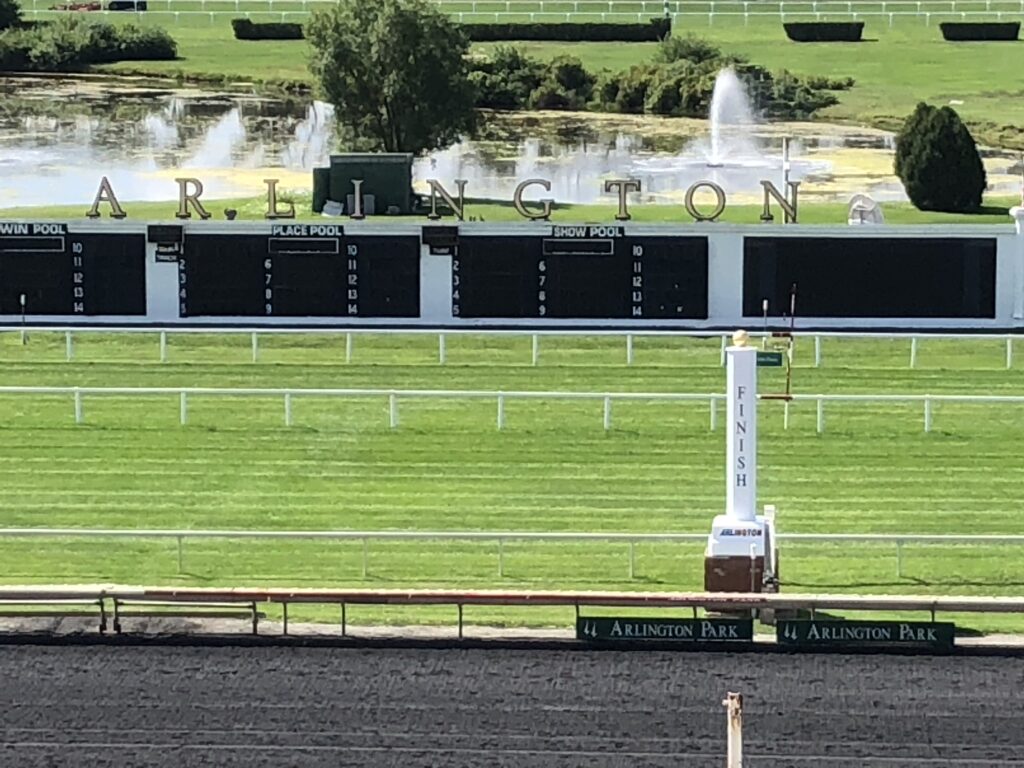 The Illinois Thoroughbred Horsemen’s Association put on a full-court press during the public commentary period of Tuesday’s Illinois Racing Board meeting, warning of industry-wide struggles to come in the 2022 season without racing dates at Arlington International Racecourse.

Arlington, as expected, did not submit dates for a 2022 racing schedule to the board at the end of last month, raising the likelihood this will be the final season of racing in the north Chicago suburb when it concludes next month. Churchill Downs Inc., which owns the track and the 326-acre tract of land on which it sits, put the parcel of land up for sale in February and is currently reviewing bids.

CDI is not expected to sell the property to any parties that would continue racing at Arlington, since it would offer the potential to be developed into a racino that could compete against nearby Rivers Casino in Des Plaines. Churchill has a 62% stake in Rivers, located 12 miles from Arlington, and stunned many in 2019 by not pursuing the racino at the track shortly after Illinois Gov. JB Pritzker signed a gaming expansion bill that also legalized sports wagering in the state.

Churchill had lobbied for years for the ability to build a racino — something ITHA President Mike Campbell pointed out in his comments — before opting against it in August 2019. At the time, Churchill CEO Bill Carstanjen cited the high tax rates in a “hyper-competitive gaming market” as the primary reason not to pursue the racino license for the track.

The other racetrack in the Chicago area, Hawthorne Race Course in Stickney, is currently in the early stages of constructing a racino and is expected to take on the daunting logistical challenge of conducting both harness racing and thoroughbred racing in 2022.

Chris Block, who is on the ITHA Board of Directors as a trainer and trainer-owner, pointed out the expected drop in thoroughbred racing dates for next year without Arlington Park — with 75 to 80 expected in 2022 compared to 117 this year. He said it has “created a major hardship of which our horsemen on a daily basis are now starting to realize.”

He added the ITHA and Illinois Harness Horsemen’s Association (IHHA) are working together to help create a schedule both groups can bring to Hawthorne, but said “neither breed will come out of this happy with the schedule.”

“There will be challenges of which our horsemen on our thoroughbred side and the horsemen on the standardbred side will not like at all,” Block said, emphasizing those last four words, “but it’s what we’ll have to live with, hopefully only in 2022.”

Block pointed out that fewer 2022 racing dates will also lead to a reckoning of sorts for some horsemen, who could relocate to Indiana, Minnesota, and Ohio at next season’s end for financial reasons. Another area of concern Block addressed was the breeding industry in Illinois, which he labeled “on life support” considering there were only 156 foals delivered this year compared to the more than 1,000 in 2011. He expected the number in 2022 to “dramatically reduce” from 156 without racing at Arlington.

Campbell, who has been a vocal critic of Churchill Downs since the relationship between the horsemen and corporation — as well as Arlington President Tony Petrillo — became strained following CDI’s decision not to pursue a racino license, again took issue with the track’s parent company. He pointed out what he felt was the company’s negligence in maintaining its out-of-state property holdings.

“They closed Hollywood Park, they’ve been involved in numerous other areas where they seemingly don’t care unless it’s Kentucky,” Campbell said. “Now we find ourselves in a most difficult place of losing Arlington altogether. Even though there’s another consortium out there that wants to buy Arlington Park for the purpose of racing, it’s my belief — because of intel that I’m receiving — that the highest bid won’t get the job done.

“Because it’s the worst-kept secret in Illinois and we all know it. And that is Churchill Downs and Rivers Casino is attempting to eliminate horse racing at Arlington Park because they’re afraid it’ll turn into a gaming location. Now let’s face it, [Rush Street Gaming owner Neil] Bluhm and company and Churchill Downs and their 50 lobbyists will always be obstructionists to gaming at Arlington Park, because they can.”

Campbell saved his most stinging remarks for the end, saying CDI “misled an entire legislative body and at least five governors,” before adding they misled the ITHA. Campbell recalled that he lobbied on Arlington’s behalf, even recounting how he was sent to communications school for a season to “educate me on what to say about how they needed slots, which turned into slots and table games.”

He reminded the board that the purpose of the gaming bill was “to provide gaming at the racetracks so we could stimulate purses and maintain these jobs. And now we find ourselves minus one racetrack without the ability to fit all these dates and provide for two breeds at one track without a two-track solution.”