The UFC returns this weekend with a highly anticipated card at MSG, but Hoosiers can get in on the action via online sports betting. 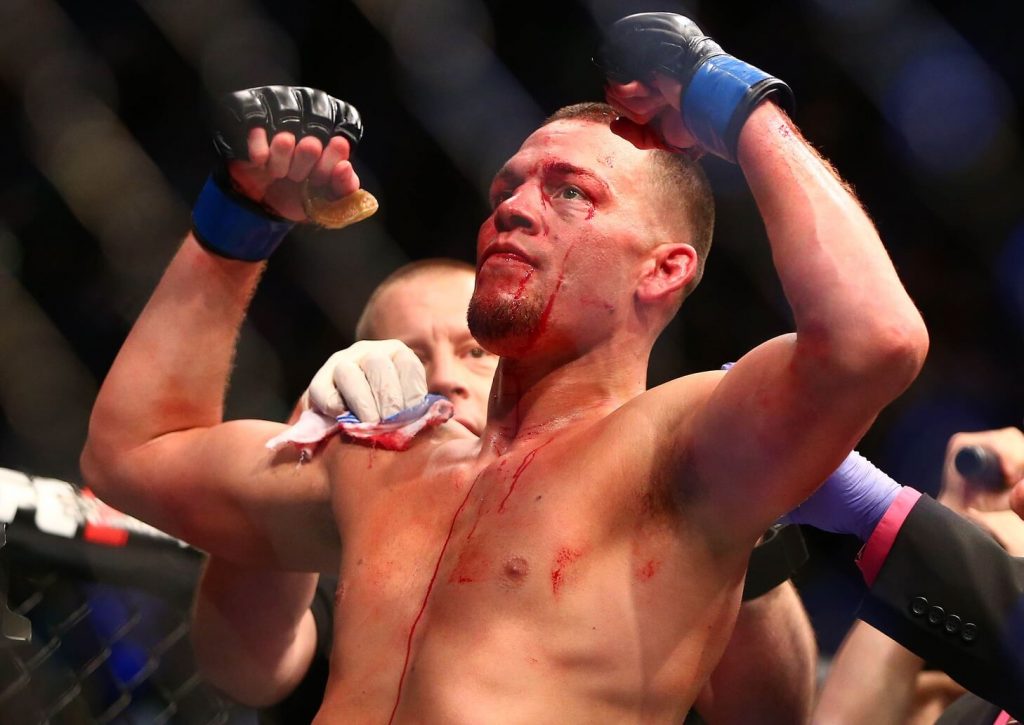 The highly-anticipated UFC 244 card takes place Saturday at Madison Square Garden in New York City, but Hoosiers can get in on the action through a trio of online/mobile sportsbooks.

The main card for the evening is full of interesting matchups, but the final two bouts on the card are by far the most high-profile and will draw the bulk of the betting handle.

Many Hoosiers are probably familiar with the names, thanks to ESPN recently becoming the UFC’s media and PPV partner. The four UFC fighters at the top of the card have been getting some mainstream exposure through various ESPN shows over the past few weeks.

Thanks to recent performances (most notably a five-second KO win), Masvidal is the significant favorite. At FanDuel, Diaz is +130, while Masvidal is -160.

There’s virtually no difference between the three platforms, so if you’re looking to simply bet on the winner, you should check out the bonus offers and see what you like best.

As far as prop bets go, there is more consumer choice.

If you want to bet on the fight going the distance (5 rounds), FanDuel is your best option with a -116 line. If you think there will be a finish, head over to the Kambi books for a +105 line.

Kelvin Gastelum vs. Darren Till

This middleweight (185 lb.) contest is a three-round affair, and pits the former title challenger Gastelum (15-4) against the former welterweight Till, who last year fought for the belt in that division. Till is coming off back-t0-back losses, with the most recent coming via brutal KO in March to Masvidal.

Gastelum is also coming off a loss, but he went the distance in April with current middleweight champion Israel Adesanya. He has said repeatedly that he’s dying for a rematch.

MMA pundits think the fight is a tough one for Till, as he’s moving up a weight class to fight one of the top contenders in the middleweight division. Till is only eight months out from being knocked out cold in front of his countrymen in the UK, but it appears it hasn’t adversely impacted his confidence.

When the fight was booked, Gastelum opened at -160ish at FanDuel, and he’s currently listed at -270. Till is now +205, after opening at +140ish. The odds have dramatically shifted.

As for props on it going the distance, BetRivers is your best option with a +110 line if you think it will. BetRivers also has the best price on a finish with a -148 line.

Most people are thinking there will be a knockout.