The Indiana Gaming Commission on Wednesday approved sports betting rules and gave an update on both retail and online/mobile wagering. 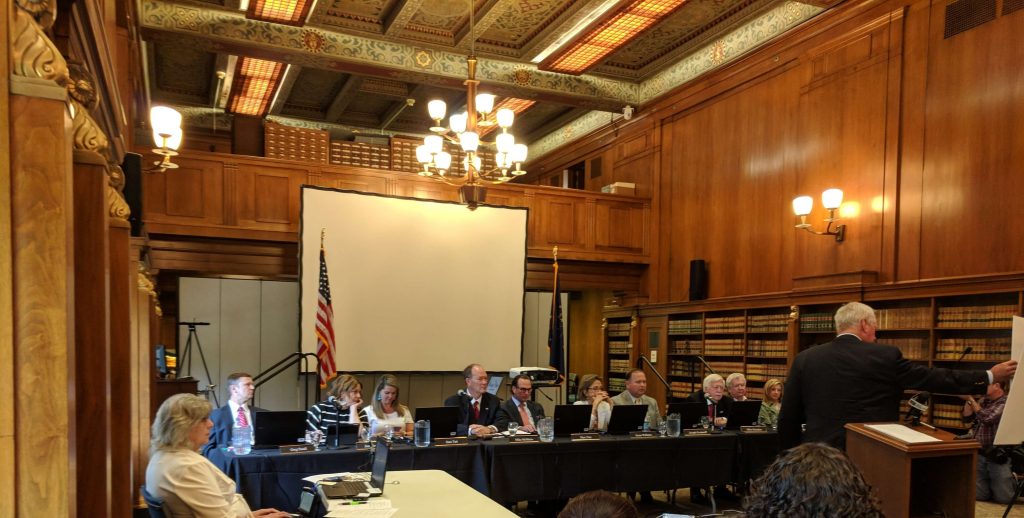 INDIANAPOLIS — On Wednesday, the Indiana Gaming Commission met to approve emergency rules to allow sports betting to begin Sept. 1 at three casinos, with two more expected to begin retail betting in the days ahead. A draft of the rules was formed earlier this summer.

Indiana has 14 properties that have received temporary certificates of authority for sports betting, but just those five have been officially greenlit so far.

Tait said that staff has been working feverishly to get the ducks in a row for sports betting to begin, which the books want to have ahead of the lucrative NFL season.

“I can’t praise the IGC staff enough,” Tait said. “We have some who have been sleepwalking, others who have not been sleeping at all.”

Tait was being tongue-in-cheek, but the IGC staff clearly has been working hard to implement the new sports wagering law, which was enacted to boost Indiana’s stagnant gaming market.

Below are the emergency rules adopted on Wednesday:

Tait gave the room full of more than 100 people an update on online/mobile. She said that she has been getting “a lot of questions” about that facet of the sports betting industry.

In New Jersey, about 85% of the total betting handle comes via the internet, so Indiana’s sports betting will be incomplete without statewide internet sportsbooks.

Tait said that sports betting operators are focused on launching retail right now, but some are already preparing for online/mobile. The IGC has awarded temporary vendor licenses to the likes of Rush Street, DraftKings, and FanDuel already, among others.

She said that the IGC is ready for a “quick pivot” into online/mobile, but added that no operator has “formally requested” to launch internet betting. It’s a matter of time.

Reading the tea leaves: It is more than possible, perhaps likely, for Indiana to see its first online/mobile book in September. By the end of October appears to be a lock.

Regardless of when online/mobile begins, Indiana is already poised to join a minority of states that legalized sports wagering in the first year after the U.S. Supreme Court overturned the federal ban. Since PASPA’s fall, more than $10 billion has been wagered legally across the country.