Indiana also set a record for handle for the third straight month with $463.7 million wagered 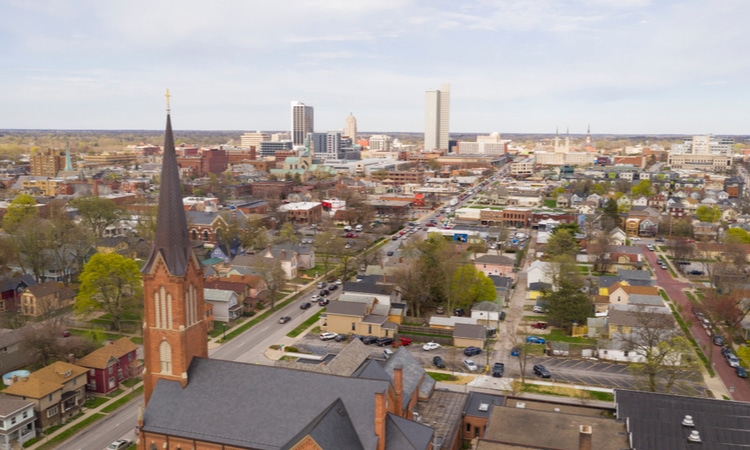 The Indiana Gaming Commission reported on Friday a record sports betting operator revenue of nearly $47.7 million for the month of November, while also setting a new benchmark for handle for the third consecutive month.

On the strength of a 10.3% win rate that was the third highest in state history for any full month of wagering, sportsbook operators in the Hoosier State blew past the previous revenue record of $33.9 million set in September. Indiana became the fifth state, along with New Jersey, Nevada, Pennsylvania, and Illinois, to clear $45 million in operator revenue in a single month. Revenue was up 72.1% month over month from October and 88.1% from November 2020 as the win rate was 4.3 percentage points higher versus the 6% posted in October and 0.2 percentage points up compared to the same month last year.

Indiana also did the double of record handle and revenue for the second time in three months, as the $463.7 million wagered squeaked past October’s total of $461.1 million. Bettors in Indiana have made nearly $1.3 billion worth of wagers from September through November, though there was a balance of sorts struck as football ($136.3 million), basketball ($132.1 million), and parlay ($120 million) accounted for 83.7% of all handle.

With record revenue comes record tax receipts, as the state’s share amounted to more than $4.5 million for November. Indiana has received nearly $10.4 million in taxes during this three-month surge, accounting for 39% of the $26.6 million in taxes for 2021.

FanDuel extended its streak as the top online revenue generator to seven months, setting an all-time Indiana record with nearly $15.6 million in revenue. Its 14.2% hold on the $109.8 million wagered was also its all-time high in the Hoosier State. On the handle side, DraftKings has been atop the heap every month since entering in October 2019 and also set a new state standard with $166.2 million.

Caesars Sportsbook did make up some ground on BetMGM for handle, placing a solid fourth with just shy of $43.9 million. It also generated close to $3 million in revenue, a nearly seven-fold increase from October as its win rate jumped from 1.1% to 6.8%.

Barstool Sportsbook, BetRivers, and PointsBet occupied fifth through seventh, respectively, for both revenue and handle. Barstool’s revenue of more than $1.6 million was its best since entering the state in May and impressive considering its handle dropped 20.8% from October to $17.2 million. BetRivers, one of the three original mobile operators to launch in October 2019, cleared $1 million in revenue for the first time, and PointsBet rounded out the group of operators whose handle reached eight figures at $12.4 million.

Unibet also did the double of new all-time highs in revenue and handle with $325,267 and $4.3 million, respectively, while TwinSpires set a new revenue standard with $197,330. TwinSpires has generated nearly 54% of its total $702,104 in revenue over the last two months.

There will also soon be a 13th mobile entrant as Bally Bet was authorized to launch by the IGC on Friday morning and becomes eligible to begin accepting wagers Monday. It will be tethered to Bally’s Evansville, which it purchased from Caesars for $140 million in October 2020 while still doing business as Twin River.

After setting Indiana’s record for handle at a retail sportsbook in October at $15.6 million, Hollywood Casino in Lawrenceburg bettered its own revenue record after collecting more than $2.8 million from $12.7 million wagered in November. The location in close proximity to both Ohio and Kentucky is the only retail book to clear $2 million in revenue in a month, also accomplishing the feat in December 2020 and September 2021.

Hollywood was also one of five casino sportsbooks to post a win rate of 15% or higher. Horseshoe Hammond narowly missed the $1 million mark, collecting $944,776 from $4.1 million wagered for nearly a 23% hold. Overall, the nine casinos, two racetracks, and three Winner’s Circle locations combined to claim nearly $7.5 million in revenue, an all-time monthly high, thanks in part to an 18.4% hold on $40.7 million wagered.

The two tracks and three OTB sites scaled comparably to their casino brethren, collecting $1.8 million in revenue with an 18.2% hold on $9.9 million bet.