Peyton Manning is getting support from Indiana bettors, who are backing him and Tiger Woods versus Tom Brady and Phil Mickelson in The Match. 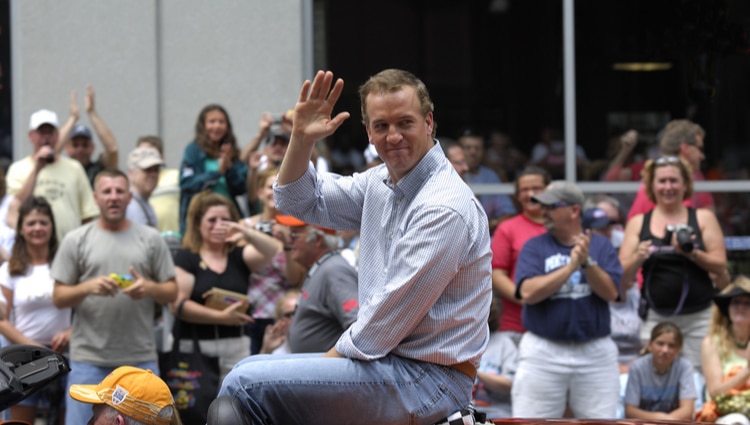 Bettors believe either former Indianapolis Colts quarterback Peyton Manning is a credible amateur golfer, or he still has a deep cache of goodwill in the Hoosier State since he and Tiger Woods are holding their own among wagers placed for Sunday’s charity match that pits the duo versus Tampa Bay Buccaneers quarterback Tom Brady and Phil Mickelson.

The sequel to the 2018 head-to-head showdown between Woods and Mickelson will provide $10 million for COVID-19 relief efforts through Warner Media and the foursome. There will be two formats, with fourball on the first nine holes and modified alternate shots on the back nine. Manning, who guided the Colts to victory in Super Bowl XLI in 2007, and Woods — a 16-time major winner on the PGA Tour — are solid moneyline favorites, ranging from -182 on PointsBet to -230 on FanDuel among online offerings.

Their opponents, though, are no slouches. The 42-year-old Brady, who signed with Tampa Bay in the offseason after 20 standout seasons with New England, is a six-time Super Bowl winner. Mickelson has five majors to his credit — including three Masters titles — six runner-up finishes at the U.S. Open and 44 PGA Tour victories overall.

Both quarterbacks have comparable single-digit handicaps, with Manning (6.4) rating slightly better than Brady (8.1).

Is it homerism or is Manning the better play?

While Publicity Director Kevin Hennessy noted FanDuel has seen most of its handle on Brady and Mickelson in the match-betting market — including a nearly 2-to-1 ratio in handle and 64% of the bet count by late Thursday —  Indiana has proven to be the lone outlier backing Manning among their online markets.

That also holds true at DraftKings, where Manning and Woods have commanded 64% of the handle and 56% of the bets placed as of late Thursday. As a point of contrast, bettors in New Hampshire backed Brady and Mickelson with more than 60% of the handle as the former Patriots quarterback still has some support in the Northeast. Andrew Mannino, the Sports Content Manager at PointsBet, said his sportsbook has seen more money on Manning and Woods overall, while the ticket split has been close to even.

One play that has a wild swing at the state level compared to overall is closest to the pin on the par-3 fourth hole. Hennessy noted Brady has a staggering 92% of the handle in FanDuel’s head-to-head listing, and that it has received more play than Woods and Mickelson. In the Hoosier State, though, Manning is a -160 favorite and Brady a +130 underdog.

Expect a big day for the sportsbooks

Regardless of where your online bet is made, you likely won’t be alone in placing them. DraftKings Head of Sportsbook Johnny Avello is very optimistic about a big handle for this event, with the market having been teased with last week’s Taylor Made Driving Relief Match — also for COVID-19 charities — that featured PGA Tour standouts Dustin Johnson and Rory McIlroy.

“I have a really good feeling about this one because last weekend was so good,” Avello told Hoosier State Bets, noting Driving Relief set a DraftKings record for handle for a single day of golf. “Those are big names, but this one here, you take the two pros; both are beloved, Phil has a huge following, you either love or hate Tiger, but people love to watch him play. Then you have two of the top five quarterbacks of all-time, if not the top two, playing a round of golf.”

Avello added he expects the handle to be similar to a UFC main event fight while also potentially landing in DraftKings’ top five all-time for a golf handle. He also noted three of the four currently on that list — last year’s Masters, U.S. Open, and British Open — were all four-day events in contrast.

Another component for a potential big handle is the relative unknown of both Brady and Manning and their respective golf games. While their handicaps may be comparable, playing alongside pros adds a unique wrinkle. Unlike PGA Tour events, there is no shot data available on either of them, which has lent itself to more people willing to take flyers on underdogs in those head-to-head matchups.

“I think one of the advantages bookmakers have on traditional golf is the plethora of data,” said Mannino, referring to the PGA Tour’s ShotLink. “Players play a tournament, they play the course four times and there’s a concrete body of data. With these two guys (Manning and Brady), we don’t have that to fall back on.

“The market is setting the pace and dictating where the odds are going to be.”