For the fifth straight month, Indiana posted a record handle for sports betting as the state's gaming commission reported more than $348.2 million wagered in January, with operators collecting a record $29.3 million in profits. 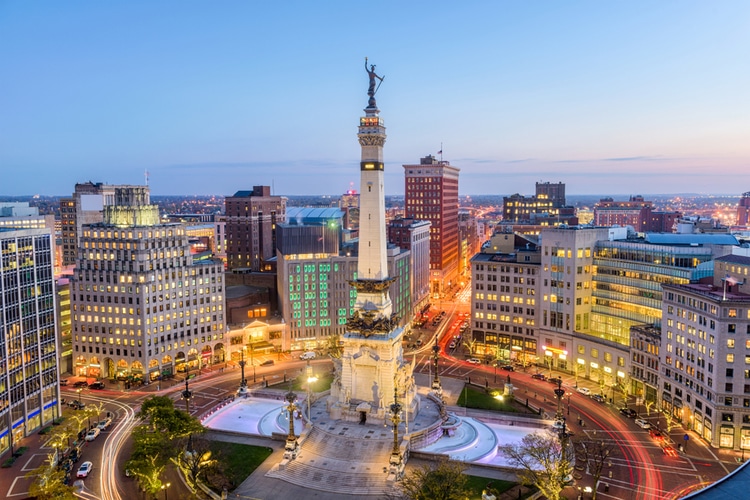 Sports betting in Indiana continues to show no signs of slowing down as the Indiana Gaming Commission reported on Friday a record handle of more than $348.2 million in the month of January, contributing to another record for monthly revenue at $29.3 million.

It is the fifth straight month operators across the Hoosier State set a new benchmark for money wagered, with January’s total an 11.2% increase from December 2020’s previous standard of $313.1 million. It was more than double the handle reported from August 2020, which was $169 million as the sports schedule finally began to resume on a large scale following the worst of the COVID-19 pandemic.

Operators across the state posted a win rate in January of 8.42%, leading to an increase of 20.67% from December’s revenue total of $24.3 million. It is the fourth consecutive month operators generated at least $20 million in profits from sports betting, and they have surpassed $200 million in revenue since sports betting was launched in the Hoosier State in September 2019.

The previous monthly record for revenue was established in November 2020 at more than $25.3 million.

Indiana’s state tax coffers collected nearly $2.8 million in receipts from operator revenues and are all but certain to clear $20 million since launch when next month’s report is released.

Mobile wagering continues to fuel Indiana’s upward spiral of sports betting handle, with more than $296.5 million bet online in January — an all-time high. That accounted for 85.14% of the overall handle, a percentage that has remained consistent since August.

DraftKings cleared $100 million in handle in the Hoosier State for the second straight month, totaling nearly $122.6 million and accounting for more than 41% of the mobile market share. It was also an improvement of nearly 8.8% from January’s handle of close to $112.7 million.

However, its three closest pursuers in terms of generating handle — FanDuel, BetMGM, and PointsBet — all recorded double-digit percentage increases month over month. FanDuel’s handle climbed nearly 14.2% in January to more than $89.2 million as it claimed 30.1% of the mobile share.

BetMGM had the biggest jump among the top four operators, surging 27.9% higher as its handle reached more than $52.4 million to account for nearly 17.7% of online money wagered. Its mobile handle has spiked 162% over the last three months after reaching $20 million for the first time in October.

PointsBet reported an 18.1% increase in handle for January, accepting nearly $13.5 million in bets.

BetRivers, however, bucked that trend, as its handle slipped 14.8% to just over $9 million from more than $10.6 million in December.

In terms of revenue, DraftKings took top honors there as well with nearly $9.4 million in revenue on a win rate of 7.64%. FanDuel’s win rate of 9.21% helped it claim more than $8.2 million in profits, while BetMGM was a distant third at $3.7 million on a win rate of 7.09%. PointsBet was one of two mobile operators — William Hill was the other — to post a double-digit win rate, collecting more than $1.36 million on a 10.18% hold.

Though Barstool Sports has yet to enter the mobile fray in Indiana, it fared well on the retail sports betting side as its outfits at Hollywood Casino Lawrenceburg and Ameristar East Chicago ranked 1-2 in handle and 1-3 in revenue. The two venues combined to accept nearly $23 million in bets and collected nearly $3.1 million in revenue, with Hollywood in Lawrenceburg the state leader in handle at nearly $13.4 million.

That location posted a 13.79% win rate, resulting in nearly $1.85 million in profits. Belterra squeezed between the two Hollywood locations in the revenue rankings with nearly $1.3 million. The southern Indiana venue reported a handle of nearly $4.6 million and a win rate of 28.2% despite having to pay out $1.13 million on a $1.3 million wager placed by “The Indiana Man” on Ohio State to cover as a 7.5-point underdog against Clemson in the College Football Playoff semifinals.

Given that Belterra had never previously cleared $1 million in monthly handle since sports betting became legal in Indiana, it appears possible another seven-figure bet that the house won could have been placed on the Buckeyes, who were again 7.5-point underdogs, for their National Championship game versus Alabama.

Even a wild-card game for the Indianapolis Colts was not enough to overcome the state’s love of basketball in terms of betting by category. Bettors wagered nearly $133.2 million on the NBA and college hoops, with pro and college football a distant second at $77.6 million.

In between, parlays continued to do brisk business as wagers totaled more than $86.1 million. The IGC’s catch-all category of “other,” which includes, golf, hockey, soccer, and mixed martial arts among others, had more than $50.3 million in bets placed. 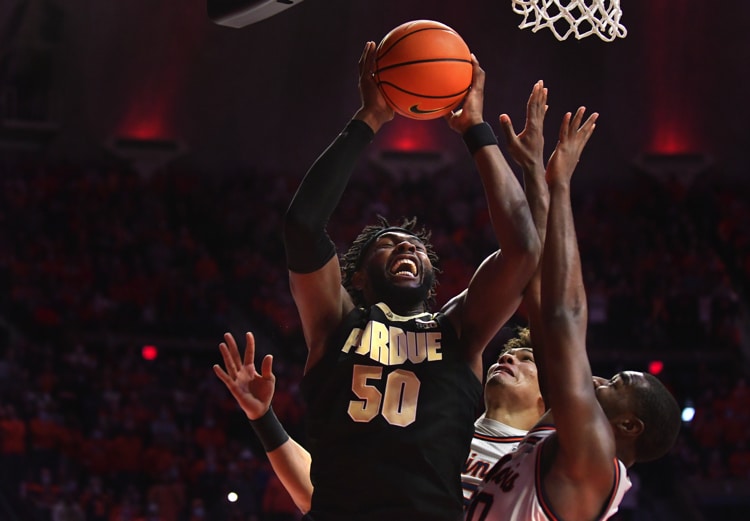 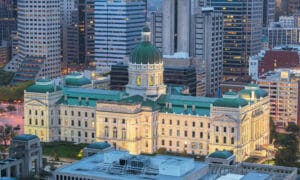 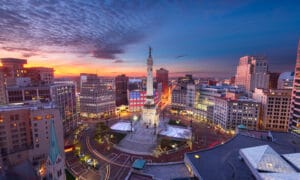