The Pokagon Band of Potawatomi Indians are close to offering sports betting and other Class III gaming after Indiana legislators approved its deal with the state on Monday, moving it forward to the Governor's office. 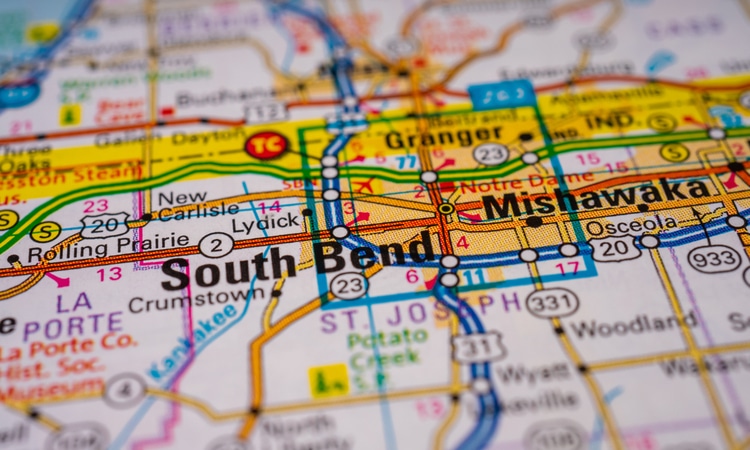 The Pokagon Band of Potawatomi Indians took a huge step toward offering retail sports betting and other Class III gaming in Indiana as the state legislature overwhelmingly approved a measure to allow the tribe to expand its offerings.

Indiana’s House of Representatives approved HB 1055 by a 76-4 margin Monday, with 19 reps excused from voting and one not voting. Approval of the bill, which had been concurred with Senate amendments last week, comes after the tribe and the state opened the compact for negotiations last August and reached agreements in January on the expanded offerings for the Pokagon Band’s Four Winds Casino in South Bend.

The bill now goes to Gov. Eric Holcomb for signature. Indiana Gaming Commission Executive Director Sara Gonso Tait negotiated on behalf of the state, and once Holcomb approves, it will be sent to the U.S. Department of the Interior — which oversees Indian gaming — for final approval.

Other aspects of approved deal

HB 1055 also puts the Pokagon Band’s South Bend location on relatively equal footing with commercial casinos in northwest Indiana — one of the most active gaming regions in the country and near the Illinois state line with access to the Chicago market.

The agreement reached by the tribe and the state in January prevents the construction of new casinos for 20 years in that region, which includes the cities of Hammond, East Chicago, and Gary. All three have existing or soon-to-be opening casinos — Hard Rock Northern Indiana will be opening in Gary next month, while Horseshoe Hammond and Ameristar Casino in East Chicago continue to be among the state’s top revenue-makers.

The Indiana Gaming Commission also released a list of approved events for wagering for this summer’s Olympics in Tokyo, which was pushed back from 2020 due to the COVID-19 pandemic. One of the new team events — three-on-three basketball — will be available for wagering along with traditional team sports of baseball, basketball, handball, rugby, soccer, and softball.

Individual and team events in golf, swimming, tennis, table tennis, and track and field have also been approved for betting.