Walking Through The Reopened Casinos Of Northwest Indiana

Casinos across Northwest Indiana opened their doors for the first time in three months, and plenty of changes were evident at Horseshoe Hammond, Ameristar Casino, and Blue Chip Casino. 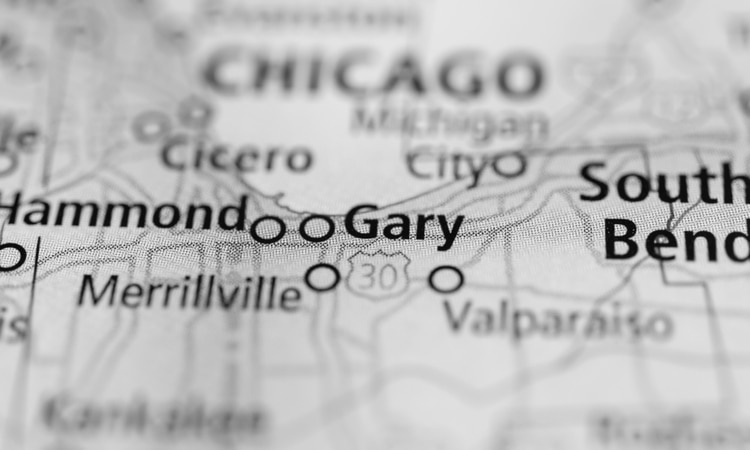 HAMMOND, EAST CHICAGO, and MICHIGAN CITY, Ind. — After moving to Phase 4 of “Back on Track Indiana” last Friday, casinos across the Hoosier State could enter the marketplace Monday. The Indiana Gaming Commission released a set of protocols June 6 detailing cleaning and social distancing guidelines for the 13 casinos across the state ahead of ending a three-month shuttering due to the COVID-19 pandemic.

In the two-plus months before the shutdown, casinos in Indiana did a brisk business, amassing nearly $355 million in wagering taxes along with another $6.7 million in sports betting taxes. Remote registration gave a few casinos and the state small revenue streams, with May’s exclusive online handle of $37 million in sports wagering showing both the lack of walk-up action yet also some optimism as sports offerings were slowly increasing.

Given my relative proximity to northwest Indiana as a resident of Chicago, Monday’s re-opening — even at 50% capacity — was a chance to see the IGC’s protocols put into action. I had never previously visited the three casinos — Horseshoe Hammond, Ameristar Casino, and Blue Chip Casino — nor did I set up any walk-throughs with casino representatives. It was a chance to observe and examine the first glimpses of a return to normalcy, or perhaps what the new normal might be.

A little bit of planning revealed the three casinos were opening in a staggered fashion convenient enough to provide time to walk through each venue. Horseshoe Hammond was catering to the early risers with a 6 a.m. start, Ameristar had a more standard 9 a.m. offering, and Blue Chip would commence activity at 11 a.m.

Under normal circumstances, leaving the north side of Chicago to get to Horseshoe in 45 minutes would be an impossibility when factoring in Loop traffic and usual construction delays. But with many people still working from home, traffic was light the entire 21-mile drive.

By 5:40 a.m., I learned I was not alone in grandiose thinking about a return to in-person gambling. This was taken about one-half mile from the self-park lot by the casino. And many of those cars also sported Illinois license plates.

It was a relatively short wait in the self-park lot waiting to get in the building. Horseshoe had two employees manning the elevator area — one who counted people going into the lobby and one to explain the elevator usage. Elevators were limited to three passengers, socially distanced by having one person against the back wall and flanked with the other two people more forward.

After getting off the elevator was the first checkpoint, the thermal scan. After that, it was then the longer line to wait to access the casino after a security checkpoint. The line was marked with six-foot social distancing spots on the rug as far as the eye could see, and everyone did their part sticking to it. There were some murmurs regarding the length of the line, but it also moved in an orderly and somewhat quick fashion — total time approximately 20 minutes.

A few things stood out at Hammond, most notably employee interaction with patrons. Any sustained eye contact with an employee while walking almost always resulted in a cheerful “Hello!”or “Welcome back!”

It was also the first moment to survey the changes. Slot machine banks that went four-wide in a row had two shut off in either alternating patterns or in the middle for social distancing.

Thus, it was three players maximum at a blackjack table, four for roulette, and six for craps. The initial observation is that craps looks to be the most daunting — when employees are included, there can be a maximum of 10 people at a table, though social distancing is done as best as possible.

Almost all of the tables that were available for gaming were in use, and almost all of them had the maximum number of players seated or standing. Masks are mandatory for both employees and patrons, and most everyone had their masks on both stationary and while walking.

One down note is that The Book, where you can place sports wagers, is temporarily closed. However, Caesars did begin taking mobile bets late last month.

Even with an unexpected second walk-through (forgot my glasses), there was more than enough time to make the seven-mile trek to Ameristar Casino in East Chicago in time for the opening.

Like Horseshoe, there was a line of excited casino-goers waiting to enter in the self-park lot. Ameristar had taken the trouble to spray-paint “Xs” the length of one entire parking lot row as well as make a second line for its card-holding reward members.

Multiple employees were out answering questions from patrons. One made the rounds with a hand-held thermal scanner, raising hopes the line would move in a rapid fashion. It did if you had the aforementioned rewards card, a true case of membership having its privileges.

As a result, it took longer for some casino patrons to reach the final security checkpoint, but the overall wait was still under 30 minutes.

Like Horseshoe, social distancing circles marking six feet were the norm throughout the building. In Ameristar’s case, it has wide walkways from gambling area to gambling area, so it made lanes of one-way traffic in opposite directions.

There was a pleasant disposition among Ameristar workers — you sensed the happiness of being back along with the nervousness of trying to have everything right. As one employee noted, “It’s been hectic.”

Ameristar had the same person limits at table games as Horseshoe, and also the same breakups among slots for social distancing purposes. Since every casino is different, the patterns of machines being off may appear random, but sometimes the patterns represent a larger area or bank of machines on the casino floor.

The Sportsbook currently has hours of noon to 8 p.m. from Monday to Thursday and 11 a.m. to 10 p.m. from Friday to Sunday. There are self-serve kiosks available near the book, but they are also subject to social distancing guidelines, which means approximately 50% of them are operational. Ameristar’s mobile sports betting is operated by DraftKings.

After two border casinos, it was time to venture farther into Indiana, though Blue Chip Casino is a border casino as well — with Michigan. While pondering the mystery of why Indiana has a city named Michigan City, getting to Blue Chip is a relatively straight 40-mile shot along Interstate 94 with a quick pass through said city before arriving at the casino.

Like the previous two stops, there was a line snaking outside the entrance to herald the return of in-person gambling, though hearing one passerby in the opposite direction state there was a two-hour wait did result in a brief internal scream.

Thankfully, that was not the case, as the wait was approximately 30 to 40 minutes. Again, patrons took it all in stride, moving six feet at a time with little lament. One pleasant moment of humanity seen later was multiple patrons asking staff to allow a woman with a walker to move ahead in line rather than have her wait.

Based on its layout, Blue Chip had some attention-getting alterations. Some of its slot machine banks were five-wide, and there were certain sets with three machines unavailable as opposed to alternating three on, and two off. There were some entire wall-mounted banks removed, with the foundational stand the lone piece remaining.

It was also the only casino of the three which removed at least one of the more modern-looking four-bank slot towers in which people sit in an X pattern. The table games were consistent with the other casinos regarding social distancing in both usage and limits in number of patrons at a table.

They were available for kiosks both on the casino floor and at the FanDuel sportsbook, which received a makeover of its own with a reduced seating capacity. Gone were the barstools that lined the back counter of the sports viewing area, and there were fewer cushioned seats in the front. The three booths off to the side also had fewer seating options, and the ticket writers also had plexiglass for in-person bet-taking.

Things to remember if you’re going to a NWI casino