Opening weekend for Indiana's sportsbooks was relatively muted, with more grand openings scheduled for this week. 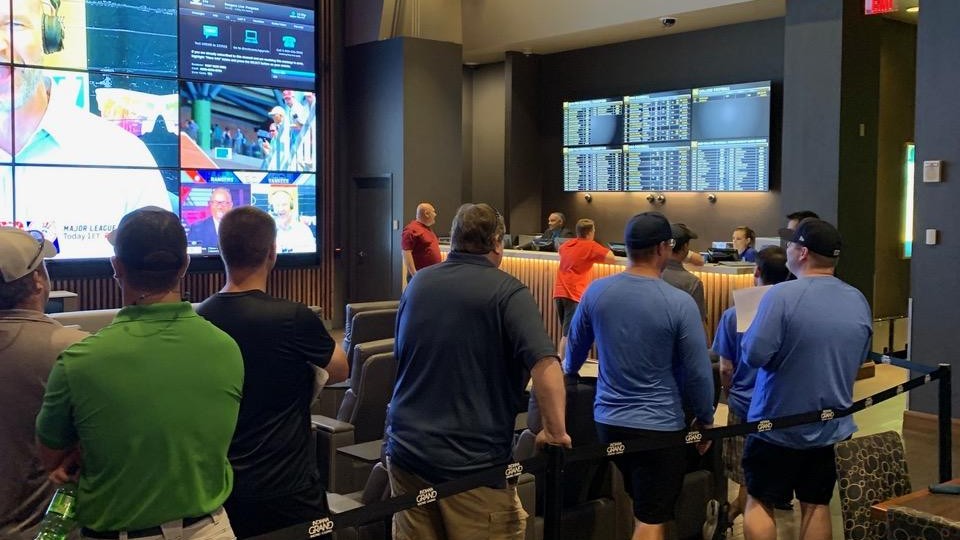 A trio of Indiana sportsbooks opened over the Labor Day weekend to relatively meager fanfare and media attention. The books, eager to begin betting ahead of the start to the NFL season, likely sacrificed significant press buzz by opening over the holiday weekend when many people are busy with their families, but that won’t matter much in the grand scheme of things.

Indiana is now the 13th state in the country to kick off legal sports wagering, made possible by May 2018’s Supreme Court ruling that rendered PASPA obsolete.

Caesars’ Indiana Grand, as well as Penn National Gaming’s Ameristar East Chicago and Hollywood Casino Lawrenceburg, all took their first official bets on Sunday, Sept. 1. It was the first day they were allowed to do so under the new sports betting law. The Indiana Gaming Commission gave the three casinos their respective retail launch authorizations on Wednesday.

Indiana Grand appeared to grab the majority of the media attention thanks to having Gov. Eric Holcomb in attendance to place the ceremonial first bet. It’s unclear if he was the very first person in the state to place a legal wager, but he was definitely first at Indiana Grand.

The PNG casinos did not have ceremonial first bets on Sunday, though both casinos are expected to have local sports icons place ceremonial bets soon. Ameristar’s sportsbook told Hoosier State Bets that the grand opening is Wednesday, with Chicago Bears icons Mike Ditka and Devin Hester expected to be in attendance for some gambling. Hollywood’s grand opening on Thursday will feature former Cincinnati sports stars Anthony Munoz of the Bengals and Tony Perez of the Reds placing wagers.

Photos of the respective sportsbooks openings were sparse on social media, but here’s a look at some of what was posted to Twitter during Indiana’s first sports betting weekend.

As in all things in life, moderation is key. Never bet more than you can afford to lose. I wagered:

Will you be stopping by to place any bets in the near future? pic.twitter.com/DJsRAwayUs

The 2019-20 NFL season kicks off Thursday with the Chicago Bears hosting the Green Bay Packers. Three additional Indiana retail books will be open by kickoff, with seven more likely to follow before the end of the month.

Indiana gaming regulators have already issued temporary vendor licenses to online betting entities Caesars Interactive Entertainment, DraftKings, FanDuel, Rush Street, and William Hill. The state’s first online/mobile platforms could begin in a matter of a few weeks, but no operators are yet revealing their cards for when their respective launches might be.

The IGC said at Wednesday’s regulatory meeting that no online betting company, along with its brick-and-stick casino partner, has formally requested to go live yet.

With about 85% of the handle in New Jersey coming via the internet, Indiana casinos, which are allowed three skins for online/mobile betting, are expected to be eager to begin online gambling.

The NFL and college football seasons are the most lucrative months for the sports wagering industry.