Big Ten Football Could Give Bump To Indiana, Illinois Sportsbooks 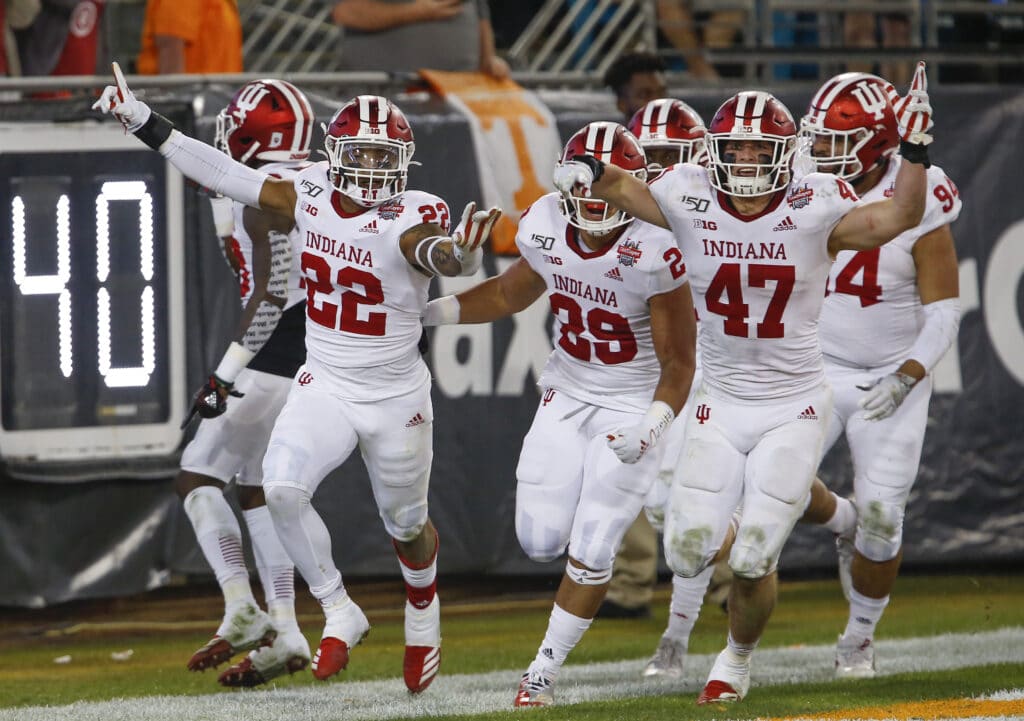 It falls under “better late than never,” but the Big Ten Conference finally opens play Friday, giving bettors in Indiana and, to a lesser extent, Illinois more sports betting options for the upcoming weekend.

For bettors in Illinois, however, they are unable to place wagers on games involving in-state teams. That means Friday night’s game between the Illini and 14th-ranked Wisconsin and Saturday night’s showdown between Maryland and Northwestern are not available in the Land of Lincoln. Those interested in those games must cross the borders to Indiana and Iowa, however, to find available betting options.

The Big Ten is the fourth of the “Big 5” conferences to hit the field, originally canceling its season before reversing course last month and putting together an eight-game, conference-only season for its 14 members. The Pac-12, which originally also canceled its season, will begin a seven-game league schedule next weekend.

The Big Ten lid-lifter is at Camp Randall, where the Badgers are nearly three-touchdown favorites to dispose of Illinois and avenge last season’s 24-23 loss to the Fighting Illini that ended a nine-game winning streak in the series. FanDuel, BetRivers, and PointsBet all have Wisconsin as 20.5-point favorites, with FanDuel offering the best price at -106, followed by BetRivers (-109) and PointsBet (-110).

For those feeling Illinois can cover despite the low-side hook, PointsBet leads the way at -110, with Bet Rivers (-112) and FanDuel (-114) trailing closely. BetMGM has Wisconsin as 19.5-point favorites, offering the standard -110 in either direction.

There is uniform agreement on the over/under, with all four books setting the line at 51.5 points. BetRivers is the only operator deviating from the standard -110, offering -108 for the over and -113 for the under. As is the case with a large point spread, the moneyline offers scant return on a wager, with BetMGM’s -1000 the best of the bunch.

Indiana and Purdue are both home to start the season, but the Hoosiers — coming off an eight-win season — have the tougher draw with No. 8 Penn State visiting Bloomington. They are underdogs ranging from 5.5 points at BetRivers to 6.5 points at FanDuel, with PointsBet in the middle. The Australian-based book is offering -105 for the six-point spread in either direction, while BetRivers is offering -108 to take the Hoosiers and 5.5 points and FanDuel is -112 for the extra point.

The over/under is split between 61.5 points at FanDuel and BetMGM and 62 at PointsBet and BetRivers. That half-point is making a difference, with BetMGM offering the over at -115 and FanDuel doing likewise at -114, while BetRivers is offering a standard -110 at 62 and PointsBet has a -105/-115 split on the number.

Over in West Lafayette, Purdue is a narrow underdog versus Iowa, with FanDuel offering the Boilermakers and 2.5 points and the other three sportsbooks with Purdue +3. PointsBet again has a -105 offering in both directions, while the half-point makes a huge difference in the juice at FanDuel — the Hawkeyes are at -128 laying the points, while the Boilermakers are +104. BetRivers and BetMGM have closer splits at -114/-107 and -115/-106, respectively.

PointsBet has the largest over/under at 53 points at the standard -110, with the other three books one-half point lower. The split at BetRivers is -113/-108 compared to -110 at the other two books. The moneyline has a more narrow band than the Indiana-Penn State contest, with Purdue ranging from +125 (BetRivers, BetMGM) to +135 (PointsBet) and from -154 to -162 for the Hawkeyes.

Northwestern gets prime-time slot for Maryland

Northwestern is a solid favorite for its opener at home versus Maryland, laying 10.5 points at BetMGM and FanDuel and 11 at PointsBet and BetRivers. PointsBet is offering the Wildcats at -105 to cover, but FanDuel offering -108 at one-half point less could prove to have the most value for bettors. BetMGM is offering -110 for the 10.5 points, while BetRivers has a slight deviation at -112 compared to -109 for the Terrapins and the points.

As the Big Ten begins play, No. 3 Notre Dame continues life as a conference member for the first time Saturday when it puts its 4-0 record on the line at Pittsburgh. The Fighting Irish, who won ugly 12-7 at home versus Louisville last weekend, are 9.5-point favorites across all four books in their first true road game of the season, though the return ranges from -105 at PointsBet to -115 at BetMGM.

There is also consistency in the over/under as everyone has an offering of 42.5 points, with only BetRivers moving off the standard -110 to offer -109 for the over and -112 for the under. Notre Dame is one-half game behind Clemson for the ACC lead, and the two are the only remaining unbeaten teams in the conference.