The 10 casinos in Illinois combined for $105.6 million in revenue for March, the first time in 13 months they cleared the $100 million mark. 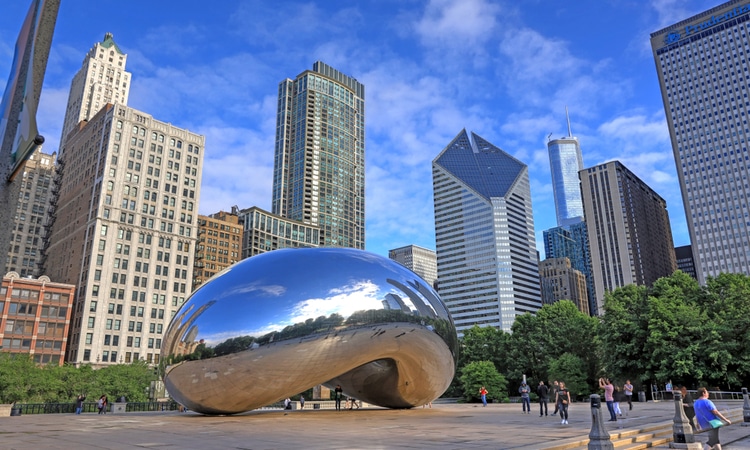 More people found their way to casinos across the state of Illinois in March, with the state’s Gaming Board reporting more than $105.6 million in revenue from the 10 venues.

There were nearly 651,000 admissions to Illinois casinos in March, a 44.7% increase from February, when nearly 450,000 were counted. That contributed to a 35.4% month-over-month improvement from February’s total of slightly more than $78 million as venues continue to operate at 50% capacity statewide. In January, casinos did not open until mid-month and generated $26.2 million.

It was also a 122.3% increase in year-over-year revenue, but those numbers cannot be used for direct comparisons since the casinos were closed after March 16 as the first wave of the pandemic made its way across the country. Illinois casinos generated more than $47.5 million in revenue in March 2020 before shutting down.

It is the first time the state’s casinos combined to clear $100 million in revenue since totaling more than $102.3 million in February 2020.

As is most always the case, the bulk of the revenue was generated by Rivers Casino in Des Plaines, which is just outside the city limits of Chicago. It generated more than $38.2 million in revenue in March — accounting for 36.2% of the state’s total — and reported a 31.8% month-over-month increase while its attendance increased by nearly 40% for March.

Rivers was also the only casino to report an eight-figure amount for revenue originating from table games, as its $14.8 million amount represented 57.5% of the $25.8 million generated in that category. Only two other casinos — Harrah’s Joliet and Grand Victoria Casino in Elgin — surpassed $2 million in table games revenue, and only five cleared $1 million.

Revenue from video game terminals (VGTs) in Illinois also rose sharply, with the nearly 39,000 units generating more than $246.6 million. That was an increase of 43.8% from February’s $171.5 million figure despite there being only 523 more terminals in operation in March compared to February.

The state collected more than $71.5 million in March tax receipts, giving it nearly $144.7 million for the first three months of the year after returning to operation Jan. 16. Local communities received nearly $25 million in tax receipts for VGTs in the first quarter of 2021.

Revenue numbers for sports betting in March will not be available until early May. In the most recent report released by the Illinois Gaming Board, operators generated nearly $35.4 million in revenue on $509.8 million worth of wagers in February, resulting in $5.3 million in tax receipts for the state.