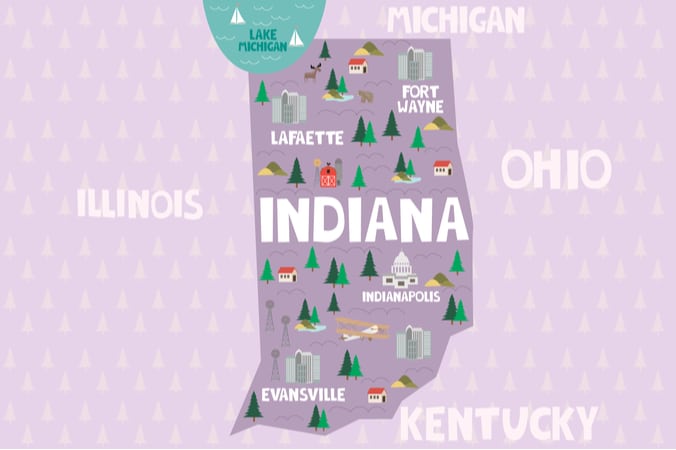 The combined holdings, which would operate under the Caesars name, must have signed agreements in place to divest itself of three properties in Indiana by Dec. 31 and retain employment levels in the state at a consistent level for three years following the close of the transaction. The IGC staff would work with Eldorado Properties to craft agreed-upon language regarding those employment levels.

The proposed merger must also be approved by the Indiana Horse Racing Commission, which is scheduled to vote on the matter Monday since it involves both the Indiana Grand and Harrah’s Hoosier Park tracks. The merger, estimated to be worth $17.3 billion, also needs regulatory approval in New Jersey — with a vote scheduled for Wednesday — and was approved by Nevada regulators Wednesday.

In presenting their case to the IGC, Eldorado CEO Tom Reeg and COO Anthony Carano stressed the leadership in place across the properties in Indiana would remain, and they believe the Hoosier State has multiple opportunities for growth in the gaming market.

“We empower local leadership to operate assets according to our framework but let them make significant decisions at the local level,” Reeg explained. “We make our money at the local level. Indiana and its assets are of critical importance to the combined company. It is an important transaction for the state of Indiana in terms of assets and contributions to the state from a tax perspective. Indiana is the second-most important state in size behind Nevada.”

Carano said Caesars Entertainment regional director Dan Nita would retain his position, adding that he “has been fantastic to work with and is an incredible regional presence and leadership for properties in the state.”

Expanding to the potential of the Indiana market, Carano noted an excitement about Indiana properties. He said there are “not too many growth markets” in the country, but “Indiana is a growth market, among the best in the country. A number of properties have a chance to grow revenues for years to come. We’re excited about that and the commitment to spend large dollars to expand properties in Indiana and make them best in class.”

Reeg pointed out Eldorado would be readily agreeable to divest two properties, believing the best way would be to have each done in a six-month span. Despite a recent $90 million upgrade to Caesars Southern Indiana that included a retail book for sports betting, Reeg noted that property and the Tropicana in Evansville would be the most likely candidates for divestiture, citing the “function of how assets are held currently in ease of extrication from leaseholder arrangements” and the “fluid and expanding competitive situation” from neighboring Illinois.

Reeg stated that keeping Horseshoe Hammond, which is approximately one-half hour from Chicago, is worth defending because of the Caesars Rewards program that is expected to be a key driver of revenue in Indiana. He did concede, however, that a third divestiture would “ultimately go to Hammond, but it is a difficult asset to sell in the current environment between the pandemic and expansion in Illinois, and I’m not optimistic about how that would go.”

The divestments would be required to keep the new Caesars around a market share of approximately 40%, since a merger with no divestitures would create a near-monopoly of two-thirds. It was a point of discussion among the commissioners throughout the presentation, with commissioners Jason Dudich and Marc Fine expressing concern the board would have to readdress the market share issue in the medium term should it increase from an acceptable level to near 50%.

A commitment to the tracks, but is the IHRC on board?

Reeg said Eldorado has a ready commitment of $60 million to upgrade Indiana Grand and Harrah’s Hoosier Park, both of which have racinos, but Monday’s vote appears to be far from a sure thing. A report compiled by IHRC Executive Director Deena Pittman came to the conclusion “it is not clear that ERI offers the capable leadership needed for the future of Indiana racing.”

Pittman cited the positives offered by Eldorado in March regarding their commitment but also noted a second assessment offered by consultant F. Douglas Reed that “Eldorado has limited racing experience and lacks a deep bench of racing expertise to pull from when adding the existing properties in Indiana.” Pittman added that Reed’s second report, one of two he submitted, “raises significant concern about whether handing ERI the ‘keys to the kingdom’ by granting them both racing permits in Indiana is truly in the best interest of Indiana racing.”