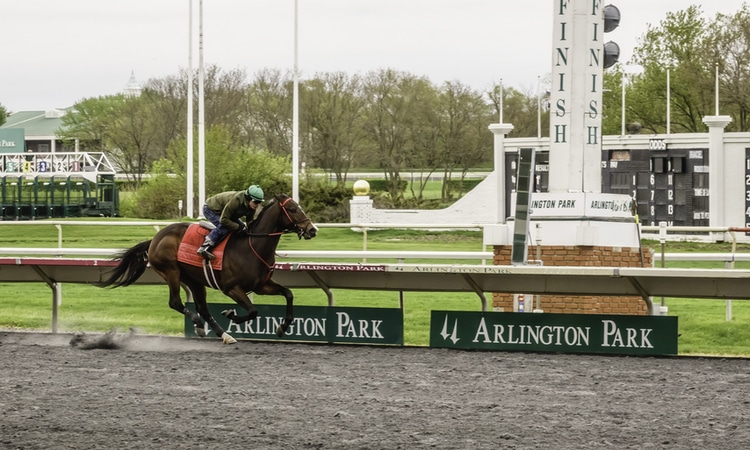 New Illinois Racing Board Commissioner Alan Henry made his first board meeting a memorable one Tuesday with a blistering statement criticizing Churchill Downs Inc. for its planned sale of Arlington International Racecourse.

Henry, who was named to the board by Illinois Gov. JB Pritzker in February, made his remarks near the end of the meeting. Churchill Downs announced last month it would sell the Arlington property, which, depending on the buyer, could result in the end of horse racing in the north Chicago suburb after 94 years.

Churchill Downs’ decision in August 2019 not to pursue a racino license at Arlington after it had been one of the leading supporters to legalize sports wagering in Illinois has made it as constant target of track proponents. Additionally, the bruising negotiations with the state’s Thoroughbred Horsemen’s Association prior to signing a two-year contract in June 2020 for live racing there stoked further animosity.

CDI also is a majority stakeholder in nearby Rivers Casino in Des Plaines, which is approximately 12 miles from Arlington Park and offers mobile sports wagering via BetRivers.

“Numerous news reports in the past month make it clear that Churchill Downs Inc. has no intention of selling the track to another racing concern. I believe that is ultimately a short-sighted and self-defeating posture to take,” said Henry, a longtime observer of the horse racing industry. “Why? Because Churchill Downs has gone to great lengths over many decades to create, in the public’s mind, a gauzy connection between the Twin Spires, the Kentucky Derby, and the storied history and grand tradition of thoroughbred racing.

“As I see it, CDI’s leadership team and its board of directors, which presumably must consider all legitimate offers, has to come to appreciate that it is in their best long-term financial interests to maintain that connection in the minds of the consumers, and that selling the track to someone who will continue to support the sport is aligned with that strategy.”

The state’s other two racetracks — Hawthorne Race Course and Fairmount Park — both are in the process of transitioning to racinos that also offer sports betting. Hawthorne has partnered with PointsBet, while Fairmount Park officially rebranded itself FanDuel Sportsbook & Horse Racing last week.

The new commissioner took aim at what Churchill Downs Inc. called a “unique redevelopment opportunity” in its statement announcing the sale of the property. He suggested that the company that made a name for itself on horse racing would damage its reputation by failing to sell Arlington to an outfit that would continue to offer racing.

“The facts here are clear: On its current trajectory, CDI intends to shut down for good what is generally viewed as the most beautiful racing facility in the country,” Henry said. He said taking that action would “produce massive collateral damage across the thoroughbred and standardbred industry statewide, and continue to generate a rising tide of ill will among horse players nationwide.

“That is a really bad look when the foundation of your brand is horse racing. … We all know that CDI’s intransigence about not selling Arlington Park to a racing concern is in part about protecting Rivers Casino. But does a nasty divorce from Arlington protect CDI from the wrath of legions of horse players both locally and around the country? Not from where I sit.”

Henry added he heard of racing fans considering “dumping their state-licensed Twin Spires advance deposit wagering accounts” and how they were upset over how CDI “brashly talks about relocating Arlington’s racing license to another undetermined venue as if it’s their license to relocate.”

Hawthorne’s further mingling with Australian-based companies as part of its alignment with PointsBet continued, with BetMakers being unanimously approved for a Totalizator license for the 2021 racing season. BetMakers is in the process of finalizing its December 2020 purchase of Sportech, which currently holds the license for Hawthorne. BetMakers CEO Todd Buckingham told the board he does not expect to make any changes while hoping to increase the company’s footprint in the United States.

“Horse racing in the U.S. is going to go through a transition over the coming period,” Buckingham said. “We have seen a very similar scenario here in Australia where we had a lot of sportsbook makers come into the racing environment down here. … We would predict that the U.S. is in an exciting time, and we love to be working with the industry and hoping with the regulators and the racing tracks themselves capitalize on that growth.”

The IRB also approved an amended recapture amount for Arlington Park, revised downward from January’s total of $4.95 million to nearly $4.1 million after an error was noticed by the ITHA and presented to the board.