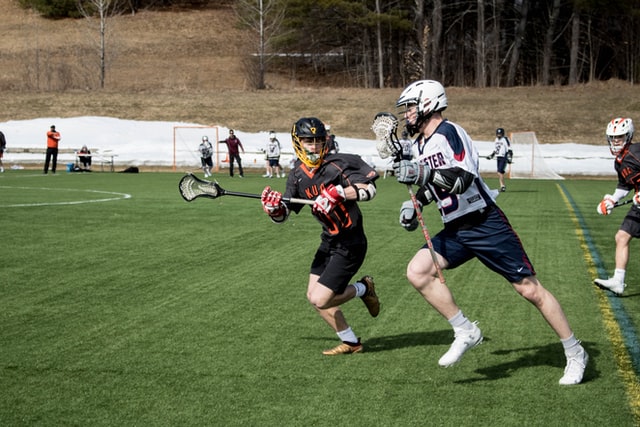 Speaking recently at the University of Notre Dame, Dr. Condoleezza Rice cited a “devaluing of the central proposition of inter-collegiate athletics” to explain why she’s “worried” about how the NCAA, colleges, and student athletes will navigate evolving Name, Image, and Likeness (NIL) policies.

Are the “Wild West” dealmaking shenanigans that exist between major U.S. universities and the world’s most sought-after undergrad athletes about to “kill the goose that laid the golden egg?”

That concern was directly expressed by the 66th U.S. Secretary of State and former Chair for the Commission on College Basketball Dr. Condoleezza Rice during an April 2022 conversation with current University of Notre Dame President, Reverend John I. Jenkins, C.S.C.

Dr. Rice, who now serves as the Director for the Hoover Institution think tank at Stanford University, recently shared her thoughts on the Name, Image, and Likeness (NIL) debate that has been swirling around collegiate athletics for decades.

Following is a breakdown of the five-minute segment related to the NIL debate that was uploaded to YouTube on April 29th, 2022, by the official University of Notre Dame channel.

(33:16-33:44) Rev. Jenkins acknowledges the fondness for college sports that he and Dr. Rice share. Rev. Jenkins then broaches the subject of “challenging times” arising from “NIL abuses, court decisions, [and] litigation,” which uniquely impact schools such as the University of Notre Dame and Stanford University.

(33:44-34:53) Dr. Rice says that she’s “actually pretty worried” due to a “devaluing of the central proposition of inter-collegiate athletics” that Dr. Rice perceives is taking place. In Dr. Rice’s opinion, an individual’s opportunity to earn a four-year college degree (along with the accompanying experiences and perks that come with such an offer) should retain its status as a foundational incentive for attending higher learning institutions.

(34:53-35:03) Dr. Rice believes that the concept of a formal college education representing the “central value proposition” for prospective student athletes has been “lost” – and has been replaced by a narrative that revolves around “exploitation” and there being “too much money.”

(35.03-35:31) Dr. Rice communicates that broad sports programs at U.S. universities – including low profile activities such as women’s rowing, lacrosse, and men’s volleyball – are dependent on funding generated from football. This despite a common, negative editorial focus on an excess of “money” associated with high profile collegiate football programs.

(35:31-35:49) Dr. Rice references her and Rev. Jenkins’ participation in the 2017 NCAA Commission on College Basketball – in which the Commission abstained from ruling on the Name, Image, and Likeness issue due to litigation at that time – but advised the NCAA that “NIL is coming” and that it “probably ought to come.”

(35:49-36:24) Dr. Rice justifies the authorization of collegiate NIL policies for major sports by comparing amateur athletes’ predicament to the compensation-based opportunities that are afforded to students who are involved in other university departments (such as music). The former U.S. Secretary of State opines that officials should implement “guard rails” around athletic-based NIL policies to ensure universities’ and students’ primary focus remains on the “central value proposition” of acquiring a college degree (as opposed to “Wild West” abuses that are currently taking place).

(36:24-37:03)  Dr. Rice believes that universities and students need to get back to “first principles.” The Hoover Institution director then states that – aside from perhaps an individual’s physical size – she is unable to distinguish between an athlete or an academic during her work as a professor.

“That’s somebody who belongs at Stanford, just like somebody who belongs at Notre Dame. They’re having a great academic experience. They’re having a great athletic experience. They’re making connections and networking for the future. What a great thing, and I worry that we’re about to ‘kill the goose that laid the golden egg’ here.” -Dr. Condoleezza Rice — April 29, 2022

(37:04-37:13) Both Dr. Rice and Rev. Jenkins conclude the segment by agreeing with an opinion recently communicated in May 2022 by Nick (Lou) Saban, in which the Alabama Crimson Tide head football coach opines that NIL policies that are intertwined with agreements between coaches and student athletes are getting “out of control.”

Thank you for reading HoosierStateBets.