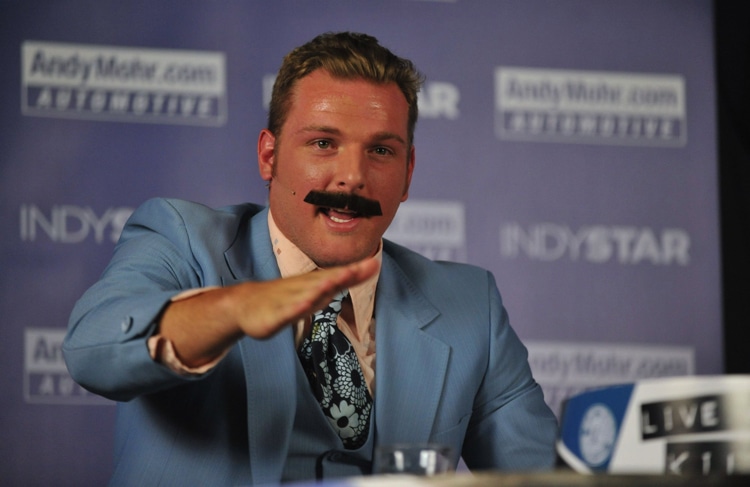 The creator of “For The Brand” has proven to be quite the formidable — and marketable — brand himself.

Former Indianapolis Colts punter-turned-sports betting media personality Pat McAfee announced with FanDuel Thursday they they had reached agreement on a multi-year contract in which Pat McAfee Inc. will continue to provide exclusive content for the sportsbook titan.

In a video posted to his Twitter account, McAfee said the deal is for four years with an opt-out after the third year. He did not disclose financial terms, but Shams Charania of The Athletic tweeted it is reportedly worth $30 million annually.

I can’t thank you all enough..

“We just got paid an absurd amount of money,” McAfee said in the video. “And what that money says is they don’t own our company at all, FanDuel is still our exclusive sportsbook partner, but they just want us to lock in the fact that we will continue to do this show, how we want to do it.

“Maybe in a bigger way in the FanDuel Igloo which we will be moving into in about four or five months for at least three years. … So I am here to say that not only did we just get broken off, we found a little consistency. We’ll be doing this show for the time to come, doing it hopefully in a bigger way, doing it in our own way.”

McAfee and FanDuel became exclusive partners in July 2020, and he has been featured in FanDuel’s “Spread the Love” sports betting promotions. In  those, the betting line moves lopsidedly in favor of a targeted team based on the number of bettors who participate in the promotion. His Pat McAfee Show, which is livestreamed and broadcast on radio on weekday afternoons, has become a staple of the sports betting media scene.

“Simply put, Pat McAfee is the sports media industry’s fastest-growing star and we’re thrilled to deepen our relationship with him as our exclusive partner,” said Mike Raffensperger, chief marketing officer of FanDuel Group, in a statement. “Pat and his team champion the FanDuel brand and together we’ve developed groundbreaking content experiences for his audience and our customers alike. Of course, Pat isn’t just our best marketing partner, he’s also one of our best customers so we expect he will give us some of the money back!”

The 34-year-old McAfee was a punter for the Colts from 2009-16, playing in Super Bowl XLIV as a rookie and earning All-Pro honors in 2014. He was considered among the NFL’s most colorful and media-friendly players. After retiring in 2016, he joined Barstool Sports while remaining in Indianapolis and developed its “Heartland” division while hosting the Pat McAfee radio show for Barstool on SiriusXM.

My time at @barstoolsports will be one I reflect upon fondly. Sometimes adult stuff gets in the way. I’m officially a free agent. pic.twitter.com/ON5KwnFzjc

He left Barstool in 2018, citing issues regarding a lack of transparency on the business side of things, but also retained positive relationships with Barstool founder Dave Portnoy and CEO Erika Nardini. His promotional role with FanDuel makes him a competitor of Barstool’s in the rapidly evolving sports betting industry, as Penn National Gaming purchased a stake in Barstool in January 2020 and relies on Portnoy to market its Barstool Sportsbook in 11 states, including Indiana.

McAfee has been a constant presence across multiple mediums through Pat McAfee Inc., which features gambling-related podcasts and focuses on hockey, professional wrestling, and other sports. He is also a color commentator for WWE Smackdown following a brief stint as a wrestler in its NXT series.

“This new deal with FanDuel will afford us the opportunity to take things to a different level,” McAfee said. “We are incredibly lucky the exclusive sportsbook of our show remains the #1 sportsbook in America. I’m excited for the future. With that being said, we still plan on taking every dollar FanDuel has with our Super Boosts, Hammer DAHN picks, and AJ Hawk’s big brain.”