After leading Indiana's charge into legal sports betting, head of state's gaming commission is headed to the private sector. 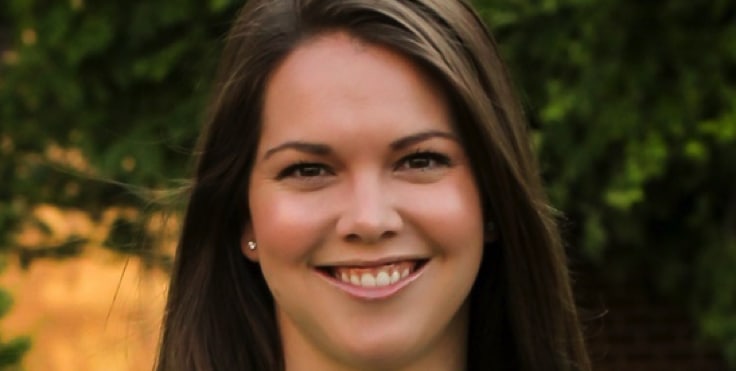 Tait, who oversaw a robust growth in gaming in the Hoosier State since her arrival in 2015, had announced her plans to step down in late August to “pursue opportunities in the private sector.” Among her notable accomplishments were bringing sports betting to Indiana; it launched in September 2019 in relatively rapid fashion. The bill legalizing sports wagering was passed in April of that year and signed into law by Gov. Eric Holcomb the following month.

In that short time span, Indiana has emerged as a top generator of handle and revenue and more than held its own against neighboring Illinois. Through its first two years, Indiana is one of just five states to surpass $4 billion in sports betting handle and $350 million in operator revenue. There are currently nine casinos and two racetracks, with three off-track locations offering retail sports betting and 12 mobile operators, as four casinos have multiple skins.

Another of Tait’s accomplishments was representing the state’s interests in negotiating its compact with the Pokagon Band of Potawatomi Indians as they expanded into Class III gaming at their Four Winds casino in South Bend. That expansion allows the tribe to offer full gaming similar to commercial casinos, including table games and retail sports wagering.

Below is an email Q&A with Tait conducted during her final week as IGC executive director, with added context where needed and noted.

Q: Compare the Indiana gaming industry landscape when you first took the executive director position in 2015 to the current picture as you leave in 2021.

Tait: There has been a ton of significant statutory changes in the industry, leading to flurry of innovation and investment. Nearly a fourth of the casinos are new since my tenure began, with old vessels replaced with new facilities that have had positive economic impacts on the state and local communities. My tenure also oversaw the widespread consolidation of the industry. Indiana was an early passage state for paid fantasy sports and sports wagering, and one of the things I’m most proud of is having an internet sports wagering exclusion plan before the first bet was even placed in our state.

Q: Every state’s gaming agency has its own identity and style. The consistent takeaway I’ve had in covering IGC meetings is the highly collaborative approach among you, the commissioners, and Chairman McMains. Can you describe how the interplay developed during your tenure as executive director and an example that provided the best possible outcome?

Tait: What you’re seeing with the Commission is an extension of the deeply rooted culture amongst IGC staff. We are a very collaborate, team-based group of professionals who take our responsibilities seriously. We function with the expectation of transparency and a real level of trust.

Q: Sports betting became an additional gaming offering during your tenure due to the U.S. Supreme Court striking down PASPA. While there are specifics to sports betting to touch on later, was that the catalyst for gaming expansion in Indiana or one of many ripples in the industry’s expansion in the state?

Tait: As a regulator, the IGC stayed in our lane and left the policy discussions and decisions to the legislature.

Q: We talked a little about this on the side during the end process of having the Pokagon Band expand into Class III Gaming, but writ large to the citizenry of Indiana, people see the casino as the “face” of gaming and usually recognize a notable portion of state tax revenue comes from these venues. Is there a formula to find the sweet spot that benefits both sides?

Tait: In our experience, the public policy that continues to permit and incentivize new and upgraded facilities has shown time and time again to ultimately benefit the local communities and the state. The legislature has taken actions to ensure the industry does not become stagnant and with each law that encourages development, the state has remained competitive.

Q: Somewhat related, and I understand if this gets a “no comment pending litigation” in response since it indirectly involves Terre Haute, but how important is it to say “No” to an entity when the Commission feels it has the evidence that something is not in the state’s best interest?

Tait: The statute is very clear on what the guideposts are, and on most issues we’re managers looking to support the industry so long as they are not prohibited by statute.

(Author’s note: Investors in two casinos, Spectacle Entertainment in Gary and spinoff Lucy Luck in Terre Haute, filed suit against the IGC in April claiming the agency overstepped its bounds in relation to an emergency rule implemented in March. In June, the IGC voted not to renew Lady Luck’s license for the planned “rock-sino” in Terre Haute and reopened the licensing process.)

Q: Something that has taken on more urgency has been the role of women, regardless of profession and industry. What progress has been made in Indiana’s gaming industry in providing leadership paths for women during your tenure with the IGC and how do the industry and the Commission maintain and further such momentum?

Tait: There are still meetings where no company executives are females, unfortunately. But there has been a recognition that greater diversity benefits companies. I’ve worked hard to ensure the Gaming Commission staff reflects these values and initiatives as well. We’ve made great strides and I leave an agency with a framework in place to continue to support the goals for greater diversity.

Q: In the case of sports betting, how much runway did the Commission create for itself as it PASPA was winding its way through the US Supreme Court? And while there are “best practices” that can be taken from other states, the IGC was fairly limited at the time the decision was handed down. What is it like to create something from essentially scratch while realizing how big it could be?

Tait: As with any emerging issue, IGC staff monitored sports wagering so we were in a position to act quickly if the legislature tasked us with regulating the activities. A mark of a good leader is knowing how to use resources and for Indiana, we didn’t feel it was necessary to start from scratch. We were able to identify best practices in other states and we worked to develop close relationships with our counterparts. We also took a very collaborative and transparent approach with the industry.

Q: If someone told you that within two years of the first sports wager placed in Indiana that the state would be a Top 5 market nationally in generating both handle and gross gaming revenue, your response would be?

Tait: We’re a very sport-oriented state and it doesn’t surprise me at all. One of the policy objectives of the bill which authorized sports wagering was to capture the black market and the IGC’s prospective study showed a thriving black market. One of the IGC’s goals was to create a competitive, legal alternative to ensure Hoosiers had a safe, secure place to partake in these activities.

Tait: We constantly evaluate our processes. You can’t be a good regulator unless you’re asking yourself if a particular regulation is serving its purpose and is not overly burdensome. We built a sports wagering framework which can employ many of the same safeguards for future innovation, so I like to think I’ll still have a small role in the Commission’s eventual success.

Q: Looking from the outside in on state government. In some ways, executive director is a position in which you serve “at the pleasure of the Governor.” Having held the spot for six years, is there a “shelf life” because the position is at such a high level of state government, or is this you deciding it’s simply time to pursue your next career opportunity?

Tait: It’s been a great ride and I leave on a high note, having accomplished my goals. I’ll miss the work and it’s been very rewarding but for many reasons, including that my children are now older, it’s a great time to conquer other challenges.

Q: What do you think your overall legacy with the IGC is and how would it be defined in the context of the most critical advances the state made in the industry?

Tait: I think my staff would say I was an innovator and very performance-oriented and really pushed the agency to consistently be a high-performing organization.

Q: And only because I was at the ceremony and noticed it: Why didn’t you smash your ceremonial guitar at the Hard Rock opening ceremony?

Tait: So, I take issue with your characterization! Ha. Smashing occurred. If given the opportunity again, I may change my technique, but it was a solid effort.

(Author’s note: I am skeptical of said smashing, but Tait was also at the furthest point away from my view on stage when Hard Rock held its guitar-smashing.)