Both the Cubs and White Sox are drawing heavy betting interest in the Chicagoland area ahead of the MLB season opener. 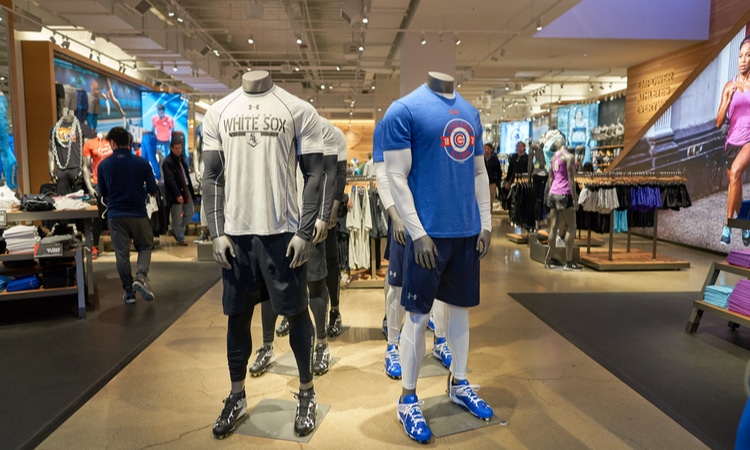 North Side or South Side? Giolito or Darvish? Baez or Jimenez?

Regardless of fan affiliation, there is no lack of sports betting options at sportsbooks across Indiana — and Illinois — for Chicago Cubs and Chicago White Sox fans as Major League Baseball is set to begin its pandemic-delayed and truncated 60-game schedule Thursday.

The two teams residing in the Windy City are offering optimism for different reasons. The Cubs project to be in the thick of the NL Central race in a highly competitive division, but the White Sox have been stealing the thunder in betting markets as a darkhorse not only in the AL Central race but also the American League.

Bettors looking to ‘Fly the W’ flag on Cubs plays

While the Cubs are somewhat of a longshot to win the World Series, ranging anywhere from +2200 at BetRivers and DraftKings to +2600 at FanDuel, there is more intrigue in terms of winning the division. BetRivers and DraftKings have the Cubs as favorites at +225, while FanDuel has them co-favorites with the Cincinnati Reds at +230. BetMGM also lists the North Siders as favorites (+240), but PointsBet is offering them at +300, a distant third behind both Cincinnati (+180) and St. Louis (+250).

Javy made a deposit to the bleachers. pic.twitter.com/BAW3eZcNB5

BetMGM is most bullish on the Cubs qualifying for the postseason, offering +105 odds to make it and -125 to miss out. FanDuel, BetRivers, and DraftKings are nearly identical in this offering, with FanDuel offering +114 “yes” and -140 “no,” while BetRivers and DraftKings are both +115/-139. There is a narrow band for the Cubs to win the National League pennant, with BetRivers and FanDuel offering +1100 and PointsBet and FanDuel at +1300.

Despite being the third-best offering to win the AL Central in all but one sportsbook (PointsBet has the White Sox tied for second with Cleveland at +275 to win the division), the White Sox are getting play in an unlikely area — the American League pennant. BetRivers noted the White Sox, at +1500, are the only team to get more bets to win the AL than the New York Yankees — the favorites at +175. Bettors can get Chicago to win the AL for the first time since 2005 anywhere from +1200 at BetMGM to +1600 at PointsBet and FanDuel.

The White Sox ending their 15-year World Series title drought has a wider range than their North Side counterparts, with DraftKings and BetRivers on the low end at +2400 and FanDuel and PointsBet offering +3300.

Player plays a plenty for both teams

Bettors can find at least one player from each team for almost every category of season leader plays as well as postseason awards. Javy Baez is the top Cubs option to win the National League MVP, ranging from +1800 at DraftKings and BetRivers to +2500 at FanDuel. Kris Bryant and Mike Rizzo also are on the board, with Bryant listed ahead of Rizzo on all sportsbooks with such a play.

Yu Darvish is getting consideration for the NL Cy Young Award, with FanDuel’s +1300 offering the most aggressive one being offered in contrast to +2000 at DraftKings and PointsBet and +2500 at BetRivers. Darvish is also a sleeper pick to lead the majors in strikeouts, with books offering anywhere from +2000 to +2500 in that category.

Over on the South Side, staff ace Lucas Giolito has some backing for the AL Cy Young Award, with offerings ranging from +1500 to +1800. Eloy Jimenez has some love to claim MVP honors in the junior circuit — BetRivers and DraftKings are offering +3000 on the pick — and closer Alex Colome is a +1000 selection at FanDuel and +1200 offering at DraftKings to lead the league in saves.

DraftKings is offering a head-to-head wins total bet for the two teams, with the Cubs -124 to finish with more wins compared to the White Sox at even money. Since both teams are not favorites to win their respective pennants, a World Series clash is a longshot, but that has not stopped sportsbooks from offering it.

DraftKings and BetRivers are offering +16700 on an all-Chicago World Series, while FanDuel is just behind the pair at +17000. BetMGM does not appear all that sold on it, offering the play at +30000. But it is some food for thought as debates will undoubtedly rage over deep-dish and tavern-style pizza.