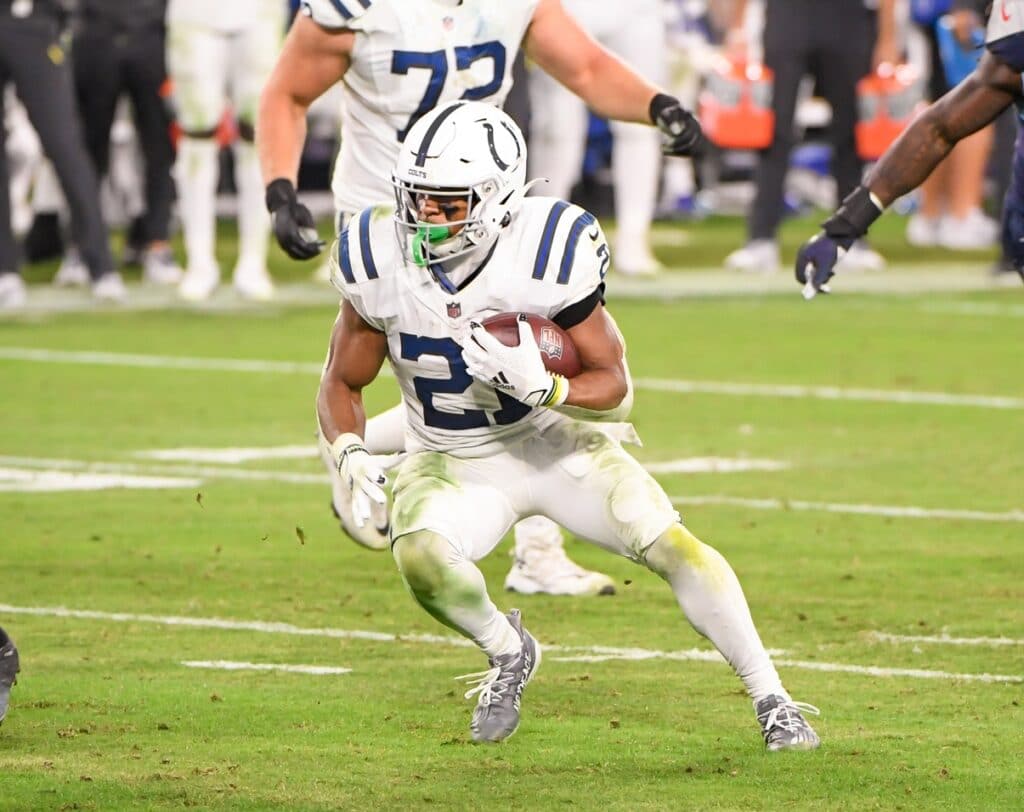 The Indianapolis Colts look to maintain at least a share of the AFC South lead on Sunday when they host the Green Bay Packers in a clash of division leaders that also has a longshot potential of being a Super Bowl matchup.

The Colts (6-3) are tied with the Tennessee Titans for the South Division lead and well-rested for this contest, having beaten the Titans 34-17 on the road Nov. 12 to kick off Week 10. Indianapolis scored 24 unanswered points over the final two-plus quarters, taking the lead for good in the third quarter when Nyheim Hines had a 2-yard touchdown run. Hines finished with 115 yards of total offense and two TDs, catching a scoring toss from Philip Rivers in the first half.

Green Bay (7-2), which leads the NFC North by 2 1/2 games and is currently the No. 1 seed in that conference, may have been caught looking ahead to this game last weekend. Aaron Rodgers rallied the Packers to a 24-20 win over the Jacksonville Jaguars, hooking up with Davante Adams on a 6-yard TD pass with 9:05 to play. Rodgers threw for 325 yards and a pair of scores while running for a third.

While both teams are solid favorites to win their respective divisions, their odds of reaching Super Bowl LV in Tampa are longer. Green Bay is a second-choice favorite to win the NFC at FanDuel and DraftKings (+400) and third at BetMGM (+450), while Indianapolis can be grabbed anywhere from +1400 at BetMGM to +1100 at FanDuel to represent the AFC. While BetMGM does not have a specific Colts-Packers Super Bowl matchup on its board, it does have a +3000 offering for an AFC South-NFC North matchup on Feb. 7.

Oddsmakers see a relatively balanced matchup, installing the Colts as slight favorites. FanDuel has the narrowest line at -1.5, while PointsBet, DraftKings, BetRivers, and BetMGM all tick one-half point higher while all offering -110 in each direction. For the over/under, BetMGM breaks away from the pack at 51.5 points, offering a -106/-115 split, while the other books are all sitting at 51 and -110.

The moneyline is where there is some variation, ranging from -125 at BetMGM, BetRivers, and DraftKings to -132 at FanDuel. There is also a notable range for Green Bay, with FanDuel offering +112, PointsBet, DraftKings and BetRivers offering +110, and BetMGM at +105.

The Colts range as first-half moneyline favorites from -131 (PointsBet) to -137 (DraftKings and BetRivers), while FanDuel has the best Packers offering at +112, followed by FanDuel (+110).

PointsBet is bullish on Rodgers, offering 287.5 yards at -115. One interesting play for Rodgers, who has thrown only three interceptions in 314 pass attempts, is a +139/-175 split for him to be picked off by a Colts defense tied for third in the league with 11 INTs. DraftKings has both listed at -200/+159 for an over/under of 1.5 TD passes.

For wide receivers, Packers star Davante Adams has yet to be given an over/under for yards given his questionable status. On the Colts side, Michael Pittman Jr. has an offering of 49.5 yards, while T.Y. Hilton checks in at 40.5 yards. Both also have an over/under for receptions — Pittman has a +126/-157 split for 4.5 catches, and Hilton is listed at -108/-115 for 3.5 grabs.

At running back, Hines has an over/under of 30.5 yards at either -112 (BetMGM, BetRivers, and DraftKings) or -115 (PointsBet), while teammate and rookie Jonathan Taylor ticks slightly higher to 34.5 yards. Taylor has a -115/-110 split at BetMGM compared to -112 at DraftKings and BetRivers and -115 at PointsBet.