Although the Colts have odds of 40/1 to win Super Bowl LV, Reich is motivating his team to become the first seventh-seed to win a world title 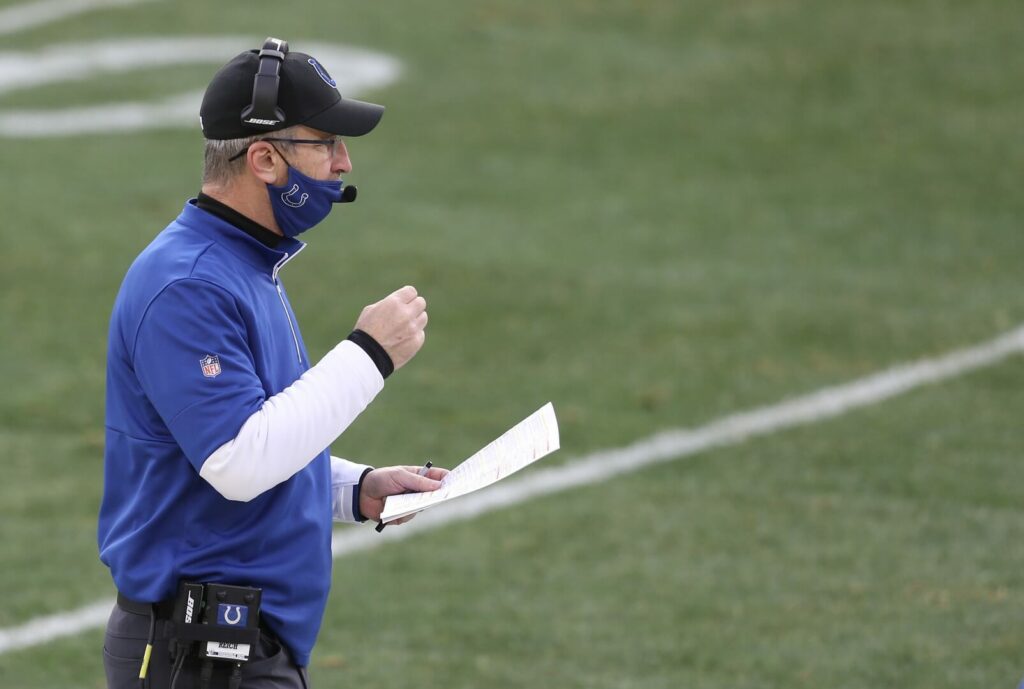 Although the Indianapolis Colts are decisive underdogs heading into Saturday’s AFC Wild Card matchup against the Buffalo Bills, it would not be considered a miracle if coach Frank Reich led his team to an upset over the red-hot AFC East champions.

Reich is accustomed to miraculous comebacks in Orchard Park. In 1993, Reich orchestrated a historic comeback, rallying the Bills from a 35-3 third-quarter deficit to defeat the Oilers, 41-38. On Saturday, Reich will return to Bills Stadium for the first time since becoming head coach of the Colts in 2018. The seventh-seeded Colts are a 6.5-point underdog on the Vegas consensus line. The Bills, winners of six straight, have averaged 38.2 points per game over the streak.

At BetMGM, there are odds of +300 on the Bills-Colts game to finish as the highest-scoring contest of the six on Wild Card Weekend. Only the Titans-Ravens matchup (+210) has lower odds.

As of 12:30 p.m. ET Thursday, the Colts remained a 6.5-point dog at a bevy of prominent books, including DraftKings, FanDuel, and BetMGM. The spread had ticked up to 7 overnight on the Vegas consensus before falling back again to 6.5. The total, meanwhile, has hovered around 51.5 points after opening at 52.5 at the start of the week.  The total has eclipsed 51.5 in three of the Bills’ last five contests, most notably last week in a season-ending 56-26 win over the Dolphins.

The Colts, ranked 20th against the pass, must contain Bills quarterback Josh Allen, the AFC’s Player of the Month for December. Over the month, Allen threw for 1,516 yards and 15 touchdowns while completing more than 70% of his attempts. For the season, Allen set numerous franchise single-season records, including those for passing yards, completion percentage, passing touchdowns, and total touchdowns.

When watching film on Allen this week, Colts linebacker Darius Leonard gushed about the third-year quarterback’s arm strength. Leonard pointed to an incomplete pass Allen launched off his back foot, when he overshot a receiver on a deep route.

“He was on the 25-yard line, he launched it off his back foot 60 yards. He just has a cannon,” Leonard said in a team media session. “He has some great skill guys and they know how to use that offense to make him look as good as he’s been playing.”

FanDuel set the total on Allen’s combined passing and rushing yards for Saturday’s game at 334.5 yards.

Indianapolis will also have to slow Stefon Diggs, one of the NFL’s top receivers throughout the season. Diggs, who is in his first season with the Bills, led the league in receptions and receiving yards during the regular season. PointsBet has set the total for Diggs’ receiving yards against the Colts at 93.5. Diggs has cracked the 100-yard mark in three of his last four games.

Diggs is also a heavy favorite (-400) in a head-to-head prop against T.Y. Hilton (+280) that asks bettors to select which wideout will finish with the most receiving yards in Saturday’s game.

On the other side of the ball, the Colts can control the clock with a steady dose of Jonathan Taylor. Last week, the rookie from Wisconsin rushed for 253 yards and two touchdowns vs. the Jaguars. Over Taylor’s last six games, he has 741 rushing yards (6.2 yards per carry) and eight touchdowns.

Less than 48 hours before kickoff, the Colts have received tepid support from bettors. In terms of moneyline wagers, only 16% of the handle at DraftKings is on Indianapolis (+245). The Colts have less support on spread wagers, with just 9% of the handle – the lowest of the six underdogs on the weekend.

Reich is confident in his team despite their low seed.

“I don’t care what seed we are,” Reich said. “We’re the seven seed, big deal. We’ve got to seize the opportunity. This is the first year for a seventh seed. Well, let us be the first seven seed to win a world championship.”