Striker Robert Beric could prove to be a sleeper pick for the MLS Golden Boot as the league's top scorer as the Chicago Fire begin their season Saturday versus the New England Revolution. 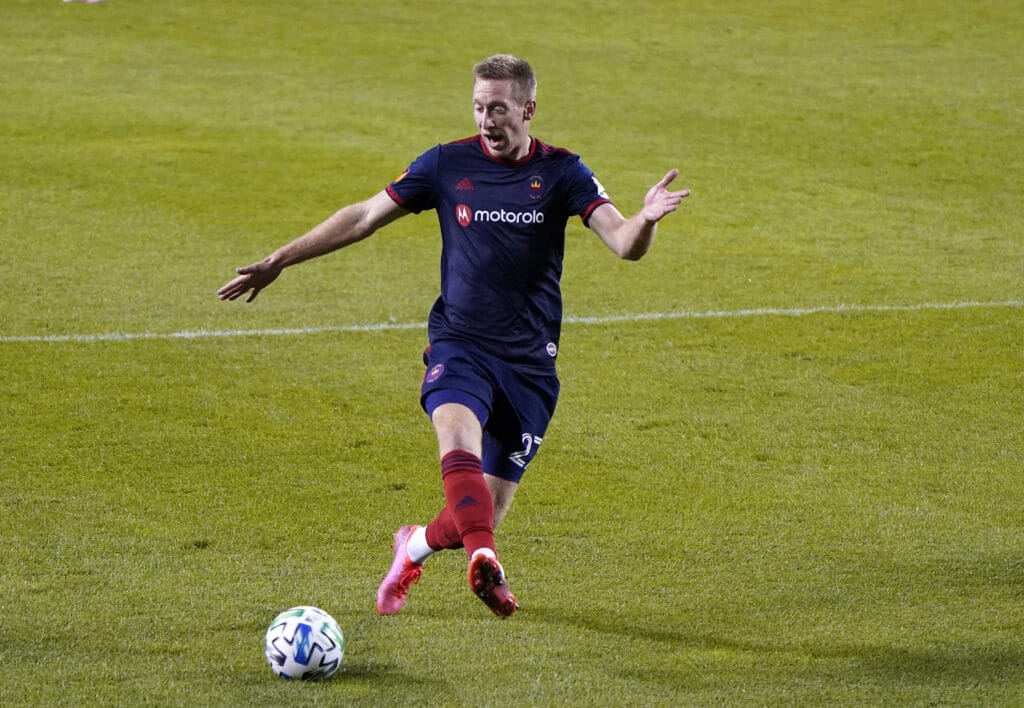 The Chicago Fire’s top-to-bottom overhaul began in earnest last year but in inauspicious fashion — the club unveiled a new logo that was widely panned, a move back to Soldier Field that did not pan out with fans unable to attend due to the COVID-19 pandemic, and new coach Raphael Wicky’s system only took in fits and spurts over the course of the truncated season.

The good news is the team is again redesigning the logo, and there is some optimism the Fire will reach the playoffs for the first time in four years and for just the third time in the last 12. Chicago missed the expanded postseason in 2020 by one point but did claim at least one point in eight of its final 11 matches (3-3-5).

The Fire’s preseason results also have been encouraging with three wins and a draw in six matches, but oddsmakers do not seem overly convinced that will translate to regular-season success.

The six mobile operators in Illinois have the Fire as longshots to win their first MLS Cup since doing so in their inaugural season in 1998. William Hill has the shortest odds at +3000, followed by Barstool (+4000), FanDuel (+4400), and the trio of PointsBet, DraftKings, and BetRivers (+5000).

For the conference title, PointsBet is offering Chicago at +1500 while the Kambi-powered trio of Barstool, DraftKings, and BetRivers list the Fire at +2500.

One reason for skepticism is the lack of a secondary goal-scorer behind target striker Robert Beric. The Fire dealt U.S. international Djordje Mihailovic to Montreal in the offseason to improve their salary cap flexibility, and the hope is Designated Player Ignacio Aliseda will be fully settled after an up-and-down first season with the club last year.

Beric, who scored a team-high 12 goals in 23 matches over his first season after arriving from French Ligue 1 club Saint-Etienne, offers some value as a Golden Boot option as the top goal-scorer in the MLS. He is a +1600 option on the Kambi platform of BetRivers and DraftKings, while PointsBet lists him at +2000 odds.

One head-to-head team prop play offered by the Kambi platform offers the Fire at +200 to finish better than FC Dallas (-305).

The Fire open their season Saturday at home versus the New England Revolution.