Sports bettors in Illinois must again ponder if the Chicago Bears are worthy home underdogs as they face the Minnesota Vikings on Monday night to close Week 10 of the NFL season. 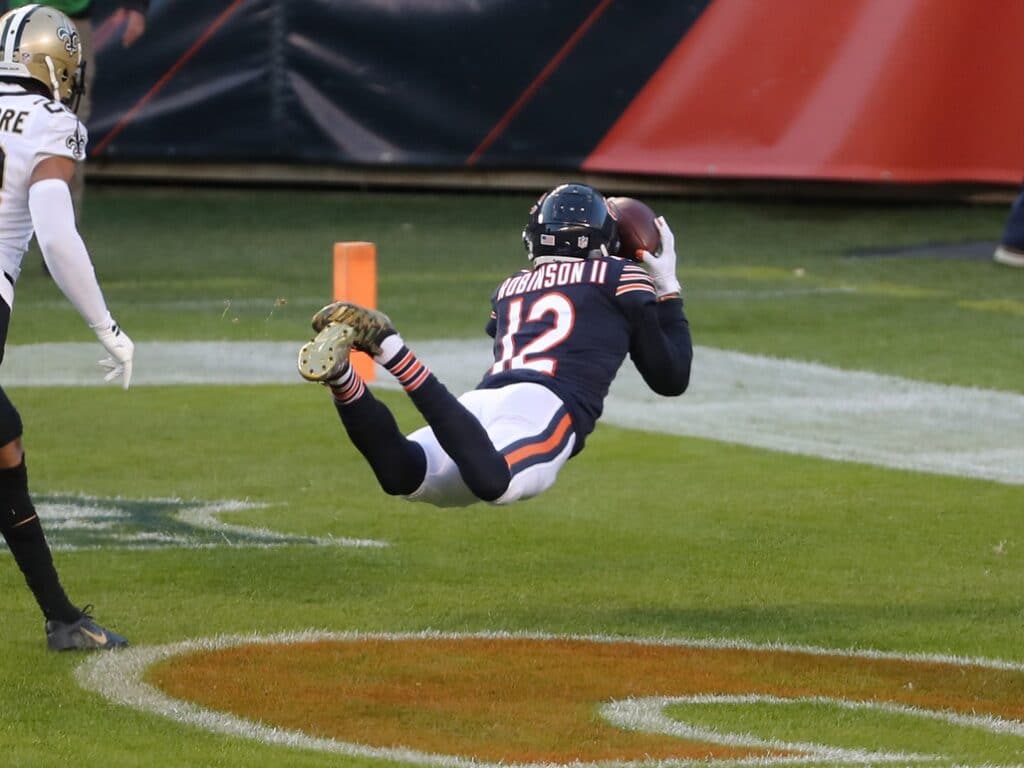 Sports bettors in Illinois must again ponder if the Chicago Bears are worthy home underdogs for their pivotal NFC North clash against the Minnesota Vikings on Monday night to close Week 10 of the NFL season.

The Bears (5-4) are two games behind front-running Green Bay, but an offense that has been unable to get over the hump in recent weeks has contributed to there being little confidence among bettors. Chicago has been a home favorite just once this season, failing to cover a 4.5-point spread in a 17-13 win over the New York Giants in Week 2. The Bears are 2-2 against the number at Soldier Field, covering as 5.5-point underdogs in a 26-23 overtime loss to New Orleans in Week 8 in their most recent home contest.

Minnesota (3-5) is trying to climb out of the NFC North cellar, entering this showdown one-half game behind Detroit. The Vikings are attempting to sweep a run of three games versus division foes, having won at Green Bay and fended off Detroit in back-to-back weeks. Minnesota is 3-1 against the spread on the road, but it is also the first time Mike Zimmer’s team is a road favorite in 2020.

The lookahead line opened with Chicago as 1.5-point underdogs and quickly moved to the Bears +2.5. It did not reach the 3-point threshold until overnight Saturday morning, where it has mainly remained with most sportsbooks.

Of the five sportsbooks where mobile betting is available, DraftKings, BetRivers, and FanDuel were offering the Bears as 3.5-point underdogs as of 11 a.m. CST. DraftKings and BetRivers were offering Chicago at a -120/-103 split, while FanDuel had -110 in each direction. PointsBet had the Bears even money (+100) at +3 and the Vikings -110 at -3, while William Hill countered with the Bears +105 getting the field goal and the Vikings -125 laying it.

After all five books listed the over/under at 43.5 points at the start of Monday morning, PointsBet, FanDuel, and William Hill have ticked higher to 44, all offering -110 both ways. BetRivers and DraftKings have held at 43.5 points, with BetRivers offering -107 and DraftKings -110. The under is 6-3 involving Bears games and has hit in five of the last six after their 24-17 loss at Tennessee last weekend.

For Bears fans thinking they can right the ship and post a victory, the moneyline plays on Chicago range from +160 at DraftKings and BetRivers, followed by William Hill (+155), FanDuel (+154), and PointsBet (+150). The Vikings can be had anywhere from -175 (William Hill) to -186 at BetRivers and DraftKings.

Matt Nagy on turning over play-calling duties to Bill Lazor for #MINvsCHI: pic.twitter.com/N5jh6FsdB3

Player props will have a wrinkle for Bears bettors as head coach Matt Nagy has delegated play-calling duties to offensive coordinator Bill Lazor to try and jump-start a group that has averaged 17.3 points and 54.5 rushing yards over the past six games. One side effect of Chicago’s struggles with the ground game is the lack of over/under offerings for David Montgomery’s rushing yards.

Bears quarterback Nick Foles, though, can be had at various yardage points for over/under players. William Hill is on the low side, offering 263.5 yards at the standard -110, while PointsBet ticks higher to 265.5 yards at -115. BetRivers, DraftKings, and FanDuel are all offering 270.5 yards, with BetRivers and DraftKings offering even money for the over versus -124 for the under, while FanDuel counters with +116 for the over and -142 for the under.

Sportsbooks are split on first-half lines, with PointsBet and William Hill offering the Bears as 2.5-point underdogs. PointsBet has a -105/-115 split offering in contrast to William Hill’s -110. The other three books have a 1.5-point spread, with FanDuel offering -110 and DraftKings and BetRivers countering with -108/-113.

FanDuel stands out for the first half over/under offerings at 22.5 points, split +115/-135, compared to the others at 21.5 points. William Hill is offering even money for the over at that total with -120 for the under, BetRivers and DraftKings have a -108/-113 split, and PointsBet has -110 in each direction.

PointsBet and William Hill are the best plays for Bears moneyline backers in the first half at +135, followed by FanDuel (+124), and DraftKings and BetRivers (+115). The best offer on the Vikings leading at halftime is -139 at BetRivers and DraftKings and ranging to -160 at PointsBet.