Bears Look To Right Ship at Tennessee, While The Colts Host The Ravens

Bettors in Illinois and Indiana have a pair of intriguing games to wager on for Week 9 as the Bears face the Titans and the Colts play host to the Ravens. 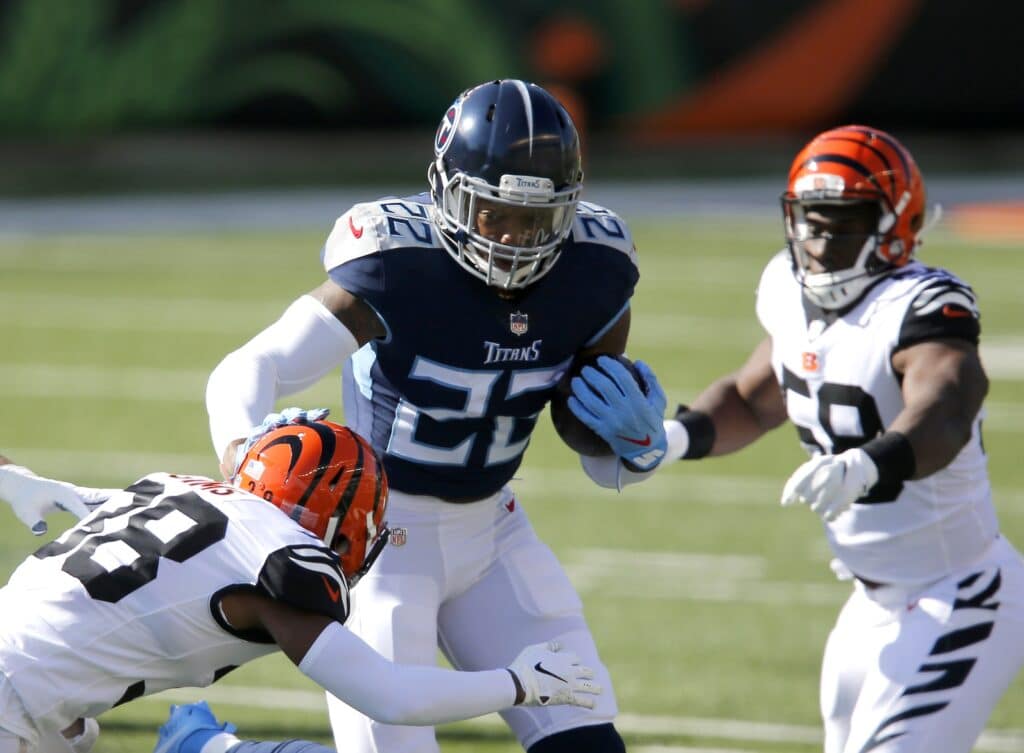 Bettors in Illinois and Indiana have high-profile contests for their NFL wagering options in Week 9, with the Chicago Bears facing the Tennessee Titans on the road and the Indianapolis Colts hosting the Baltimore Ravens.

Both games kick off at 1 p.m. EST/noon CST, with the Bears and Titans out to avoid third consecutive defeats and the Ravens and Colts jockeying for positioning in the AFC playoff race. Chicago is coming off a 26-23 overtime loss at home to New Orleans last Sunday, while Tennessee came out flat and never recovered in a 31-20 defeat at Cincinnati.

While not as pronounced as last Sunday’s matchup with New Orleans, a game Chicago covered in most sportsbooks as 4-point underdogs, bettors are fading the Bears for a second straight week. The consensus Las Vegas line opened with them as 5.5-point underdogs, and the Titans are now favored by 6.5 points across the board at DraftKings, BetRivers, FanDuel, PointsBet, William Hill (Illinois only) and BetMGM (Indiana only).

William Hill has the lowest over/under offering at 46.5 points (-110), while FanDuel, PointsBet, and BetMGM all have a listing of 47.5 points. DraftKings and BetRivers have split the difference at 47, and only PointsBet has strayed from the standard -110 offering, providing -105 for the over and -115 for the under.

Bears backers feeling an upset can get +265 on the moneyline at both DraftKings and BetRivers, with the number ranging all the way to +230 at William Hill. Those thinking Tennessee will hold serve at home can get as low as -225 at BetRivers and DraftKings, while BetMGM has the Titans as -304 favorites to end their skid.

Titans running back Derrick Henry is the primary prop player offering, with DraftKings, BetRivers, and PointsBet all offering an over/under of 94.5 yards. DraftKings and BetRivers are offering -112, followed by PointsBet at -115. All three books list Titans QB Ryan Tannehill’s passing yards line at 250.5, but there is a slight difference for Bears counterpart Nick Foles.

The Colts, who along with the Titans have turned the AFC South into a two-team race, face a critical home contest against the Baltimore Ravens Sunday. Indianapolis (5-2) has won back-to-back contests including a 41-21 victory at Detroit last weekend, but Baltimore (5-2) is a huge step up in caliber of opponent. The Colts’ lone win against a team with a winning record came in Week 4 at Chicago.

The Ravens also have a point to prove, coming off a 28-24 loss hosting undefeated Pittsburgh last Sunday. Baltimore’s other loss came at home to defending Super Bowl champion Kansas City in Week 3, and the Ravens committed four turnovers in their loss to the Steelers — nearly matching their total giveaways in their first six games.

Colts backers can get +110 on the moneyline at both FanDuel and PointsBet, while DraftKings and BetRivers are offering -121 as the best play for Baltimore.

BetMGM has “gone rogue” in the sense it is offering the Colts as one-half point favorites for first-half action while everyone else has the Ravens favored by that margin. BetMGM is offering the Colts +105 and the Ravens -134 on that split, while PointsBet has +100/-121, DraftKings and BetRivers have -108/-121, and William Hill and FanDuel have -110 in either direction.

DraftKings did have some player props available, with an over/under of 215.5 passing yards for Ravens quarterback Lamar Jackson and 259.5 for Colts counterpart Philip Rivers. Acknowledging Jackson’s dual-threat capabilities, he also has an over/under of 47.5 rushing yards, and all of those offerings are -112 in each direction.