The Bears (8-8) backed into the seventh and final NFC postseason spot, with the mobile books in Illinois have listed the Bears as decisive 'dogs. 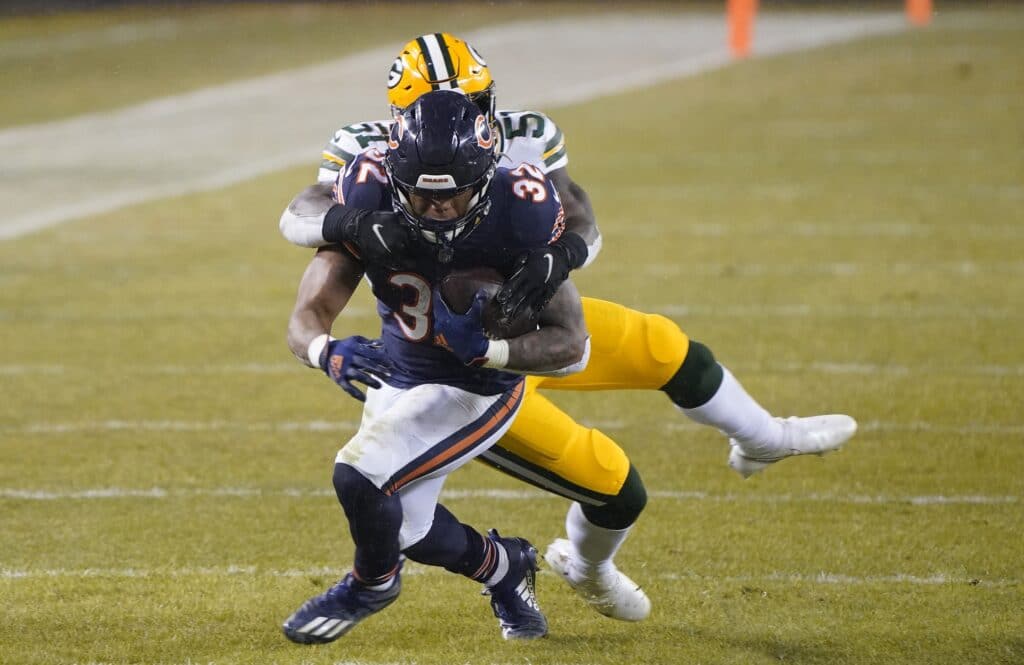 While Chicago Bears fans in Illinois will have a vested interest in the playoffs, they will have much to ponder for sports betting purposes in their team’s wild-card showdown with the New Orleans Saints on Sunday.

The Bears (8-8) backed into the seventh and final NFC postseason spot in Week 17, with the Arizona Cardinals’ loss to the Los Angeles Rams granting them entry after they lost at home to the Green Bay Packers. Sunday’s matchup at New Orleans (12-4) is a rematch of a Week 8 contest won 26-23 in overtime by the Saints in Chicago in which Drew Brees threw for 280 yards and two touchdowns and all-purpose back Alvin Kamara had 163 combined yards rushing and receiving.

There is one notable difference for the Bears in this game in contrast to the first meeting as Mitch Trubisky is now their starting quarterback. Trubisky helped fuel a late-season offensive surge for Chicago, but some of his limitations were clearly on display in last Sunday’s 35-16 loss to the Packers. The game also has the feel of an overall referendum on both Trubisky — the No. 2 overall pick in the 2017 draft who has been erratic throughout his four seasons — and coach Matt Nagy despite a second playoff appearance in three years in charge.

The second-seeded Saints are relatively healthy for this contest, though they are still waiting for Kamara to clear the league’s COVID-19 protocols. The running back sat out their season-ending 33-7 win over Carolina after testing positive and has been practicing remotely this week. New Orleans caught a break with this game being played Sunday since that is the earliest Kamara could rejoin the team should he clear COVID protocols.

The Bears have won both playoff meetings, a 16-6 victory in the wild-card round in 1991 and a 39-14 rout in the 2007 NFC Championship that led to their most recent Super Bowl appearance. This is the first time, though, the teams are playing in the Superdome in the postseason and the first road playoff game for Chicago since 1995.

The Bears needed help to make the playoffs, but they’re on their own against the Saints. It’s a NFC Wild Card weekend showdown Sunday on CBS 2. https://t.co/Ld8HOi8z1i

The five mobile sportsbook operators in Illinois have listed the Bears as decisive underdogs. FanDuel is the lone book currently offering them as a single-digit underdog, but just barely. Chicago is a 9.5-point underdog at -105 there. PointsBet, William Hill and the Kambi platform powering DraftKings and BetRivers all listing the Bears as 10-point underdogs.

Kambi has that offering at -109 while William Hill and PointsBet are right behind at -110, but PointsBet is also running a “No juice weekend” promotion for the playoffs in which all of its full-game weekend spread offerings will be priced at even money (+100).

The money line is split at +400 at Kambi and William Hill and +380 at PointsBet and FanDuel for those feeling the Bears can spring an upset and record their first playoff victory since defeating Seattle in the divisional round in 2010. The over/under has a narrow range, offered at 47 points at PointsBet and William Hill at -110 in each direction, while FanDuel and the Kambi platform tick higher to 47.5 points. FanDuel has a -104/-118 split, while Kambi counters with -106/-114.

William Hill has the best two-way, first-half moneyline offering at +260, though FanDuel’s 3-way offering is +290 and Kambi lists +270. Otherwise, the other four books are sporting +250 for the Bears on the two-way moneyline for the first two quarters. There is a split on the first-half spread, with Kambi (-108) and William Hill (-110) offering Chicago +6.5 and FanDuel (+100) and PointsBet (-105) offering bettors the Bears +6.

"This is the year."@heykayadams says watch out for the @Saints at full strength this postseason pic.twitter.com/JXSvehbYQz

Among sportsbooks offering player props, they are not convinced Brees will match his Week 8 passing yards total. PointsBet and Kambi have both listed 267.5 yards as the number, but the former has a split of -106/-138 and the latter is offering -112 in both directions.

Nick Foles threw for 272 yards in the loss to New Orleans, but oddsmakers do not expect Trubisky to match that total. Kambi is offering 244.5 yards at -112, while PointsBet counters with 243.5 at -115. For bettors looking for lightning to strike twice in terms of touchdown scorers from the first meeting finding the end zone again, Bears wide receiver Allen Robinson III is a +195 option for an anytime touchdown, and fellow wideout Darnell Mooney — questionable with an ankle injury — is listed at +380.

On the Saints side, Taysom Hill can be had at +260 and tight end Jared Cook is +230. Kamara is an overwhelming favorite to hit paydirt at -180, while star receiver Michael Thomas, who sat out the last three games with an ankle injury and played in just seven overall, is listed at +135.