A narrow spread makes for challenging betting for the Week 6 matchup between the Chicago Bears and Carolina Panthers. 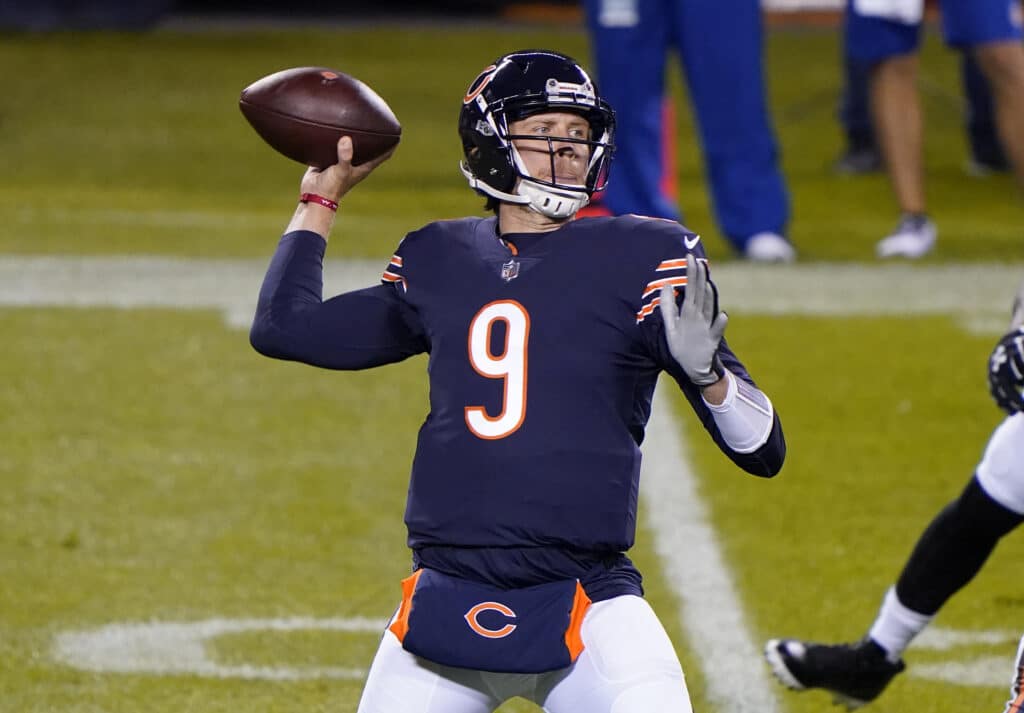 Well-rested after holding off Tom Brady and the Tampa Bay Buccaneers on Oct. 8 to kick off Week 5, the Chicago Bears are a challenging proposition this week for sports bettors in Illinois heading into Sunday’s matchup with the Carolina Panthers on the road.

The Bears (4-1) are slight underdogs at all five sportsbooks with access to mobile wagering in the Land of Lincoln as of 10:30 a.m. Friday. Three of the five oddsmakers — PointsBet, FanDuel, and William Hill — list Chicago as 1.5-point underdogs, while DraftKings and BetRivers have Carolina (3-2) favored by a single point. FanDuel is the only sportsbook that has moved off the standard -110 bet, offering the Bears -115 with the 1.5 points and the Panthers -105 laying them.

For moneyline offerings, William Hill is currently offering the best play on the Bears at +110, with the other four sportsbooks listing them at even money (+100). The Panthers are ranging anywhere from -114 at BetRivers and DraftKings to -130 at the British-based William Hill.

FanDuel stands out among the offerings for the over/under at 43.5 points compared to 44.5 elsewhere. FanDuel is offering -115 for the over and -105 for the under on that play.

FanDuel and PointsBet have over/under listings on some player props. At quarterback, FanDuel has established Nick Foles’ over/under at 246.5 yards at -110, while PointsBet has set the bar at 251.5 yards at -115. The Australian-based book also has Foles’ over/under of pass attempts at 36.5 and is offering the Bears signal-caller at -108 to throw for more head-to-head yards than Panthers counterpart Teddy Bridgewater (-124).

The narrow overall spread also makes for interesting doings for bettors interested in placing first-half wagers. FanDuel has also staked out a different area as the only sportsbook of the five offering the spread as a pick’em, with the Bears even money and the Panthers -120. The other four books have the Panthers as half-point favorites, with BetRivers currently having the best offering for the Bears at -107, followed by William Hill (-110), DraftKings (-117), and PointsBet (-121).

William Hill is again the best moneyline option for Bears backers, offering them at +110, slightly better than PointsBet (+105). FanDuel is offering even money while DraftKings and BetRivers check in at -107. It should be noted for three-way moneyline options available in the first half, FanDuel has the Bears at +115, while DraftKings and BetRivers are at +110. Both are offering +950 for the teams to go to the locker room tied.

PointsBet and William Hill are offering a first-half over/under of 21.5 points at the standard -110, while the other three sportsbooks have a listing of 22.5 points. FanDuel has a larger spread, offering +110 for the over and -130 for the under, while DraftKings and BetRivers are offering -112 and -117, respectively.