The Bears have been established by oddsmakers as one of the biggest underdogs for early NFL Week 1 betting as they open their season on the road versus the Los Angeles Rams. 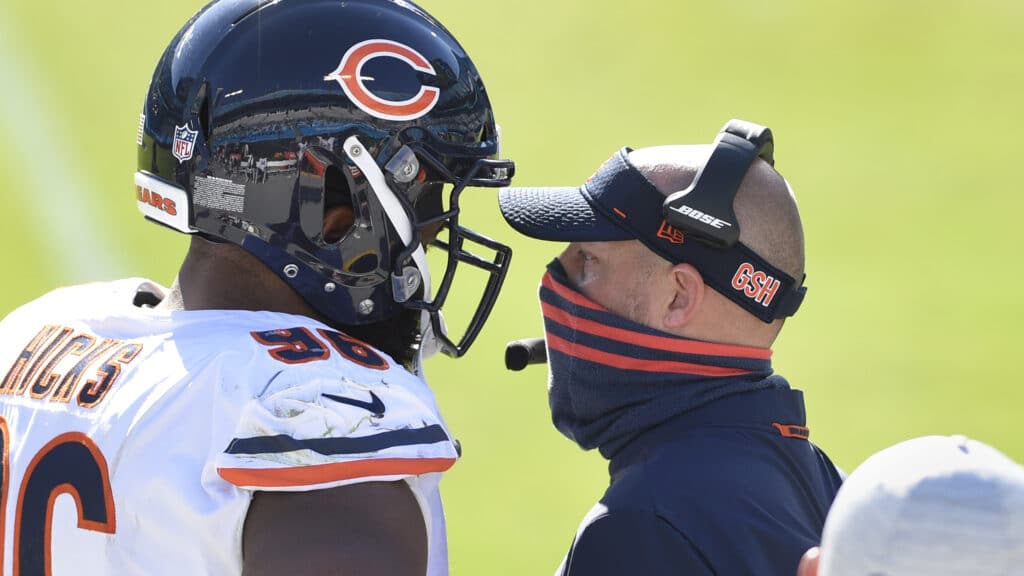 It is never too early to ponder a Week 1 NFL betting line, and oddsmakers are highly skeptical Justin Fields or Andy Dalton will lead the Chicago Bears to a road win over the Los Angeles Rams to open Sunday Night Football.

With the league set to release the rest of the 2021 schedule Wednesday night, it offered a taste with the Week 1 offerings, which was plenty of incentive to mobilize sportsbooks into putting up betting lines for the first 16 games.

Eight of Indiana’s 10 mobile operators are currently offering lines for the Bears-Rams as well as the Indianapolis Colts’ season opener against the Seattle Seahawks. The NFL regular season opens Sept. 9 with the Super Bowl champion Tampa Bay Buccaneers hosting the Dallas Cowboys.

Bears one of biggest Week 1 underdogs

While the Bears generated optimism in Chicago by trading up to draft Fields as their next franchise quarterback, there is still the matter of him or Dalton trying to solve the Rams defense, led by three-time NFL Defensive Player of the Year Aaron Donald.

The Bears are 7-point underdogs at all but one of the eight books, with WynnBET the outlier by offering the high-side hook to make it +7.5. Chicago is -120 to cover the spread, while Los Angeles is even money. The Kambi platform — powering BetRivers, DraftKings, and Unibet — has the Bears +7 at -112 and the Rams -7 at -109.

PointsBet has the Bears +7 at -115 and the Rams -105 to lay the touchdown. William Hill, FanDuel, and BetMGM all have the standard -110 in each direction. Barstool Sportsbook in Illinois is also offering Chicago +7 with a -112/-109 split.

For those confident in a Bears upset victory to start the season, they can be grabbed on the moneyline from +235 at FanDuel to +290 at WynnBET. The Rams range from -335 to -360 as favorites. Most sportsbooks have pegged the over/under at 45 points, with WynnBET offering a low-side hook and BetMGM a high-side one.

After making the postseason as the final wildcard last season, the Colts drew the NFC West champion Seattle Seahawks and star quarterback Russ Wilson for their opener. Oddsmakers are offering some value to Lucas Oil Stadium as a home-field advantage for Indianapolis, which has been installed as 2.5-point favorites across the board except at FanDuel (-2).

FanDuel is offering the best moneyline value for the Colts at -122, with it ranging to -140 at BetMGM and William Hill. The Caesars-owned sportsbook also has the highest value for the Seahawks at +120, though that band is more narrow and ranging down to +106 at FanDuel.