Plenty Of Bears Bets To Ponder As NFL Season Draws Near 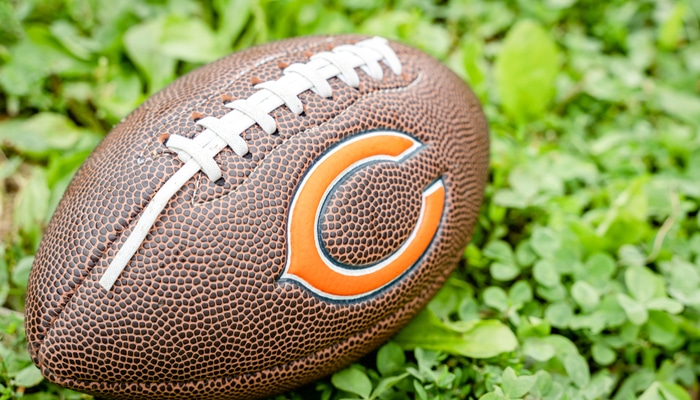 Though the NFL can never truly sneak up on fans given its year-round, omnipresent status, the lack of preseason games in 2020 due to the COVID-19 pandemic and the unprecedented simultaneous occurrences of the NBA and NHL playoffs taking place in August means they can be forgiven for not immediately recalling the season starts in two weeks.

Last year at this time, the state of Indiana was making its final preparations to launch legalized sports betting in time for the NFL season. This year, Illinois has gotten into the act — six sportsbooks are currently operational — and its current status of having remote registration available could result in having more mobile sports betting options beyond the two currently available with BetRivers and DraftKings when the season begins Sept. 10.

All told, Bears fans in both the Hoosier State and the Land of Lincoln have plenty of choices at their disposal for both sportsbooks and actual betting plays.

Coming off an 8-8 season, there is nowhere near the hype surrounding the Bears that preceded their 2019 season after they went 12-4 and surprisingly won the NFC North two years ago. Chicago is a consensus third pick in the division behind Green Bay and Minnesota, with a payout of anywhere from +350 at BetMGM to +450 at PointsBet and many sportsbooks settling at +380 for Matt Nagy’s team to finish atop the group.

BetMGM has some unique offerings inviting bettors to pick either the top two finishers or the full exact order of the NFC North. Picking a Bears-Vikings top two offers +850, while Bears-Packers generates +900. For those more bold, picking any exact complete division order that starts with Chicago winning the division title offers a minimum return of +1100 ranging all the way to +4000 depending on the combination.

Chicago’s longshot playoff chances are also reflected in its NFC and Super Bowl offerings. Most sportsbooks are offering +2000 for the Bears to win the conference, with FanDuel (+2100), PointsBet (+2500), and BetMGM (+2,500) slightly more skeptical. Ending a 36-year Super Bowl title drought has longer odds, with multiple oddsmakers starting at +4000, FanDuel at +4400, and PointsBet and BetMGM at +5000.

DraftKings is offering an odds boost to Illinois bettors for a Super Bowl victory to +5000 from +4000.

The acquisition of quarterback Nick Foles via free agency in the offseason to at least challenge incumbent Mitch Trubisky has resulted in the two being offered in various player bet categories. One of the more interesting options is selecting either signal-caller for Comeback Player of the Year. Three sportsbooks — PointsBet, Unibet, and BetMGM — list both, with Unibet offering the smallest spread between the two with Foles +3300 and Trubisky +5000. Foles is all over the board on this play, ranging from +1400 at FanDuel to +4000 at BetMGM.

Defensive tackle Akiem Hicks is also getting play in this field, though as a deep sleeper option. Hicks, who was limited to five games last year due to an elbow injury, has popped up at +6000 on FanDuel, +6600 at William Hill, and +8000 on BetMGM.

.@FiftyDeuce always lets his play do the talking.

Another defensive player on the Bears worth considering is edge rusher Khalil Mack for Defensive Player of the Year. Coming off a down season in which he totaled just 8.5 sacks, Mack could be a decent value play, with offerings ranging from +1000 at William Hill and BetMGM to as high as +1400 at Unibet.

Week 1 versus the Detroit Lions

The lack of preseason games to gauge teams will make any Week 1 bet a challenge, and Chicago’s season-opener versus Detroit will be no different. Nearly every book has installed the Bears as 1.5-point underdogs for this contest, and most moneyline offerings at +112/-136 save BetMGM (+110/-130) and William Hill (+105/-125). FanDuel is the lone outlier for the spread, offering the Bears as 2.5-point underdogs at -115 with a moneyline of +114/-134.

The over/under for this Week 1 matchup is 44 points at every sportsbook except FanDuel (43.5), while PointsBet has yet to establish an over/under.