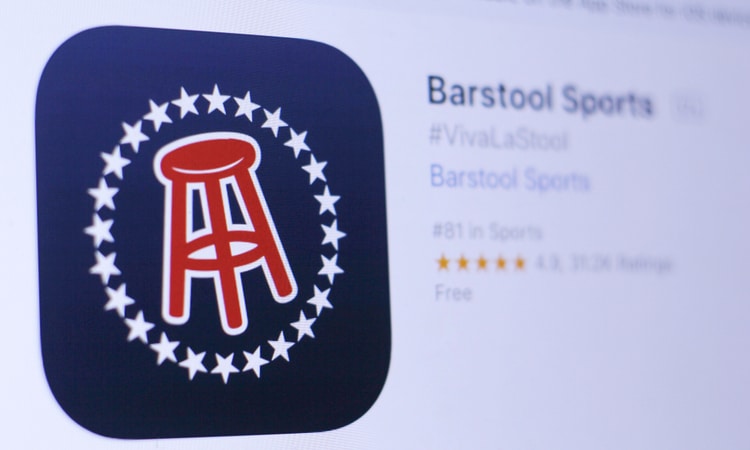 Barstool Sportsbook continued its mobile expansion in the sports betting market Tuesday as it began to take online sports wagers in Indiana.

Barstool has been an active player in the upper Midwest in 2021, also launching mobile operations in neighboring Michigan and Illinois, in addition to already being in Pennsylvania. The Penn National Gaming outfit received its “Go Live Authorization” from the Indiana Gaming Commission on Friday, the same day Barstool Sports founder Dave Portnoy announced via Twitter the mobile sportsbook would be available.

“On behalf of the Penn Interactive team, our partners at Barstool Sports and our risk management and platform providers, I want to thank the IGC for their approval of our online sports betting application,” Penn National President and CEO Jay Snowden said in a release. “As the only gaming operator with a fully integrated sports media and entertainment partner, we have the unique ability to attract new and existing Penn National customers to enjoy our retail and interactive gaming, sports betting and entertainment offerings, as evidenced by our performance to-date in Illinois, Michigan and Pennsylvania.

“Our launch in Indiana is another important step in our Company’s evolution into the leading omni-channel gaming provider, and we are eager to leverage the building momentum for the Barstool Sportsbook app with the additional launches we have planned for 2021.”

Barstool’s entry returns the number of mobile sports wagering operators in Indiana to 11. Caesars Online officially relinquished its license May 5 and did not take any bets in April as the mobile skin of Horseshoe Hammond, leaving Unibet as that casino’s lone skin. Eldorado Properties is selling Horseshoe as one of three divestitures required by the IGC to allow its $17 billion merger with Caesars.

Barstool Sportsbook is the second mobile skin of Hollywood Casino, which also counts PointsBet as a mobile skin for its Lawrenceburg location near the Ohio and Kentucky borders. Hollywood Lawrenceburg has been the top retail casino in Indiana for sports betting in 2021, generating more than $42.9 million through the first four months.

Jockeying for space in a crowded and challenging field

We are officially live in Indiana! Bet up to 1000 bucks as your first bet on Pacers tonight.If they lose we will give you another free bet of matching amount! Plus if you bet Pacers we will give you up to 100 bucks every game they win rest of season. #BarstoolSportsbook pic.twitter.com/F9eDafZVZh

Barstool’s entry into Indiana is more similar to its March arrival in Illinois — there it was the sixth and most recent mobile operator to launch — compared to its January launch in Michigan, where the overwhelming majority of current mobile operators launched simultaneously. In the first three-plus months of online betting in the Wolverine State, Barstool is fourth in handle but second in adjusted gross revenue as operators burn through the typical promotional play that comes with entering a new market.

Barstool fared well in its first month in Illinois, generating more than $5.1 million in revenue off $46.9 million in handle in three weeks of action. Those numbers — good for fourth in revenue and fifth in handle among the state’s six mobile sportsbooks — were aided by wagering on the NCAA tournament as Indiana’s western neighbor had a record $633.6 million handle.

Barstool generated nearly 55,000 registrations in its first 30 days in Illinois, with almost 39,000 making initial deposits, according to its quarterly report. With no marquee sporting event to latch onto — Barstool was able to leverage the Super Bowl in Michigan — figuring out what kind of market share it can carve out in Indiana is difficult to discern.

As is the case in almost every other state, DraftKings and FanDuel control the lion’s share of mobile wagering — the two titans have accounted for nearly 80% of the over $2.75 billion in mobile wagers since Indiana began taking mobile wagers in October 2019.

Barstool’s ability to draw bettors from Ohio and Kentucky, neither of which currently has sports wagering available, could prove vital. PointsBet has benefited from being the mobile skin at Hollywood Lawrenceburg and ranked fourth in mobile handle for five months running, reaching a high of more than $13.4 million in January. Its retail sportsbook was rebranded to Barstool in December 2020.

BetMGM, though, has emerged as the top alternative to FanDuel and DraftKings in Indiana. It has generated at least $30 million in handle for five consecutive months, peaking at $52.4 million in January, and claimed at least 13.7% of the mobile market share in every month in that span. William Hill and BetRivers also comprise that second tier of mobile books Barstool will be vying for market share against throughout the state.

Can Portnoy be the loudest voice in the room?

🚨INDIANA🚨 the @BSSportsbook is now LIVE.

If ever there was a time for Portnoy to live up — or down — to the caricature of carnival barker as a driver to the Barstool Sportsbook app, it may be now in order to establish a foothold in Indiana, which is one of the most competitive mobile marketplaces nationally for sports betting.

Be it loved, loathed, or somewhere in between, there is no denying Portnoy generates traffic for his sportsbook. More importantly, he does it in the best possible fashion for Penn National — his social media presence drastically lessens the advertising spend compared to other mobile operators.

Of those 55,000 registrations in Illinois, more than 20,000 came in a 36-hour span after Gov. JB Pritzker allowed his Executive Order permitting remote registration to lapse. And of those 20,000-plus signups, more than 13,000 made their initial deposits.