888Sport will enter the competitive and crowded Indiana sports betting marketplace in 2021 through Harrah's Hoosier Park with an eye on expanding into iGaming as well. 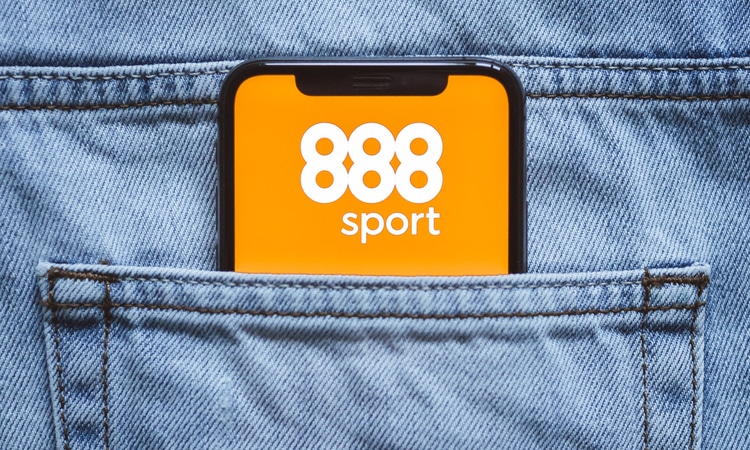 Online gambling operator 888 Holdings announced Wednesday it has reached a multiyear agreement to enter the sports betting marketplace in Indiana with its 888Sport brand via Harrah’s Hoosier Park, starting in 2021.

It’s one of three states 888 will enter next year, having reached similar deals with Colorado Grande Casino in the Centennial State and Catfish Bend II Casino in Iowa. 888Sport currently operates in New Jersey and has plans to launch in Pennsylvania next year. The actual launch date in Indiana is contingent on approval from the Indiana Gaming Commission.

“We are delighted to sign these agreements with three great partners – the Colorado Grande Casino, Catfish Bend Casino II LLC, and Harrah’s Hoosier Park – that will enable 888 to bring its first-class online sportsbook to bettors in Colorado, Iowa, and Indiana,” 888 CEO Itai Pazner said in a statement. “The U.S. online betting and gaming market has huge growth potential, and we continue to build a strong platform for growth across both our B2B and B2C operations.”

888 also sounded an optimistic note in its release, saying it expects both revenue and adjusted EBITDA to be ahead of prior expectations. It’s projecting revenue to be ahead roughly 45% compared to 2019 and for its adjusted EBITDA margin to be approximately 18.5%, which is “consistent with the margin achieved in the first half of the year.”

888Sport will be entering a crowded and competitive marketplace in Indiana, which posted a record handle of $230.9 million in October. The Hoosier State has 10 online operators that have contributed to a quickly maturing market — Indiana cleared $1 billion in cumulative sports betting handle in July — just 10 months after launch — and has an outside chance to clear $2 billion at year’s end depending on how robust wagering is over the final two months.

Additionally, it will be the first sportsbook operator tied to a horse racing track in the state, though Harrah’s Hoosier Park does have the backing of the Caesars name as part of the $17.3 billion Eldorado Properties merger that was completed in July.

Harrah’s Hoosier Park and its two off-track betting sites in downtown Indianapolis and New Haven generated more than $4.1 million in sports betting handle in October and nearly $11.7 million since August as sports betting has surged throughout the United States as offerings became available following the shuttering of leagues.

“We have a longstanding relationship with Caesars,” 888 Senior Vice President and Head of Gaming Development Yaniv Sherman told Hoosier State Bets. “It’s a powerful brand in New Jersey and Nevada ,and they have been our licensed operating partner in New Jersey. We’ve had a decade working with Caesars, and Harrah’s Hoosier Park was a natural fit to gain market access in Indiana. We always opt to partner with our blue-chip operators we can count on with like-minded organizations.”

Eldorado has made a ready $60 million commitment to upgrading both Hoosier Park and the state’s other track, Indiana Grand in Shelbyville, and will contribute $25 million to an escrow fund over the next 10 years to be spent exclusively on racing-related items.

Sports betting is the first part of 888’s grand plans for Indiana to also include iGaming, which it currently offers in New Jersey via online casino games and poker. In August, Hoosier State Senator John Ford said legislators will consider such legislation in 2021, and Sherman expressed confidence that both lawmakers and regulators will be able to activate the market sooner rather than later.

“They’ve taken pages off other states, that you’re not reinventing the wheel. They let the regulators go to work, and they’ve created a competitive landscape,” Sherman said about Indiana. “They’re very effective with rigorous requirements, and they monitor closely. They have been very business-minded and are making sure we’re transparent and operationally geared.”

With that expansion in mind, Sherman is cognizant 888Sport has to put its best foot forward as a new entrant in the state. There is some concern that the sports schedule for 2021 is not fully defined as a result of COVID-19, but the confidence is there to make an impact upon launch.

“2021 will be an interesting year,” he admitted. “We have no idea what the sports calendar will look like, but we’re definitely happy deploying our proprietary technology in the state. It will be one of our first consumer-facing activities outside New Jersey and eventually be part of iGaming landscape.”